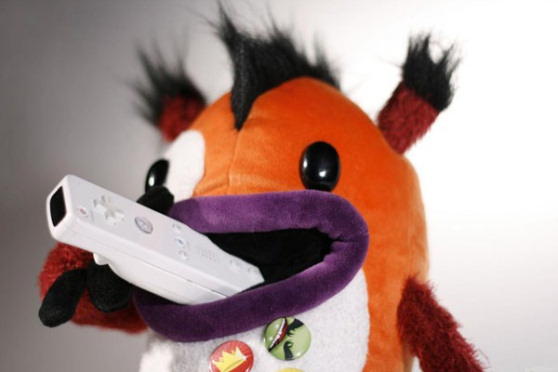 When Zoink Games debuted its trailer for WeeWaa in 2009, eyes lit up. This was the next great kids’ game for the Nintendo Wii that even adults would want to play.

In Justice’s song “D.A.N.C.E.,” which played over the video, Zoink found the perfect tagline: “The way you move is a mystery.” The words nailed what WeeWaa was about: The magic of transforming an ordinary Wiimote into a stuffed toy, which kids could hold and move around to control a matching onscreen avatar.

Time passed, and WeeWaa dropped off everybody’s radar. Nintendo released a new console, the Wii U, in November — without WeeWaa in the Wii’s library. It even slipped our minds last month when we ran down the list of Wii games that never were. But as proof to how effective Zoink’s choice of song was, all it took was to hear “D.A.N.C.E.” again for us to wonder, “What happened?”

Klaus Lyngeled, the owner and creative director of Zoink and the creator of the project, told GamesBeat that the game is indeed on hold. WeeWaa earned praise for its innovative design after appearing publicly at Gamescom in 2010, but that wasn’t enough to secure its future.

“We did finish the game for Wii, and the tech and gameplay [were] working really good,” said Lyngeled. “But the investor and publisher didn’t go through with publishing it since the Wii market wasn’t strong enough. It was a very big disappointment to us, too, since we had worked with the project for many years. We even designed the plush toy ourselves and set up the full production in China.”

Why exactly did the investor and publisher pull out? “It was mainly because they didn’t see any third-party games selling on Wii,” he said. “The kids angle worked really well on Wii. At the beginning, we had deals lined up with both Walmart and Toys ‘R’ Us. They loved it, but then the market changed, and third-party games just didn’t sell.”

So Zoink took the assets and designs for the story, characters, and universe and recycled them into a mobile game for iOS and Android called WeeWaa RockOn!.

“It’s also exactly the same 3D models and characters from the Wii game,” said Lyngeled. “The gameplay had to be redesigned from scratch [as] the original was designed around playing with the plush toy in innovative, fun ways. The new game is designed for touch. It’s a pick-up-and-play experience. It’s a much more focused game design. The game is about WeeWaa and his magic guitar, which with music can lift and throw bad Groompas around. It’s actually quite simple and fun.

“We just test-released WeeWaa RockOn! in Canada and Australia and hope to roll out a full release in the U.S. [in] early January. We would like to put the original WeeWaa plush-toy game on Wii U, but we really need a strong partner to make that happen.” 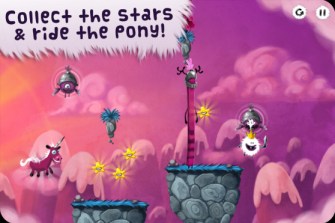 Bringing WeeWaa to Nintendo’s new console would be simple enough. “The new game is developed with Unity 3D, and as you know, the Wii U [supports] Unity 3D,” he said. “So it would probably be easy to get it up and running. Also, the Wii U is still using the same style Wiimote [that] our plush toy was designed to work with.”

Zoink has a few ideas for optimizing WeeWaa exclusively for the Wii U, too. “Another great feature would be to incorporate the GamePad with its screen into gameplay. I could easily see the extra screen becoming a customizable toy for WeeWaa, his backpack, his camera, or use the pen for a coloring/drawing toy. Look at how Toca Tea Party uses the tablet as a table for plush toys. 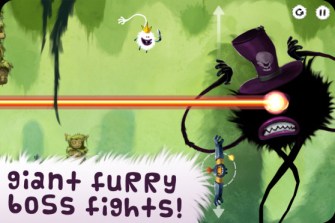 “I have to mention, we also had thoughts about bringing the plush-toy game to the tablets, but that meant we had to develop our own electronics for the plush. And we just don’t have the ability to pull that through on our own.”

The developer also just finished a game for Cartoon Network but isn’t able to share details about that yet. Zoink is working on a separate title for Xbox 360, PlayStation 3, and PS Vita called Stick It to the Man, “a super-creative mind-reading game — all our own creation,” said Lyngeled. “This is done together with Ripstone, which is a new publisher run by the producers of LittleBigPlanet.”

Stick It to the Man will be available around August of next year, according to Lyngeled.