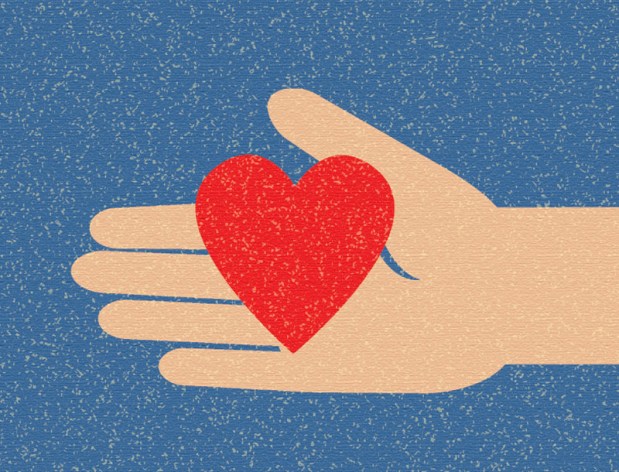 Give 2 Charity from location-analytics company Placed offers a new spin on digital giving.

By letting this new app track your location, you can earn points that work as donations to selected charities, including the American Red Cross, Habitat for Humanity, and the Make-A-Wish foundation. The app is currently available for Android, and it’s coming to iOS soon. 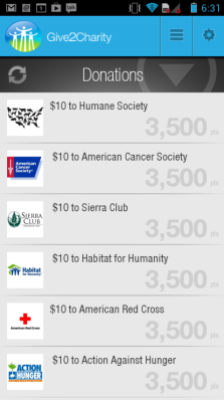 Placed uses the location data for its analytics business, and it aggregates it with data from thousands of other users. It also promises it doesn’t share your data on an individual basis and doesn’t use it for ads. While the idea of constantly sharing your location data may seem like a massive invasion of your privacy, Placed may be able to convince consumers to look past that in order to help charities. (And, of course, its own collection of location data will become more valuable in the process.)

Using the Give 2 Charity app is pretty simple: Simply install it, go through a quick survey, and allow it to use the location services of your phone. Afterward, it’ll run in the background to poll your location data to earn points. You can also earn additional points by sharing points on social networks and recommending your friends to the app. You can choose to disable the location tracking for up to one week.

“Placed sees location is the new currency of mobile measurement, and Give 2 Charity is making that currency charitable,” said David Shim, Placed’s founder and chief executive, in an e-mail.  “This is one of the simplest and low friction ways for smartphone owners to help charities year round.”

Shim says he was inspired to create Give 2 Charity after launching Placed’s recent Panel app, which earns you points for rewards. People downloaded the Panel app more than 250,000 times since its launch in October, and he also noticed that users were eager to donate to charities once Placed added that feature.

“The launch of Give 2 Charity is to build upon that initial response, and reach a wider audience of people who want a simple way to give back to the world,” he said.

The Seattle-based Placed has raised around $3.4 million in funding from Madrona Venture Group and others. The company won the top prize for infrastructure startups at our MobileBeat innovation contest in July.