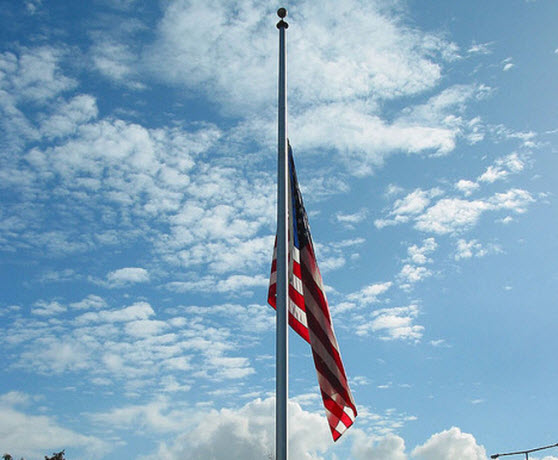 The horror is still fresh around the deaths of 20 children and six adults in the Newtown shootings. And with game-playing at a peak after Christmas, the debate on video game violence will be a conversation for many families during the holiday season.

In the aftermath, the attention is once again focused on what could have driven a shooter so mad. Should we blame video games for the shootings, simply because the gunman played them? For all of us, the pain of these shootings gives this academic debate about gaming violence a renewed sense of urgency.

The mass media are already diving into the issue; some of this coverage is thoughtful and some of it not. On the thoughtful side, The Washington Post conducted a study looking at 10 countries, comparing video game spending and gun-related homicides and found no statistical correlation. The U.S. has the highest firearm murder rate in the world, but other countries where video games are popular have much lower gun-related murder rates. And countries where game playing is the highest are some of the safest in the world.

As for the not-so-thoughtful media coverage: One particular angle was to blame Mass Effect, a game that the reported shooter “Ryan Lanza” supposedly liked, according to his Facebook page. But then the inconvenient fact arose that the killer was actually named “Adam Lanza,” and the Facebook page belonged to somebody else. Not being quick to judge isn’t one of the virtues of mass media.

This isn’t going to go away

The coverage has begun to shift toward the political reactions that are already in motion. The politicians know what their roles are.

“The violence in the entertainment culture — particularly, with the extraordinary realism to video games, movies now, etc. — does cause vulnerable young men to be more violent,” Sen. Joe Lieberman, I-Conn., told the Associated Press.

Lieberman has been involved with the topic of violent games since the bloody Mortal Kombat debuted in 1992, prompting a debate that led to the industry’s creation of the Entertainment Software Ratings Board, which puts ratings with age recommendations on games. At the time, game makers knew it had to adopt ratings or face government regulation and perhaps even censorship. Those ratings have proven remarkably resilient in calming concerned parents and holding off further legislation.

One of the game industry veterans from that time worries that the political aftermath of the shooting will be long-lasting.

“Its going to be hard for the next couple of years no matter where you sit in the games business,” said Greg Fischbach, a startup investor and former chief executive of Acclaim Entertainment, in an email to GamesBeat (his company got into hot water for publishing Mortal Kombat). “On top of that, you have to expect that Congress will attempt to pass some legislation that could impact the Call of Duty’s of the world. The ramifications of the Newtown disaster will impact Hollywood as much as the gun industry.”

Lieberman is retiring, and Fischbach isn’t in the game business anymore. This isn’t their fight anymore. Sen. Jay Rockefeller (D-WV), may be picking up Lieberman’s mantle as the video game industry “watch dog.” He introduced a bill to have the National Academy of Science investigate the impact of violent video games.

Those who are coming fresh to this discussion should know that anti-game legislation was passed, making it a crime to sell violent video games to minors in California. The law was signed by former Gov. Arnold Schwarzenegger, who starred in many violent films. The U.S. Supreme Court ruled in the game industry’s favor, saying that limitations on video games violated free speech and singled out the medium for blame without considering other forms of art or causes. The court found no convincing evidence of a causal link between violence and media.

A generation of feuding

But judging from the reactions in the past week, the Supreme Court didn’t end this debate. I don’t want to see this turn into a Hatfields and the McCoys feud. But the raw emotions on this subject run deep, as an exchange involving two old foes illustrated this week.

Hal Halpin, the president of the lobbying group that represents gamers — the Entertainment Consumers Association — issued a measured statement that noted how close to home this struck. Halpin’s association is based in Wilton, Conn., not far from Newtown, and he said that some in his office had friends and families who suffered deaths in the shooting. Hal’s brother, Spencer, made a thoughtful documentary called Spencer Halpin’s Moral Kombat, in which I played a role. The film is still surprisingly relevant today, even though it was released in 2009 and made much earlier.

“Regarding media requests for a statement about what role violent media — movies, music, games, etc. — has played, I’d simply and respectfully point to the lack of evidence to support any causal link,” Hal Halpin said this week. “As our local law enforcement — involving most of the surrounding towns — work in concert with state and federal authorities, we will likely learn more about all involved and perhaps even more clarity about the murderer, his health and family. But until there are any details that point to media-related blame, it’s premature to make any such assumptions.”

Jack Thompson, the anti-game crusading Miami lawyer who was once the scourge of the industry and is now disbarred, called up Hal Halpin and left him a voice mail message.

“Hey Hal, Jack Thompson in Miami. I think it’s tragic, and maybe it brings the tragedy of others to home … to your home, that this is happened now in Connecticut. Uh, you know, I did what I could to try and prevent these things … I was called a ‘massacre chaser’ by you and your friends … when I all I wanted to do was prevent these things from happening. So maybe now you’ll get it, Hal. Maybe now you’ll get it … though somehow I doubt it.”

No doubt, if he could, Thompson would pass the mantle on to his son to take on the video game companies. It would sadden me to see everyone fall into their familiar roles, with no compromises, and no changes in point of view.

Your views can change

I think that Halpin and Thompson could both agree that we don’t want this to be a problem that we pass on to our children to solve. My oldest child came out to discuss the shootings with me while I was playing a round of Call of Duty: Black Ops II multiplayer combat. The discussion reminded me. Game violence is always the elephant in the room. I would not play Black Ops II in front of my youngest child. With my oldest, I can joke how bad I am at the game compared to her friends. And in real life, I would never own a gun.

I can admit that my views on game violence have evolved. My own brother died at the hands of two gunmen, 19 years ago. Just after that happened, I couldn’t play violent games. But over time, the pain wore off, and I was able to separate fantasy from reality again. Today, I play violent games again, and I see no great contradiction in that, because I have rebuilt the capacity to understand the difference between play and real life. Every one of us will change how we view violent games during our lifetimes, as we move from child to parent, or from one state of life to another.

I can look at this game violence issue from across a generation. But this discussion isn’t about who has the most scars or the freshest ones. I do think that we can all learn something from the debate, but not if we fall back to our well-rememberd, knee-jerk reactions. And that is the only opportunity that I see for all of us to seize in this tragedy.

The debate to me has never been just about whether we should have the freedom to create what can entertain us. It has also been about the responsibility to create something that is meaningful. And it is about whether it is even possible to control and measure the effects of the goodness or badness of media. It is hard to balance these competing concerns, and that is why it has taken more than a generation to solve this problem. To do that, you have to figure out what is fun, what is art, what is safe, what is harmful, and what is like pouring gasoline on a fire. If you shift your point of view slightly, you’ll see that video games can be all of these things.

At some point, when we’re all ready for a sober discussion, we can all raise our heads and address this issue, for once and for all. But I recommend that, rather than digging in, you should try a new point of view.