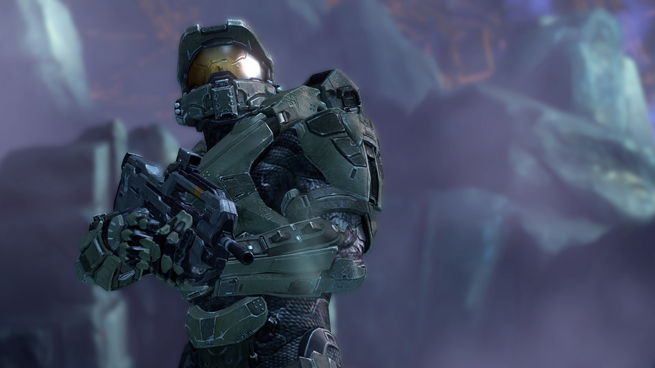 What do I like most about video games? They always strive to do more, to be better.

Games we judged as the best of the best a few years ago might seem dated now. Some feature such tight, timeless designs that they do hold up over the long term, but these fall into a very small category. Otherwise, and in every way, this is the industry status quo: Nearly every game competes not only to outdo past iterations but to also completely dwarf every other title on the market. They don’t always succeed. But one way or another, gamers always benefit from the effort.

The industry moves forward, always forward. So we look back to applaud the new directions it took in 2012 and how they might influence what comes next. 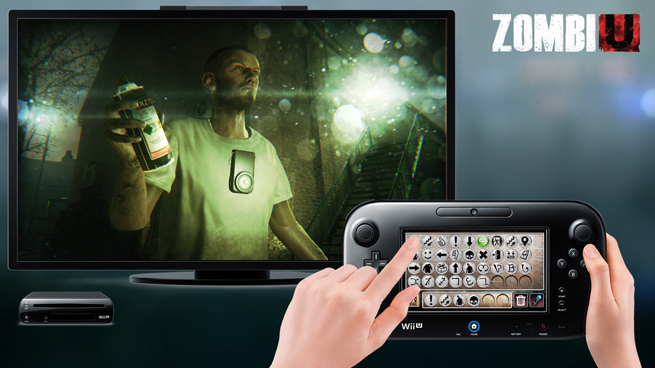 Most Wii U launch titles relegate the GamePad’s spectacular functionality to stolid maps or inventory screens. Ubisoft’s ZombiU does that, too, but in ways that feed directly into — and significantly enhance — its gameplay. Your best tool to survive the undead hordes is the “Prepper Pad” — in fact, the GamePad itself re-created in the game. It scans and tags items, enemies, and exits, but narrowing your attention to the pad’s small screen leaves you vulnerable to attack and permanent character death. Picking through your items makes you feel completely exposed. When a survival-horror game makes inventory management into a completely nerve-wracking experience, you know it’s smarter than the average bear.

Honestly, I haven’t seen game controls so deeply symbiotic with their game since Dance Dance Revolution. ZombiU simply couldn’t exist on a different system, and it’s a beacon to other developers on how to take full advantage of Nintendo’s new hardware. 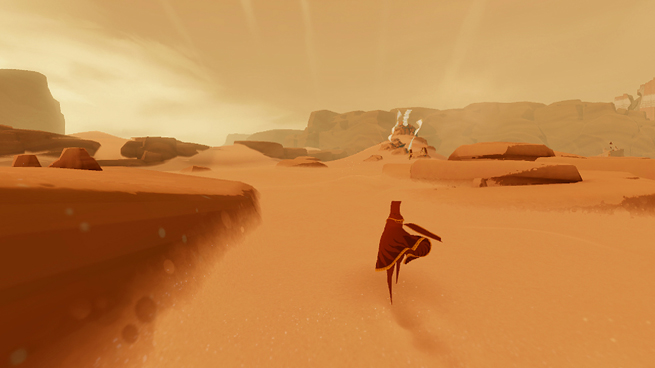 Minimalism isn’t exactly a new thing in games — see N+ and Limbo for details — but minimalism with depth of design and storytelling threads a fine needle with mountaineering rope. Journey, from Jenova Chen and thatgamecompany, did just that, building an epic story without any words, written or spoken. It didn’t need any, either. A deft combination of imagery, music, and interaction made us feel the joy of discovery, the struggle against adversity, the elation of flight. Journey created great complexity out of relative simplicity.

Not everybody stripped down that far, but more than a few games this year dialed back the interactivity to dial up a player’s personal interaction. “Don’t look or it takes you” set the tone for Slender in just six terrifying words. Antichamber’s tests only said enough to make you question every reflex you’ve learned as a gamer. Dear Esther gave you an island and a mystery, but nothing to jump over, no puzzles to solve, or even any items to touch. Like Journey, those approaches all left the explanations open to interpretation … effectively turning the stories themselves into interactive features. Those journeys became our journeys, full of sweeping emotions and buoyed by the indomitable urge to press onward. 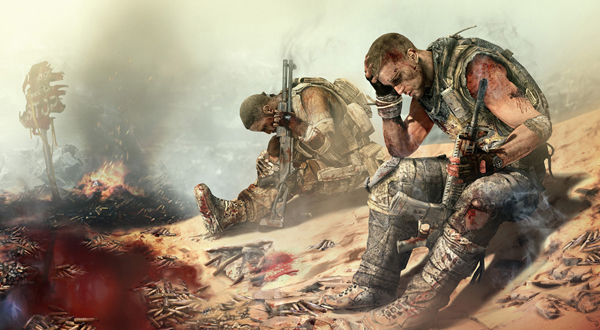 Sure, games offer a huge slice of power fantasy with a side of personal awesomeness, but I can’t remember ever playing so many out-of-their-depth characters as I did this year. We’ve never been more fragile. We played as children in Unfinished Swan and Papo y Yo. Postapocalyptic survivors in games like I Am Alive, ZombiU, and The Walking Dead always felt like they were mere inches away from disaster. A world of death quickly unraveled protagonists in Far Cry 3 and Spec Ops: The Line.

But that’s nothing compared to what we did to a lot of our old friends. Commander Shepard suffered from survivor’s guilt all through Mass Effect 3. Max Payne’s self-loathing never ran out of downward spirals to charge through (in slo-mo, of course) until he finally reached for the light again. Even the implacable, emotionless masks of Hitman’s Agent 47 and Halo 4’s Master Chief took serious hits as each found something deeply personal to fight for … fights that frequently came with devastating turns. When the Master Chief suddenly refuses a direct order, it’s time to re-evaluate everything he is.

Gamers have become an older, more sophisticated audience. The industry’s responded by adding vulnerability and depth to the people we play as, making us more sympathetic to their goals and more invested in their safety. And with games like The Last of Us and the Tomb Raider reboot scheduled to pound us mercilessly in 2013, you can expect this trend to extend well into the future. 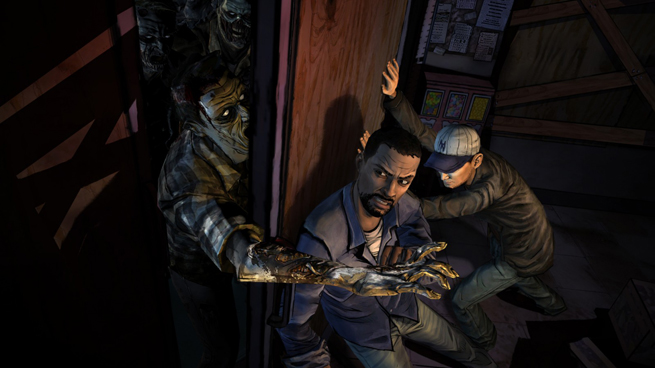 I was done with point-and-click adventure games back in the ’90s. I’m back on them now. The team at Telltale Games didn’t just keep the flame alive with The Walking Dead, their superlative five-part series based on Robert Kirkland’s graphic novel (and its television counterpart) … they brought modern game designs into what many considered an outdated genre.

And they did it with an elegantly simple device: the quick-time event. Turns out the same gameplay cliché that annoys me in God of War (and its many clones) instantly turns the usually static point-and-click exercise into a tense, action-packed struggle for survival. It’s panic-inducing to suddenly find yourself zeroing a shaky cursor on a shambling zombie before it takes a chunk out of protagonist Lee or, even more upsetting, to rescue darling Clementine, his young charge, from a grisly fate. That lends real danger to the rest of the story — survival feels tenuous indeed — and the split-second decisions you must make become even more agonizing.

I actually had to step away from The Walking Dead for a while after its devastating third episode. No other game this year did that to me. That little tick-tick-tick countdown behind every choice made Telltale’s simple point-and-click drama as intense … no, more intense … than any high-octane shooter or jump-scare horror game. More, please. 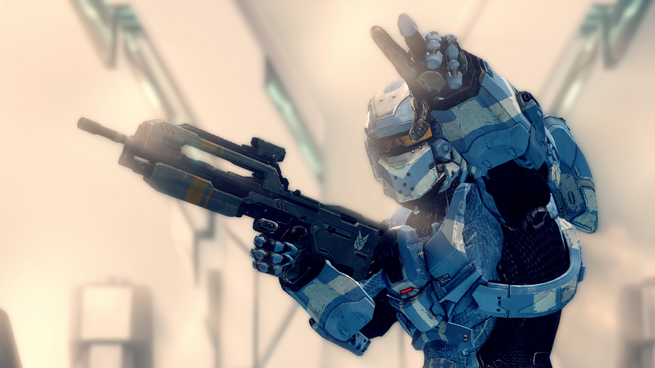 Games are growing up (maybe)

Two years ago, a trailer showing callous killer Agent 47 eliminating a squad of PVC-clad gun nuns wouldn’t have raised much more than a few eyebrows. Hey, we’re the medium where all the ladies in Dead or Alive get a dedicated physics engine for the boob-jiggle. It’s just a game, after all, so who cares?

Except that’s an argument you can make when you’re 12. The average age in the gaming community hovers in the mid-30s.

2012 saw a heightened awareness of and direct confrontation against the sexism that’s long been a part of this industry’s DNA, both in and out of the games themselves. Halo 4’s multiplayer shipped with a zero-tolerance policy toward racist or sexist language — fittingly announced by executive producer Kiki Wolfkill and Microsoft executive Bonnie Ross — and lifetime Xbox Live bans for violators. Gearbox Software tried to include a special character class in Borderlands 2 for less-experienced players before lead designer John Hemmingway self-sabotaged by calling it “girlfriend mode.” Despite that gaffe, it still presented a serious attempt at inclusiveness … which is the opposite of sexism.

We’ve got a long way to go, baby. But at last it seems like we’re moving in the right direction.