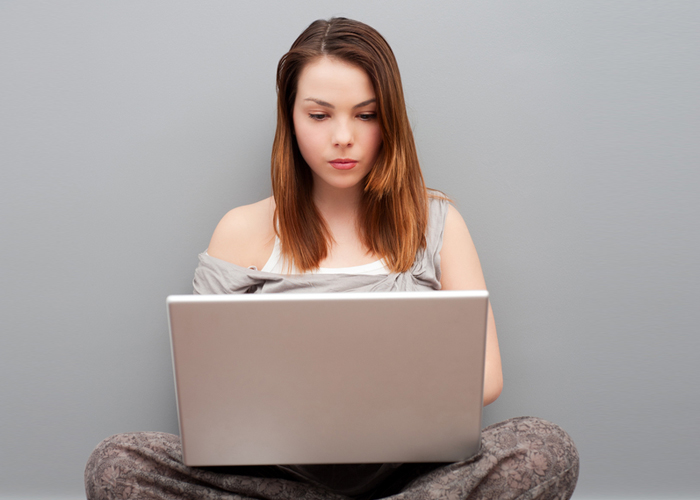 The past 12 months have been an exciting ride over here at DevBeat. We’ve had thrilling announcements, head-scratching corporate maneuvers, and more than a little bit of developer drama.

But as we prepare to take on 2013, we don’t want to offer just empty reflections on the year that’s passed. Rather, here are the big lessons we learned from the top developer news stories of 2012.

As always, we welcome your own reflections, stories, and lessons learned in the comments.

The year began with Node.js creator Ryan Dahl backing not-so-slowly away from the technology’s day-to-day operations inside Joyent, hinting on Twitter that he was a bit Node’d out. But as Node was passed into the hands of other caretakers, it was also gaining traction at larger companies and within larger applications. Walmart started using it. Google and Mozilla talked about how it can scale, and LinkedIn used it for its revamped mobile suite. And Yahoo used it to build a better mobile browser.

The story: “Also, let’s point out the obvious: For all these open-source programming technologies (PHP, Ruby, and now Node), there’s a killing to be made in offering enterprise-grade services and support for the more popular choices among them. And Node is nothing if not popular; late last year, Node eclipsed Ruby to become the most-watched repo on GitHub.”

The moral: Node is cool, sure, but it’s also grown-up enough for the enterprise and scaled apps.

After a good couple years of banging on its Open Compute Project, Facebook saw its project take flight this year, with new supporters in high places. And it wasn’t just Facebook; other companies started talking about open-source hardware and support for hardware hackers. From startups like Circuits.io and Upverter to the big guys with data centers to spare, everyone seems to be well on board with this trend — except Google, oddly enough.

The story: “‘Open Compute might evolve into a broader focus over time,’ said Facebook exec Frank Frankovsky. There’s a possibility that the same open-source workflow that’s being applied to this data center hardware might someday be applied to other networked devices and even mobile devices. Can you imagine, for example, how the community might work together to solve issues like cellphone battery life? ‘We might spread our wings,” Frankovsky concluded, ‘but for now, we want to stay focused on data centers, servers, and storage.'”

The moral: We should all care a little bit more about the energy it takes to process a click. And the answer isn’t fewer clicks; it’s collaborative work on energy-efficient hardware.

The tale of Curebit isn’t a pleasant one to recall. The young team of Y Combinator/500 Startups acolytes were doing their best to build a company the lean way, but they ended leaning a little too far toward outright theft. After getting caught red-handed stealing images, code, and even background music for their demo video, they were forced to publicly apologize, and their reputation was badly tarnished by the whole ugly episode.

The story: “On Twitter, some of the Internet’s more colorful personalities are currently battling it out in a war of colorful words. After the discovery, Ruby on Rails creator and thievery victim DHH called the Curebit team ‘fucking scumbags’ and Grant himself ‘a person of poor moral character.'”

The moral: Yes, Virginia, there is such a thing as a moral absolute. Even if you’re a cheap bastard.

The continuing war between responsive mobile web apps and nativists

No topic has been bandied about with more rancor than the mobile web — specifically, whether HTML 5-based mobile web applications can or ever will compete in terms of design and performance with native mobile applications.

After open-sourcing Ringmark, a first stab at a testing suite and standards for mobile browsers, Facebook seemed to be leading the charge to defend mobile web apps. And it had Mozilla, LinkedIn, Adobe, and a slew of others in tow. Then it released an all-native iPhone app, with Mark Zuckerberg saying that his company’s bet on the mobile web was all a huge mistake. It was basically the mobile web debate in a nutshell.

Like Facebook, we’re all still working and hoping for a better mobile web next year. And this time, we’re looking toward Mozilla’s die-hard mobile web guys to lead the charge.

The story: “You would think, given their identical aspirations, the three titans — Facebook, Yahoo, and Google — would pool their boundless resources to fast-track the mobile web from the janky, derided ghetto it is to the elegant utopia each of these parties sees in the near future. Yet they remain divided rather than collaborating, which means consumers lose and innovation stagnates.”

The moral: The mobile web is still a far-off ideal, but we’ll get there someday.

Back in the summer of 2011, Twitter started quietly moving away from Ruby on Rails and toward Java/Scala. The “Ruby can’t scale” dictum had already grown tired in developer circles by then. But when Twitter faced its biggest challenge of scale to date — the 2012 presidential election — it held up beautifully. And Ruby on Rails was nowhere in sight. In talking with the company’s architecture demigods, we learned that Twitter’s capability to stay afloat during record-breaking traffic cost the company quite a bit, but its new architecture was the primary reason no fail whales were sighted that November night.

The story: “While Twitter used to see brief spikes during major media events, Twitter infrastructure VP Mazen Rawashdeh wrote today on the company blog that election night was a sustained, hours-long onslaught of activity. … ‘The bottom line: No matter when, where, or how people use Twitter, we need to remain accessible 24/7, around the world,’ said Twitter infrastructure VP Mazen Rawashdeh. ‘We’re hard at work delivering on that vision.'”

The moral: Dude. Your app is not Twitter-scale, and it probably never will be. Relax.

And speaking of Twitter, the microblogging-service-that-could finally delivered on a two-year-old promise to stop giving away free candy vis-a-vis its API and the host of traffic-stealing Twitter clients built on said API. Since its first (and only) developer conference in 2010, Twitter had been gently pleading with developers to not build Twitter clients that duplicated the core Twitter experience. And it put teeth in those requests by buying up the Twitter clients it liked — namely, Tweetie and Tweetdeck. So when Twitter finally turned the garden hose off, so to speak, no one was surprised … right?

The story: “Twitter has put the kibosh on unofficial consumer clients for Twitter; the only loophole is for apps that have 100,000 users or fewer. The Twheel team has just decided that to keep the app alive, they’re going to take that loophole. And in an Internet economy where eyeballs equal money, 100,000 users or fewer still meets our definition of ‘doomed.’ You can’t raise funding on 100,000 users, and you can’t sell ads against 100,000 users — not enough ads to support a whole company, anyhow.”

The moral: This should have happened a long time ago, but better late than never — at least for Twitter’s business.

The “learn to code” craze

By far, our favorite ongoing story of the year has been normal people learning how to code. It’s been equally exciting to watch the crop of code-teaching startups spring up, get funding, and acquire huge numbers of users — and even revenue. From Codecademy to Treehouse to Bloc to Code School to Hackbright, we love how nerdy developers are showing everyone “the man behind the curtain” and proving that anyone — even women, even underprivileged kids, even poor folks — can improve their circumstances or understand the Internet better with a little effort and a little intelligence.

The story: “Jalen Rose is a year-old institution located in the northwest part of Detroit, where high school diplomas are not the norm in many students’ families and social spheres. Currently, only 32 percent of Detroit high school students graduate in four years. In a recent conversation with Treehouse founder and web guru Ryan Carson, we learned that Carson sees Treehouse (and coding education in general) as a world-changing stepping stone for underserved kids who can’t afford to — and maybe don’t need to — go to college.”

The moral: The world is a better place when users become builders and learn that code is not magic.