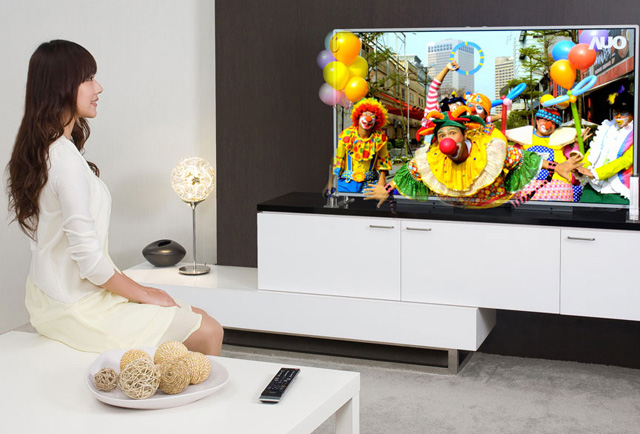 2012 saw the continued evolution of three consumer technologies — autostereoscopy, touch-sensing, and motion sense – with direct application in the gaming world.

As an analyst in the tech industry (I do this gaming stuff for fun and occasional profit), I’ve witnessed these burgeoning advancements spread from the fevered dreams of OEM engineers to vertical-market trade shows, the Consumer Electronics Show, and finally E3 and the games industry.

None of these technologies debuted in 2012, but they’ve each matured and become an indispensable part of gaming. For perspective, here’s a link to last year’s article.

For those who don’t know, “autostereoscopy” is an informal term in the tech industry for glasses-free 3D – “stereoscopy” refers to the process by which combining two offset images gives the illusion of depth (three dimensions), and “auto” denotes the glasses-free component. 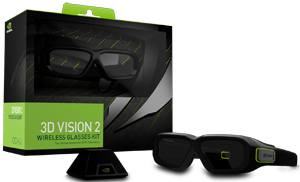 Autostereoscopy uses a parallax barrier to create 3D images without the need for special glasses. This differs from an active shutter system (like Nvidia 3D Vision), which, through special driver software and glasses that present alternating left- and right-eye images, presents the illusion of depth.

Most consumers are familiar with polarized 3D systems, by far the oldest and most mature of these technologies. These are the sort most often found in theaters and theme parks.

Of the three techniques, autostereoscopy shows the most promise, but the tech is inherently limiting, as the 3DS amply demonstrates. The biggest downside to glasses-free 3D is its highly restrictive viewing angles. In my own experience, it ranges anywhere from 45 degrees to 60 degrees. Move too far in any direction and it breaks the illusion. In that way, the 3DS – and its parent technology – are not dissimilar to a hologram.

When the 3D revival began in recent years, the consumer electronics industry threw all their weight behind this oft-maligned gimmick.  CES became saturated with 3D TVs, 3D movies, 3D projectors, 3D laptops, 3D gaming, and more than enough 3D to turn off consumers — which it did. Whereas the leap from cathode ray tube (CRT) to flat-screen was monumental, 3D wasn’t nearly enough to convince most people to abandon their “obsolete” LED TVs. Most consumers apparently saw it as a stop-gap solution.

OEMs lay the groundwork for autostereoscopy

I saw the foundation of the 3DS’s glasses-free 3D tech at optoelectronics events (essentially, anything having to do with displays and lighting), and a large manufacturer – rhymes with “Carp” – demoed a small form-factor display long before it did (or didn’t … shhhh) become part of a certain Nintendo handheld.

And yet, Nintendo’s autostereoscopic handheld system – which may or may not have utilized display technology from Japanese manufacturer, Sharp – faced an uphill battle due to inherent limitations with the tech, itself.

The 3DS was hobbled from the start – health reports loudly trumpeted claims that 3D was unhealthy for children, while many viewers (myself includes) get headaches and/or nausea from observing stereoscopy for too long. And up to 12 percent of the population suffers from “stereoblindness,” which prevents the individual from seeing 3D images.

But the 3DS’ biggest handicap was its restrictive viewing angles, given that its claim-to-fame was its autostereoscopy technology. On July 28, Nintendo partially mitigated this problem with the release of the 3DS XL, which increased the screen size by more than 90 percent — (top: 4.88 in [124 mm], bottom: 4.18 in [106 mm]). But was it too little, too late?

GamesBeat writer Jasmine Maleficent Rea noted that “The 3DS XL is what the 3DS should have started as.”

But she also addressed the system’s improved capabilities: “A wider viewing area enhances the 3D effect, making some games that were too blurry in 3D a joy to play. For those of us with horrible vision, larger screens are a must, and because of this advancement, the 3DS XL is a great step toward people accepting a ‘gimmicky’ feature as a viable gameplay tool.”

Most consumers still do see 3D as a gimmick, and autostereoscopy is but a fancier gimmick. But for stereoscopy to ever become part of mainstream entertainment, it must shed the clunky glasses and develop into a mature, glasses-free technology.

Capacitive touch – which underpins your iPhones, Samsung Galaxys, Droids, and countless smartphones – has become more prominent as the platforms supporting it have eked out a bigger piece of the pie. And resistive touch – the passive cousin of capacitive – has done even better for itself, featuring prominently in the Wii U gamepad (not to mention countless commercial applications like ATMs and credit card payment machines).

Resistive touch sensing – which registers pressure via fingers, styli, and other objects – is hardly a new technology. Because of its versatility compared to competing systems (like capacitive touch), resistive touch is popular in commercial applications like ATMs.

Nintendo utilized this relatively primitive touchscreen technology for its DS and 3DS systems, presumably to save a buck and to enable the use of styli.