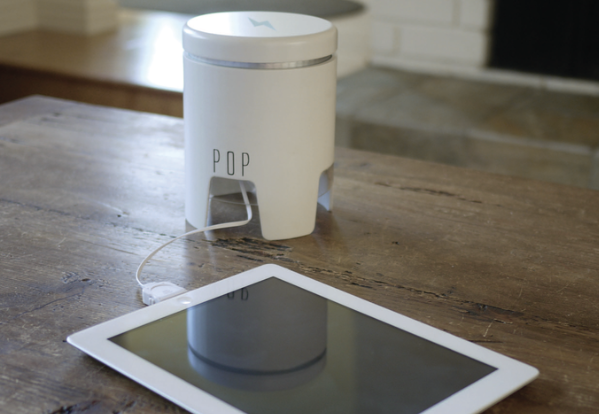 Goodbye, grinch: POP is back.

Four days ago, the popular Kickstarter project to provide portable power for almost any mobile device — Apple, Android, or other — was canceled when Apple refused to allow any accessories to incorporate both its old 30-pin connector and its new Lightning connector.

But the Christmas spirit is alive and well in Cupertino. Three days ago, Apple reversed that decision — and project leader Jamie Siminoff told VentureBeat that the project was likely back on.

As you know on Thursday, we sent you an update that because of Apple’s rules around Lightning we would be canceling POP. The story got A LOT of news and reactions, way more than we could have ever imagined. In fact it became such big news that 24 hours after we posted Apple changed their guidelines for Lightning.

It was an incredible turn of events for us. We never could have imagined that we would be able to change Apple’s rules.

Based on Apple’s change we can make POP the way we had promised and the project is back on. We will not be processing refunds and are going full speed ahead to produce and deliver the product to you ASAP.

We hope to do another update in the next 7-10 days to give you a new estimated delivery date.

Happy Holidays and thank you to everyone that has stood by us and helped us through this process. We are thrilled to finally be able to bring this great product to you.

Apple had told VentureBeat that technical reasons prevented combining 30-pin and Lightning connectors on the same device, which Siminoff violently disagreed with. In any case, the project is back on, and anyone who didn’t kick in at the Kickstarter stage can still preorder a unit at POPportablepower.com.