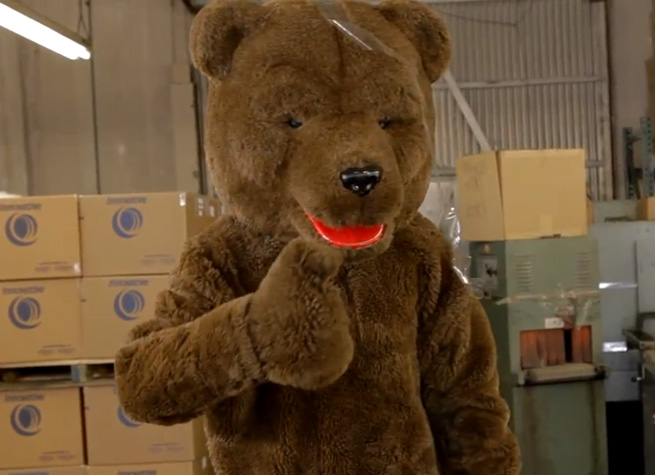 You’ve probably already seen almost every one of YouTube’s 10 most popular videos of 2012 — but plenty of gems are out there that didn’t quite hit critical mass.

So we’ve compiled a list of staff favorites and popular videos that made us laugh, cry, or ponder the universe. We’re not including anything from the top 10 list, because, let’s face it, you don’t need to watch Gangnam Style again.

Instead, check out the clips below for some entertainment and insight you might have not seen. And do let us know in the comments what other great viral videos people missed this year.

1. A conversation with my 12-year-old self

What happens when a budding filmmaker talks to himself from 20 years ago? Jeremiah McDonald cut clips of himself from past and present to make a surprising hit that collected more than nine million views.

The startup Dollar Shave Club decided the best way to sell its straightforward service was through a hilarious off-the-cuff ad. This ad helped give the young company buzz, and it was more funny than most professionally made ads. Recently, the company raised $9.8 million in new funding.

Many folks remember Mister Rogers’ Neighborhood from their childhoods, as the show aired 1968 to 2001. So when this autotuned remix of Mister Rogers clips from PBS and popular YouTube user melodysheep hit the web, it transported us back in time. The song’s quite catchy, too.

4. Never, ever give up: Arthur’s inspirational transformation

This video tells the tale of Arthur Boorman, a disabled veteran of the Gulf War. Doctors told him he would never been able to walk unassisted again. Through yoga, training, and instruction from former professional wrestler Diamond Dallas Page, he was able to lose a lot of weight and regain the ability to walk on his own. While the video is cheesy to the max, its inspirational message and positive tone have attracted 7.1 million views.

A word of caution that we shouldn’t have to tell you — don’t jump into a swimming pool that has iced over. You’ll probably hurt yourself and look dumb doing it. Just like this guy.