This post and all this year’s space coverage are dedicated to the memory of space pioneer and international inspiration Neil Armstrong, who passed away August 25, 2012.

In 2011, we mourned the end of the U.S. space shuttle program. But in 2012, NASA came back with a vengeance — and a spate of fascinating new programs. Between NASA’s extraordinary work this year and its deep embrace with Internet culture and social media, we Earthlings fell in love with space exploration all over again, and we all got to share an enthusiasm and wonder a previous generation experienced with the first moon landing.

Here are our favorite moments from space for 2012.

A few gorgeous photos from the dark side of the Earth gave our home planet a new nickname: the Black Marble. In these images, we got to see what our world looks like during its nighttime hours; cities sparkled in nodes large and small, and geopolitical boundaries dissolved into deep navy and candle-flame yellow. One of its best parts was the interactive map NASA made to show it all off.

The story: “Called Worldview, the app is basically a souped-up Google Maps overlaid with layers to show NASA’s homebrewed data, from night lights to clouds, dust, volcanoes, cyclones, and floods. The data visualization can even show the presence of certain molecules like carbon monoxide and sulfur dioxide. Cooler still, you can shift the timeline to see lights and flooding on the Eastern seaboard during Hurricane Sandy, for example.” 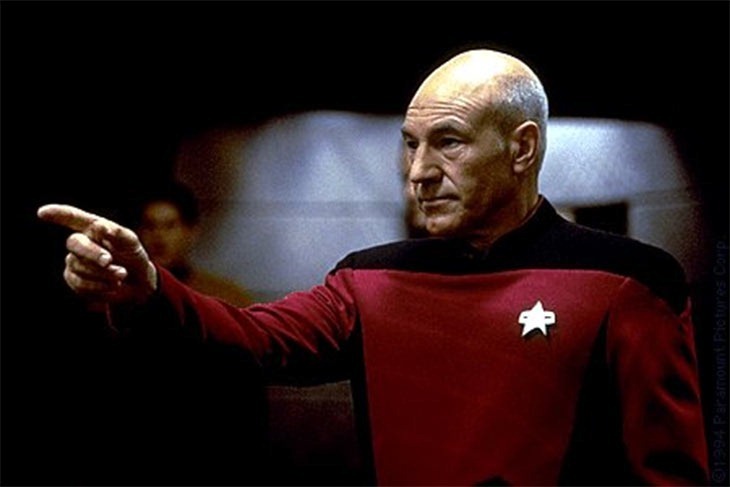 We know science fiction is a huge inspiration to scientists and technologists, but NASA’s research this year took that premise to a whole new level with findings on Dyson spheres and even warp drives — yes, as in Star Trek warp drives.

The story: “Advanced Propulsion Theme Lead for NASA Engineering Directorate Harold White says creating technology to accomplish warp propulsion (a warp drive) is absolutely possible, and he’s even started work on creating it, according to an essay he recently published on the Icarus Interstellar blog. ‘Perhaps a Star Trek experience within our lifetime is not such a remote possibility,’ White writes.”

Launching spacecraft from Earth is costly in ways most of us can’t imagine. But this year, NASA found a great work-around: launching satellites from the International Space Station instead. That way, the little buggers go right into orbit without having to push their way through the planet’s atmosphere on individual propulsion and guidance systems.

The story: “The recent launch from the ISS involved five CubeSats, a type of satellite developed in 1999 by Cal Poly scientists. Each one is just four cubic inches and weighs less than three pounds. CubeSats generate their own power via solar panels and can transmit signals. For example, the newly launched CubeSats will be taking pictures of Earth, sending Morse code messages via super-bright LEDs, logging maritime traffic, and monitoring forest fires.”

Communication between spacecraft and planets has been both theoretical and problematic since the beginning of the space program. So when NASA and the European Space Agency have test drove an “interplanetary Internet” connection by having an astronaut on the International Space Station control a small robot on Earth, it was rather a big deal.

The story: “‘The demonstration showed the feasibility of using a new communications infrastructure to send commands to a surface robot from an orbiting spacecraft and receive images and data back from the robot,’ said Badri Younes, NASA deputy associate administrator for space communications and navigation. ‘The experimental DTN we’ve tested from the space station may one day be used by humans on a spacecraft in orbit around Mars to operate robots on the surface, or from Earth using orbiting satellites as relay stations.'”

As so much of NASA’s plans for the future were ramping up, one long-running program was coming to its conclusion.

The story: “Twenty-five missions to outer space; 4,671 orbits around planet Earth. A few thousand miles crisscrossing the U.S. on a farewell tour.”

Another long-running mission, however, was just beginning to fulfill its purpose: to explore as much as we can of the farthest limits our current technology will allow. Voyager, which first launched as a two-craft mission more than 35 years ago, showed signs this year that it was beginning to enter a mysterious new realm called interstellar space.

The story: “‘Although Voyager 1 still is inside the Sun’s environment, we now can taste what it’s like on the outside because the particles are zipping in and out on this magnetic highway,’ said Voyager project scientist Edward Stone. ‘We believe this is the last leg of our journey to interstellar space. Our best guess is it’s likely just a few months to a couple years away. The new region isn’t what we expected, but we’ve come to expect the unexpected from Voyager.'”

We’ve dreamt for decades of traveling beyond our planet’s orbit, beyond our own moon, and onward to far-away planets and even other star systems. NASA announced in the summer its plans to make that dream a little more real by putting humans on Mars starting in 2021.

The story: “The Orion isn’t a full-fledged spaceship. It’s a capsule similar to the Apollo 11 craft used to take Neil Armstrong and Buzz Aldrin to the moon back in 1969. Of course, we’ve come a long way since then, so the Orion will have better navigation and life support. ‘It is going to start looking more like the shape of capsule soon. But to me, it looks like the future,’ NASA Deputy Administrator Lori Garver said.” 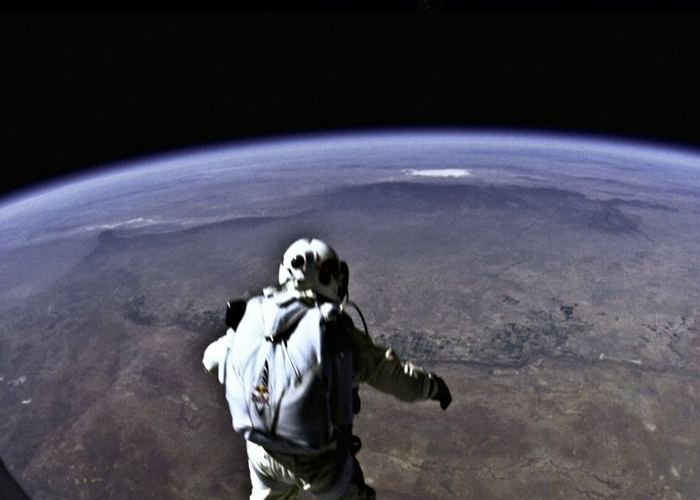 The story: “A man fell from space to Earth today, breaking world record, and potentially the speed of sound. His name is Felix Baumgartner, and he, supported financially by sponsor Red Bull, started his journey in a climate-controlled capsule attached to a balloon nearly in space. Baumgartner jumped from 120,000 feet — outside the stratosphere — and broke the world record for such jumps.”

This year was a big one for visionary Elon Musk. Not only did his electric car company Tesla announce its plans for mass production, his space company, SpaceX, also completed its first commercial space flight deliveries to the International Space Station.

The story: “With the May mission, SpaceX earned a Commercial Resupply Services contract from NASA to take 12 flights to and from the ISS carrying critical supplies. Altogether, these 12 missions will bring more than 1,000 pounds of supplies to the ISS. The first delivery includes ‘a freezer for the station’s scientific samples, a powered middeck locker with an experiment inside along with a variety of materials for the astronauts living and working on the space station,’ said NASA reps.”

1. The Curiosity Rover on Mars

Without question, the space story that captured the global imagination like no other this year was the Mars landing of the Curiosity rover. We who watched were given an inside view of the goings-on at NASA that night, from Internet favorite Bobak Ferdowski to the first grainy images the rover’s cameras began to beam back to Earth the same night.

The story: “Even though they’re just black-and-white snaps showing little more than the rover’s wheels and a low-angle view of the Mars desert at sunset, they’re thrilling to those of us who get unreasonably excited about space travel and interplanetary exploration.”