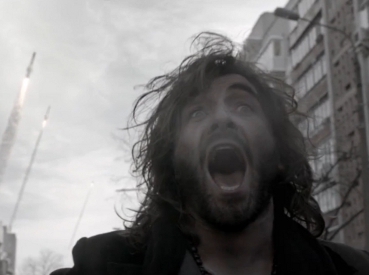 Video game trailers are a big deal. Where once big budgets were the exception, they are increasingly becoming the norm. Deep pockets are not always key to creating a stand-out trailer, though. Ingenuity, innovation, and a healthy sense of humor can also go a long way to help sell a game.

Here we present the best game trailers to grace our screens during 2012. They represent a cross-section of the gaming world and feature a variety of styles and budgets. The one thing they have in common? They’re done right.

If you think we’ve missed any trailers of note, feel free to drop a comment below.

Gearbox Software gave its first-person role-playing shooter Borderlands 2 (PC, PlayStation 3, Xbox 360) a sing-a-long soundtrack that just shouldn’t have worked. The genius is that “Wimoweh” has never sounded as gloriously out of place since its original 1939 release. Even better than Tight Fit.

Eschewing both gameplay and prerendered footage, this trailer for Ubisoft’s open-world action-shooter Watch Dogs (PC, PlayStation 3, Xbox 360) brilliantly sets up the game’s premise with a starkly delivered blurring of fact and fiction that sounds eminently believable. Watch Dogs is certainly a title to look out for next year.

Zombies. Are we sick of them yet? Ubisoft doesn’t think so, having created one of the year’s most atmospheric trailers for its Wii U-exclusive survival-horror game. The film succeeds in making ordinary environments look extraordinary by subtly twisting our perspective on the dark streets of London.

Independent developer Shawn McGrath unleashed his psychadelic musical shooter, Dyad, on the PlayStation 3 this summer. Its original trailer received an unkindly greeting in some quarters, with PlayStation Blog user Mattsta009 saying of its star: “It doesn’t look like that girl is even playing Dyad, she is kind of just holding a controller, acting badly and smiling vacuously at the screen.” In a stroke of genius, McGrath recast himself in the lead role. Watch from 20 seconds in to see him in action. The original trailer is underneath for a neat “compare and contrast” opportunity.

Proof of the power of soundtrack, developer Naughty Dog used the Hank Williams song “Alone and Forsaken” to great effect in this trailer for upcoming PlayStation 3 action game The Last of Us. The atmosphere seems even more bleak and unforgiving with Williams’ raspy vocals layering on the tension.