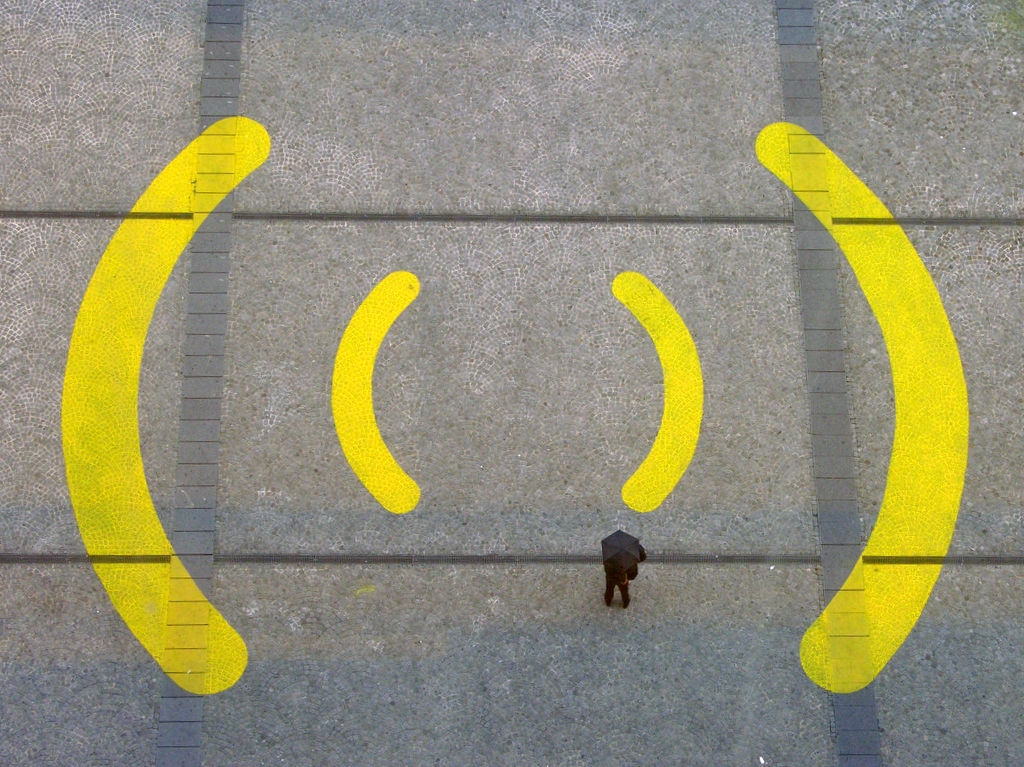 Total cumulative global Wi-Fi-enabled device shipments reached five billion in 2012, according to ABI Research. And the pace of innovation isn’t slowing, with new Wi-Fi protocols rolling out in 2013 and close to 20 billion WiFi-enabled devices predicted to be in the market by 2017.

Naturally, we’re familiar with Wi-Fi in our laptops and smartphones. But the next level of Wi-Fi penetration, the firm says, is likely to be in home automation and smart, connected cars, as manufacturers continue to connect formerly isolated devices, equipment, and other things. 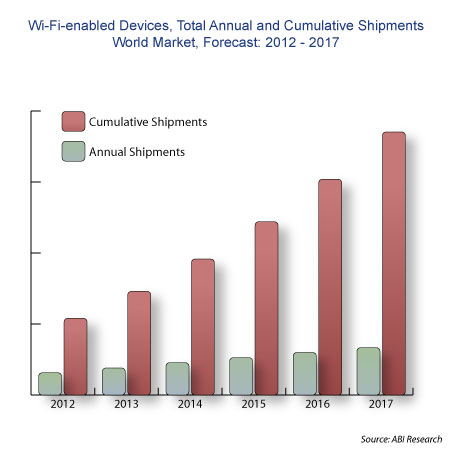 What’s up next? More speed, according to ABI’s Peter Cooney:

“Wi-Fi continues to develop as a technology in many ways,” Cooney said, adding that “the 802.11n protocol is now well established and has pushed the envelope increasing data rates, expanding Wi-Fi into the less crowded 5GHz space.”

The newest Wi-Fi protocols will vastly improve wireless data transfer speeds, with 802.11ac bringing gigabit-Ethernet style speeds and 802.11ad blazing up to a theoretical maximum speed of seven gigabits per second. 802.11b, by contrast, can only manage 11 megabits per second.

Of course, it’s not just Wi-Fi that is connecting our stereos, lights, cars, and smartphones. It’s also the full spectrum of communication technologies such as Bluetooth, UWB, NFC, and Zigbee. In fact, despite the fact that Wi-Fi is pervasive and powerful, it may be one of the least popular wireless communication protocols, as ABI is also predicting that in 2013 all of these technologies (combined with Wi-Fi) will result in more than five billion shipments of wireless connectivity chips in 2013 alone.

Which means that our devices will be smart and connected, even if we’re frying each other with all those radio waves.