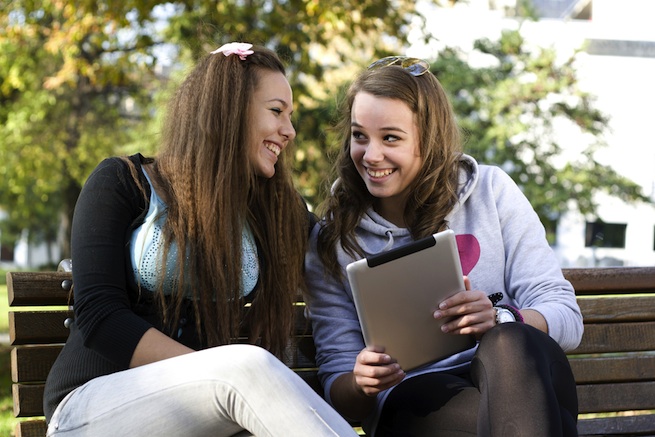 According to a new report, advocates of the printed page are an increasingly rare breed.

Just a few years ago, it seemed implausible that people would embrace a Kindle or Nook and forgo the familiar experience of reading a physical book. It urns out that we like the flexibility and lower prices of an electronic book, and device ownership subsequently skyrocketed to meet the demand. 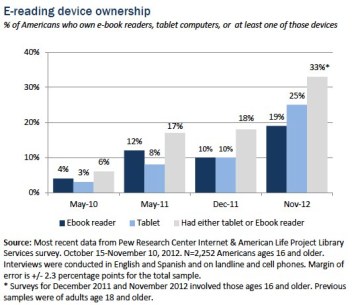 Sampling 2,252 people, the report from the Pew Internet and American Life Project reveals that ebook reading is up. The number of those who read ebooks jumped from 16 percent of all Americans ages 16 and older to 23 percent in 2012.

The report demonstrates that reading, in general, is still a popular American pastime. The number of book readers has remained relatively steady, dropping slightly from 78 percent in 2011 to 75 percent in 2012. The survey found that book readers consumed an average of 15 books this year on any medium, whether it’s audio, print, or digital. Fourteen percent of the respondents read 21 or more books. Women tend to read more — they get through about 17 books a year, while the average for men is 13 books.

Print publishers and libraries were given cause for optimism this summer, pointing to a protracted dispute between the government, Apple, Amazon and publishers, over the pricing of ebooks. This gave them a bit of breathing room to compete with Amazon, the undisputed leader in the ebook space. Amazon has dominated the market since its release of the Kindle in 2007, which set off the surge in digital reading.

This year, traditional groups grasped that ebooks are not a passing fad, and responded accordingly. Public libraries increasingly stocked their shelves with ebooks, a move which seems to be paying off. About 5 percent of the population rented an e-book from a public library this year (a slight increase from 2011), and a higher percentage of respondents said they were aware their local branch carried ebooks, from 24 percent in 2011 to 31 percent in 2012.