Here’s what the SAP Cloud’s VP or product marketing says are the top 10 trends for 2013. Grace talked with VentureBeat’s Matt Marshall about her research. This is his edited version of her summary. 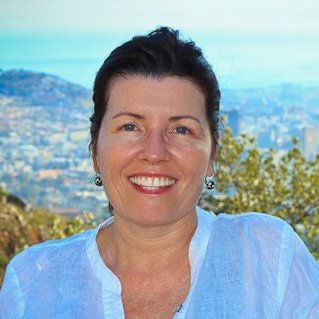 About half of all new enterprise IT spending will be on hybrid cloud by 2016, up from 40 percent this year, according to a survey by Saugatuck. Another 39 percent will be on pure-play cloud, up from 11 percent. This trend toward hybrid isn’t new. But what’s really new is the movement by third-party integrators to do these hybrid cloud integrations for customers. Not everything that people want exists in the cloud. They have concerns about security and outages. More companies are looking at private clouds as part of their mix.

The first generation of mobile apps didn’t work very well because they were still formatted for laptops and keyboards. The first enterprise apps suffered from the same limitations. Now we have these wonderful capabilities — gesturing, maps, location — and we’re going to take advantage of these. We’re going to build ubiquitously native beautiful apps for the iPad for the mobile work force. Usage stats on the growth of mobile devices in the enterprise are eye-opening. Everyone has an iPad. And people are working from different locations. When they are at the coffee house or at home putting kids to bed, they want something easy to use so they can manage their life easier.

This continues from the second trend and the mobile cloud. We think people want the same sort of flexibility and experience that they get on their iPad — the drag and drop — in their enterprise experience. They want it to be very simple, almost like a consumer experience: fun, engaging, and interesting. Enterprise companies are going to want to put their own skin on their apps.

4. Arrival of social in all cloud solutions

Social is not new, and neither is business intelligence. But until now, they’ve been disconnected. If you’re looking at your desktop, maybe you have an RSS feed from everyone at the company talking about the new office. But then you’ve got BI in a separate dashboard. They’re separate. Going forward, we’re starting to infuse social in all of our business processes. Social is a part of the business process. There’s social recruiting, social management, social business intelligence. One of the things we noticed is that when you provide more and more dashboards and analytics reports, you don’t change the behavior of people.

5. Need for the ‘glocal’ cloud

The cloud has been accepted in U.S. But other countries have more stringent privacy laws and require companies to keep certain data within their own country. We see that opening up much more broadly and globally. In Latin America, things are definitely picking up. It has a booming economy and a tight labor market — and not enough skilled IT people to implement the technology they need. It loves the cloud. We see Europe becoming more open to cloud solutions. We call it the “Glocal”: While the global opening is great, certain parts have to be managed at the local level. Managers want to have cost-savings by having best-practice processes in the cloud while being able to take care of local compliance and reporting requirements. Finance and HR have to be managed at the local level, for example.

The first batch of cloud purchases driven by a line of business managers didn’t have many implications for business, either because they weren’t mission critical or they didn’t have highly sensitive data. But as companies move up the chain with their purchases, we see more CIOs getting involved in the sales cycle. Core HR systems have rich employee data, including social security numbers, compensation, and addresses. CIOs need to understand what the security levers are and whether they meet their criteria.

7. Bring your own cloud (BYOC) boom

Employees are bringing in their own devices, downloading their own apps for work. Some of them in sensitive enterprise positions won’t admit publicly to some of the things they use. They may use Evernote to take notes; it’s a fabulous tool. But they use it outside of the corporate firewall. Or they may use Doodle Buddy to illustrate concepts with their finger, which they can turn into PDFs and use for business. These are examples of bringing your own cloud to do your work. There are many more examples of this blurry line between enterprise and personal devices. There’s not a lot of security around this.

8. Rise of the geopolitical cloud

As cloud computing goes global and goes beyond borders, some things are at odds — such as the Patriot Act. Some of our partners don’t like the idea that if they use U.S. servers; they are subject to U.S. government laws around their strategic data, including where it is stored. French companies are leading this resistance. They’re creating their own national cloud (see example of SFR’s French cloud) so that they can control restraints put on them. You will see more or less controls emerging, depending on where cloud services originate, where they’re delivered, and where customers are headquartered.

9. Spotlight on the clean cloud

Every company across the globe deals with the pressure to think about sustainability. This is the so-called triple bottom-line, where they’re targeting sustainability results as well as profits and social good. When you look at how much data centers account for total energy usage in the world, you’re talking about a lot of impact. Companies want more sustainable data centers.

10. Rise of the cloud-based networked enterprise

We’re seeing that our customers want to do transactions in the cloud. We used to create purchase orders and fax them. Customers are moving to doing things electronically. But it’s expensive to create these connections between companies. SAP recently purchased Ariba, which has 720,000 companies in its marketplace that lets companies do procurement online. This is an example of where we see things going. Ariba built a network to maintain connections for you. It maintains purchase orders, puts bills together, and allows trade to happen more freely between partners. The question is, how does this move into other areas? We’re living in a world where we’re ask for skills from people and companies around world, and need them for a small period of time. I may need of people to do graphic design, sometimes immediately, other times not at all. I’d like to have a global network of people I can connect with, to get a project going, and then pay them through a sort of PayPal arrangement, in a trusted environment. You can see it going beyond goods being traded, to individual services being traded. The idea of permanent employment or permanent business is breaking down.