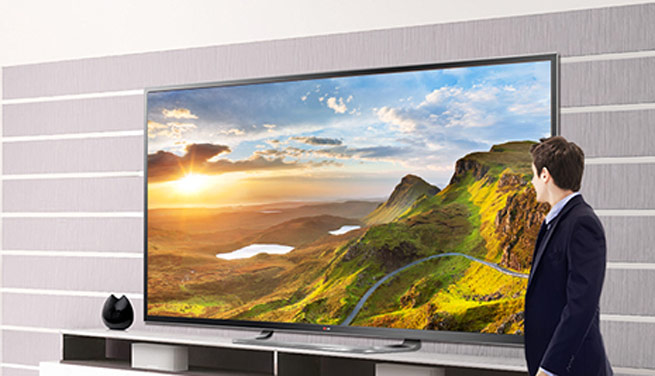 Drool now or drool later, but LG just announced more details about its 2013 TV lineup, which it will unveil at CES in a week.

For 2013 the Korean company is focusing on smart TV enhancements like Smart Home, melding TV and web with quick access to apps, content, news sites, and weather; and Magic Remote, which enables you to control your TV by pointing, Nintendo Wii-style, or scrolling, or gesturing, or simply talking to your TV to change the channel or search for programming.

LG is also enhancing what it calls Smart Sharing, which enables owners to transfer, mirror, or share content to and from smartphones, tablets, and other devices; and LG Cloud, which enables streaming content from just about anywhere. 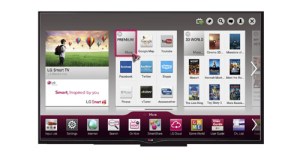 All of which is interesting. But the real lust-worthy item on display is its 84-inch Ultra HD television, which just launched in late October.

This TV isn’t just room-dwarfingly gargantuan — it’s also got four times the resolution of standard high-definition TVs, with 3,840 horizontal pixels combining with 2,160 vertical pixels to provide a very sweet 8,294,400 pixels of silky-smooth video pleasure. That’s 3.1 million pixels more than in an Apple 15-inch MacBook Pro with Retina display (although, of course, on a much bigger screen).

To drive all this wealth of pixels and new intelligence, LG is updating the brains of their TVs, boosting CPU speeds by 120 percent and GPUs by 300 percent, which it says will translate to clearer images.

You’ll need that extra power, since the new Ultra HD resolution is completely unsupported by any content recorded at such high quality, so the TV depends on upconverting to provide a semblance of what higher high-def would look like.

We’ll have more on all the latest CES announcement as the VentureBeat team CES team hits the road for Las Vegas shortly.