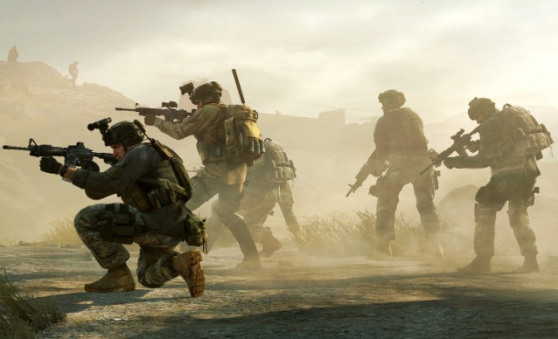 The video game business never has a year without controversy. 2012 was no different in that respect. But the different ways that game companies could get into trouble and draw mass market attention were surprising. The age-old controversies about sex, violence, and other cultural insensitivities surfaced again this year. But game publishers also had to deal with the consequences of being hacked, violating the government’s concerns about military security, and upsetting fans by failing to live up to games-as-a-service obligations in free-to-play games.

Sometimes, the controversies brew up from the bottom as unintended consequences. At other times, it seems like the controversies are intentionally manufactured for marketing reasons, so that the game can rise above the noise and catch the public’s attention. But that’s a double-edged sword, as such marketing can turn off as many consumers as you attract. Whether the controversies are accidental or intentional, it’s clear that when you create entertainment for the public, there are so many ways to get into trouble. Please vote in our poll for the top game controversy, and leave a comment if you like. 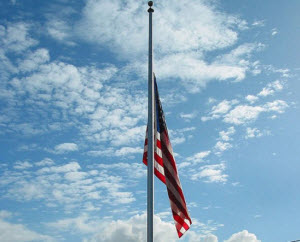 The horrific shootings at Newtown left 20 children and seven adults dead. Though it happened late in the year, this incident revived concerns over excessive violence in video games. The U.S. Supreme Court ruled that video games were protected under the First Amendment. But calls for regulation and studying of a possible link between games and violence went out again in the wake of the shooting. The anti-game-violence crowd got help from an unexpected corner, as the National Rifle Association blamed the shooting on violent video games (and called for armed guards at schools). Greg Fischbach, former chief executive of Mortal Kombat publisher Acclaim Entertainment, predicted that the consequences of the shooting will play out over years for the game industry.

Ex-Navy SEALS disciplined for consulting on Medal of Honor Warfighter

Electronic Arts touted the fact that former elite soldiers gave it advice in the design of its realistic combat shooter Medal of Honor Warfighter. But the company failed to go through the proper channels in getting permission from the government for the consulting. As a result, the Department of Defense punished seven active-duty Navy SEALs who consulted on the game. The SEALs had two months of pay docked and received letters of reprimand. More were under investigation.

Among those who consulted was Matt Bissonnette, who was part of Seal Team 6 team that killed Osama Bin Laden. EA said that it wasn’t aware of any rules that required EA to vet the game with the DoD. It wasn’t clear if any military secrets were improperly divulged in the game. Bissonnette also got into hot water for co-writing the nonfiction account of the raid that killed Bin Laden in the book, No Easy Day: The Firsthand Account of the Mission That Killed Osama Bin Laden. 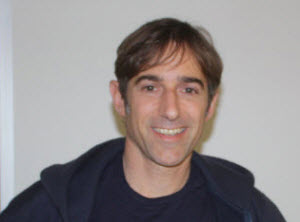 Zynga has long been accused of copying other game designs. Electronic Arts finally sued the company this year for allegedly copying The Sims Social with the launch of Zynga’s The Ville people simulation game. EA claimed that Zynga’s team copied many details of The Sims Social. Zynga denied outright copying, and it noted that EA’s SimCity Social was similarly a copy of Zynga’s own city-building game, CityVille, and that CityVille itself has only passing resemblance to EA’s SimCity games on the PC.

In response to similar allegations of copying in a bingo game, Mark Pincus, chief executive of Zynga, claimed that his company has re-imagined past games by making them more social. The result is those games become more popular than ever thanks to sharing with friends on Facebook. EA said that it had to stand up for the industry to stop the rampant copying. Complicating the matter was the fact that The Ville’s designer, Mark Skaggs of Zynga, used to work at EA, as did many other Zynga executives. The issue of copying came up again as Spry Fox sued 6waves for copying not the look of its game, but the game play. That lawsuit was settled. But the EA-Zynga dispute is still pending.

The courts have been clear on the subject. Making a new game in an existing genre isn’t a violation of copyright law. But taking someone’s computer code and claiming it as your own is illegal. 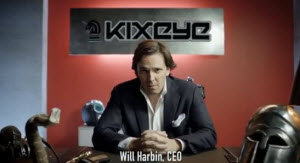 Related to the copycat allegations, big companies also went to war over talent raids. After Zynga hired an EA executive, Zynga alleged that EA’s chief executive John Riccitiello proposed an anti-competitive no-hiring pact or he would threaten litigation. Zynga claimed that was the real reason for EA’s copycat lawsuit. Meanwhile, Kixeye CEO Will Harbin made a hilarious video lampooning Zynga and EA as part of a campaign to recruit talent. But then Zynga sued Kixeye for stealing a game designer. Zynga alleged that Alan Patmore took 763 confidential documents with him when he started his new job at Kixeye. But Harbin blasted Zynga for lashing out while it was “burning to the ground and bleeding top talent.”

Apple cracks down on bot marketers

Early in the year, Apple quietly prohibited mobile game companies from using bots and other marketing tactics that artificially boosted games in Apple’s rankings of its top-performing apps. Animoca alleged that Apple unfairly cracked down on its Pretty Pet Salon game and that communication from Apple was sparse. Our own investigation found that the secrecy around the crackdown left a lot of developers wondering what was OK to do and what wasn’t when it came to marketing games. Game developers feared that if everyone used unfair marketing tactics, then legitimate high-quality apps might never get noticed. But one thing was clear. If you used too many incentives, Apple would start paying attention. Late in the year, Tapjoy again learned a tough lesson about being too aggressive with incentives, this time with web-based offers that apps linked to from within Apple apps. Neither Apple nor Tapjoy elucidated on the matter, leaving developers in the dark.

Anonymous taught Sony a big lesson last year as it hacked into both the PlayStation Network and disabled the network for 77 million registered users who could no longer access their online games. It also attacked Sony Online Entertainment. This year, hackers were back with more attacks. Gamigo got hacked and lost control over 8 million email addresses and passwords for its users. And 11,000 Guild Wars 2 players also had their passwords stolen. Zynga’s YoVille social game saw disruption for 1,000 fans after some players began using a vulnerability to steal belongings from other accounts. Game companies that get hit by hackers will find out that consumers will blame the company for lax security as much as they will blame the hackers.

Game Insight had a tough time dealing with fan outcry after it decided to take away some perks offered to players of the game. Game Insight made the iOS version of Mystery Manor: Hidden Adventure, which was enjoyed by as many as 20 million registered users. The hidden object game was a free-to-pay title where users could play for free and pay real money for virtual goods. But Apple banned a practice that the game had previously allowed: letting friends obtain and trade gifts with other players inside the game. Game Insight had to scramble to comply with the rules and fans objected. A second fan revolt erupted with a second service disruption. Fair warning. Fan revolts are going to be common if game developers decide to change long-standing online games or discontinue them altogether. 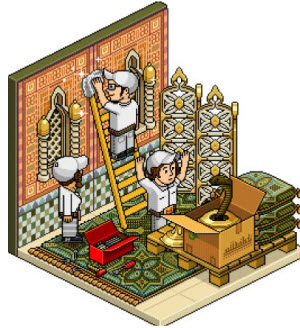 A British TV station dealt Habbo a severe blow when it blew the lid off a sex chat culture within parts of the virtual world, which has more than 250 million registered users. During the scandal, retailers stopped carrying prepaid cards for Habbo and an investor pulled its support from the company. Habbo had measures in place to stop sexual predators, but it shut down the service to deal with the new allegations. The company reviewed its chat records and found 3.7 percent of members were engaged in inappropriate chat. By the time that Habbo went back online with new measures in place, it had lost about 35 percent of its membership. Chief executive Paul LaFontaine pledged to redouble efforts to protect kids and win more of those users back.

Ex-OMGPOP ignites debate about refusing to work for Zynga

OMGPOP’s Pictionary-style mobile game Draw Something gained a huge number of users early this year, prompting Zynga to buy the New York game company for $180 million. But Shay Pierce, one of OMGPOP’s employees, wrote a blog post about how he didn’t want to work for Zynga, which he viewed as completely antithetical to his professional and creative values. Then OMGPOP CEO Dan Porter tweeted that the one employee who didn’t accept a job with Zynga (Pierce) was the “weakest” one. But Pierce didn’t miss out on much. Draw Something lost millions of users and Zynga had to take a write-off of $95 million because of the diminished value of the mobile game. Zynga’s stock price also cratered as it announced two quarters of weak earnings in a row.

In 2011, Activision Blizzard and Electronic Arts squared off over the departures of the founders of Infinity Ward, an Activision-owned studio that built the Call of Duty franchise into a billion-dollar machine. Two co-founders were fired from Infinity Ward as they prepared to exit and set up Respawn Entertainment, a new game studio funded by EA. The lawsuit was headed for a trial this year. Just before the trial, EA and Activision settled the case. But not before there were some interesting disclosures about Project Icebreaker. Activision executive email records showed that executives were hunting for dirt on the co-founders as a pretext to fire them. Activision denied the characterization of the emails.

Fans were in an uproar after they played through the entire Mass Effect trilogy, only to be disappointed by the uninspired ending of Mass Effect 3. The fan reaction was so intense that Electronic Arts’ BioWare division decided to come out with an enhanced ending to satisfy gamers. And not long after that, BioWare founders Ray Muzyka and Greg Zeschuk decided to retire from their top positions at EA.