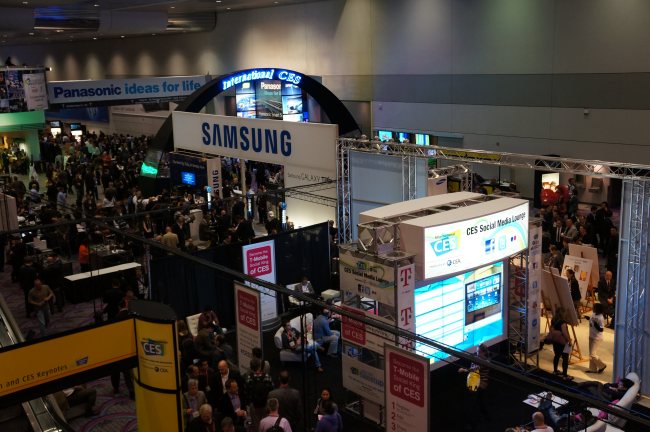 This year’s Consumer Electronics Show is shaping up to be strikingly different from previous years — and it may just hint at changes for the entire technology industry in 2013.

Tablets have been the highlight of the past few shows, but they seem less important this time around. And Microsoft, which previously kicked things off with an opening keynote and a major presence on the show floor, is taking a major step back (likely to focus on its own events, like the recent massive Build conference).

For all the hype, companies, and press at CES, we haven’t seen any truly major announcements over the past few years. (The last big one I can remember was the blowout Palm Pre reveal from 2009.)  Other companies will inevitably fill the vacuum created by Microsoft’s absence. And now that the luster on smartphones and tablets is wearing off a bit, perhaps we’ll actually see something new and surprising this year.

Here are a few things we’re expecting to see (and some we’re not) at CES next week. (And check out our extensive interview with Gary Shapiro, chief executive of the Consumer Electronics Association, which puts on CES.) 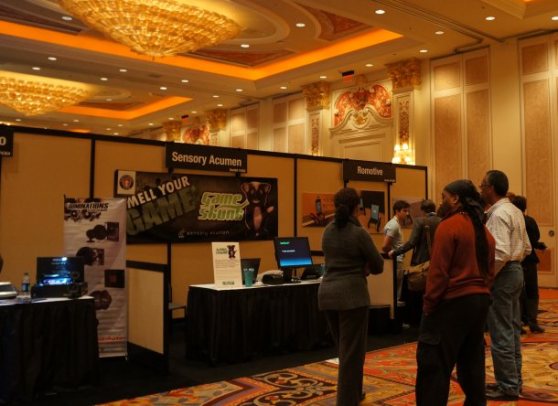 Last year CES featured its first dedicated space for startups: Eureka Park. It was an oasis of innovation at the show (and it also helped that it was far from the crowded floor). Eureka Park was the highlight of last year’s CES for me. It’s where I encountered cool ideas like Perpetua’s body heat-powered wireless sensors, Bluestacks’ software for running Android apps on Windows, and A.M.P., a music-playing robot from Ologic.

Many of the startups demonstrating at Eureka Park last year sported some sort of physical product — something that’s surprisingly rare in the wider startup world. The variety of interesting companies at Eureka Park could be a sign that startups are ready to make a bigger splash in consumer electronics in 2013.

This year, Eureka Park will be 40 percent larger and will feature more than 140 different companies, according to CEA’s Karen Chupka. Eureka Park startups will also receive much more attention this year thanks to Showstoppers Launchit, a new demo-and-pitch event that will highlight the more interesting companies.

Qualcomm proves why it matters to you

Most consumers have likely never heard of Qualcomm, even though chances are good that they’re reliant on its mobile processors and wireless chips every day.

But that’s all going to change this year, as Qualcomm chief executive Dr. Paul Jacobs kicks off CES with the opening keynote. Neither Qualcomm nor Jacobs seem like the ideal successors to Microsoft’s and Steve Ballmer’s recent bombastic keynotes, but the change is nevertheless important. It shows that Qualcomm is finally willing to step into the spotlight, and that it may finally want some recognition. (Jacobs was also interviewed by Charlie Rose last night.)

With Qualcomm taking the lead, perhaps we’ll see more of a focus on the internal components making new devices possible at this CES. And instead of Microsoft’s pie in the sky research projects, which typically dominated its keynotes (but rarely made it to consumers), we’ll hear about realistic component advances that will actually impact shipping products.

Expect Qualcomm to make more noise throughout the year as it fights to become a household name.

Reduced emphasis on tablets and smartphones

CES, and indeed the entire mobile industry, has been a bit drunk on tablets over the past few years. More than 100 tablets were featured at the 2012 CES, and 2011 sported a similarly high number. The tablet bonanza mostly came from companies jumping over themselves to build Android devices — even if they weren’t offering anything unique. This year, the tablet sector seems more sane.

It’s pretty clear now that the market only has enough room for a few Android tablets to succeed. And with the success of the Nexus 7 and Kindle Fire, all signs are pointing to cheap and small tablets becoming the mainstay Android slates, a standard that’s difficult for smaller manufacturers to meet.

The advent of Windows 8 may lead to a few tablet announcements from big PC makers. But judging from what I’ve seen over the past year, most companies would rather hold their own media events later in the year to show off major new devices rather than fight for attention at CES.

Nvidia is expected to show off the Tegra 4, a powerful new mobile chip for smartphones and tablets, so we may also see some devices announced around that. But even if that does happen, Nvidia has mostly lost the mobile chipset battle to Qualcomm, so I won’t expect to see many Tegra 4 devices at CES.

I don’t expect many big smartphone announcements at the show, either. Samsung is hyping up a mysterious new device, but chances are slim that it’ll be the Galaxy S IV, the latest addition to its flagship line. It’s only been around eight months since the Galaxy S III debuted, and I can’t imagine Samsung would want to cut its lifetime short. I’ve also talked with a few mobile carriers who mentioned they won’t be showing off any significant new devices at the show. 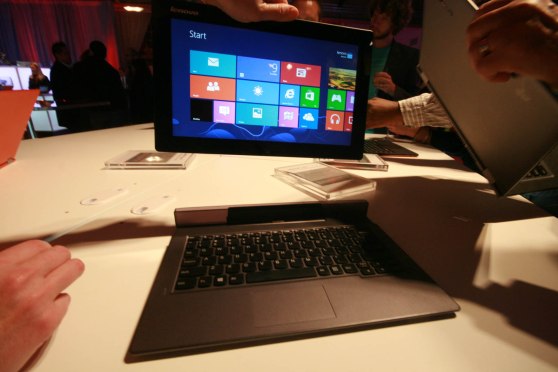 Now that Windows 8 has proved Microsoft can merge both desktop functionality with the ease of tablets, expect more companies to show off their touchscreen-enabled computers at this year’s CES. While they’re not exactly new, this year touchscreen computers will finally have a vehicle to demonstrate their usefulness via Windows 8, something that wasn’t possible with previous desktop operating systems.

If I’ve learned one major thing from reviewing Microsoft’s Surface, it’s that touchscreen functionality in a notebook is more useful than you think. 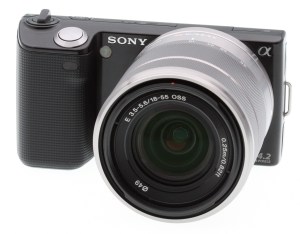 Cameras like Sony’s NEX series, which offer the quality of a DSLR without the heft and expense, are all the rage in the these days. Mostly, it’s because mirrorless cameras have massive mainstream appeal — they offer higher quality and more options than simple pocket cameras, but aren’t as complicated as DSLRs.

This year the CEA awarded one of its CES Innovation Awards to Sony’s RX1, the first mirrorless camera to squeeze in a full-frame sensor (the current gold standard in DLSRs). There’s a good chance we’ll see a few more full-frame mirrorless cameras debut at the show. At the very least, we’ll see new models, new lenses, and even cheaper prices at CES this year.

Wrapping up: Another year of innovation ahead

CES is ultimately a trade show, meaning it’s intended more for the buyers and sellers who attend than media and consumers.

Despite all it has working against it — the crowds, the hype, Las Vegas — CES remains one of the most interesting tech events of the year. With so many companies and industry figures in one spot, it’s where we’ll begin to see the tech trends for the next year take shape. So even without the promise of a shiny new tablet on the horizon, I’m ultimately excited to brave the crowds this year along with the rest of the VentureBeat crew.