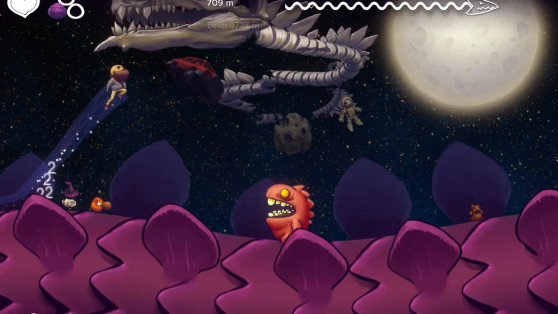 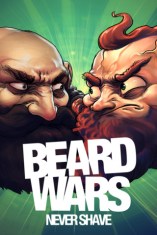 Beards, puppies, and dragons: What do these three things have in common? They’re all favorites of independent developer Cleaversoft, which is about to debut its first full-blown video game (due in early 2014) at the Music and Gaming Festival (MAGFest) in Maryland today.

Dragon Runner (iOS, PC, Mac) is a runner-type game like Tiny Wings and Jetpack Joyride, and it has a smart vision for reinvigorating the genre. It’s also a big step up from the studio’s previous releases, BeardWars and PuppyWars, which are only available for iOS. Cleaversoft founder Rich Siegel thinks of them more as “navigatable mobile apps” than true “living, breathing” video games.

What makes it different

The difference shows. Dragon Runner’s premise sounds fun and exciting: you play as a bearded hero named Stanley who slays dragons in space. He runs across their backs as they’re flying, too, which distinguishes the game from other runners where your environment doesn’t move on its own. This one’s actually alive. 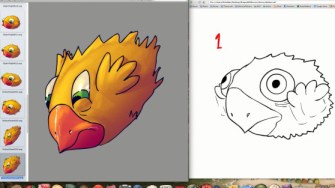 “I guess the big thing we’re adding right off the bat that’s different from those games is you’re running on this living, moving surface,” Siegel told GamesBeat in a phone interview. “The dragon flies up; he flies down. He’s moving up and down as you’re running on him. He wiggles. She wiggles.”

Dragon Runner also contains more depth than other runners, which often resort to recycling content. “You kind of go through a couple of areas, and there’s these repeating enemies and repeating situations,” said Siegel. “We don’t have [that]. There are random spawns as far as things being on levels. … You also have things that are triggered by not only the distance [where] you’re on the dragon but also by time.”

The team and its plans

With the small success it’s achieved with PuppyWars, which has reached over 50,000 downloads, Cleaversoft could afford to expand. Joining the former one-man team are talented artist Paul Davey (“Mattahan” on DeviantArt), who worked on Cleaversoft’s previous titles; programmer Mark Bradshaw (Lose Your Marbles); animation specialist Zach Cohen; and chiptune musician Paul Weinstein (aka “Chipocrite”), who created an original soundtrack and sound effects all on his Game Boy. 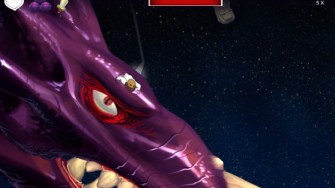 “We’ve been working on the game for about 10-and-a-half months now,” said Siegel. “We realized that we really love it more — maybe more — on the TV, so we really want to put it out on everything since that’s going to be a possibility.”

Cleaversoft’s early vision for Dragon Runner was much smaller. The developer originally planned to make it a universal app for iOS before deciding to use the Unity 3D engine, which builds codes for virtually any platform. But the painstaking design is what Cleaversoft hopes will make Dragon Runner one of the most stunning games on iOS. The studio handpainted and animated every character, frame by frame. And it’s not every day that you see a DeviantArt member (“Mattahan”) handling it all.

The studio is also looking into universal saving across platforms, but that’s only part of what makes Dragon Runner so accessible and deep. Games like Subway Surfers and Monster Dash are controllable with only one or two buttons, so they’re easy to grasp. In Dragon Runner, Stanley’s sole moves are Jump and Anchor, but these have multiple applications depending on how or when you press them. And jumping on enemies’ heads keeps you alive longer. 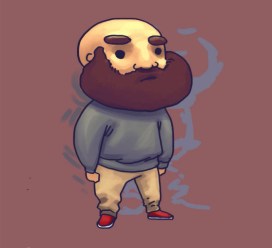 Dragon Runner is easy to play, but it’s not easy. “Most people will die,” said Siegel. “And it’s more so gaining skill in the game that will get you farther than necessarily upgrading things.”

Siegel referenced Spelunky as an inspiration as far as the feel of the game and how it progresses. And the PlayStation 2 title Shadow of the Colossus is also an influence — once you reach the end of the dragon’s back, you have to take out the head.

“The key thing for advancement in the game is killing at least one type of each dragon,” he said.

So why dragons? It’s just a natural fit, according to Siegel. They wanted players to feel like they had power over something much bigger than them — hence the Shadow of the Colossus vibe.

Cleaversoft even combined its love of dragons with its love of beards. A few bearded dragons appear in the game, and Stanley, the main character, has an “epic beard that’s always flapping in the wind.” 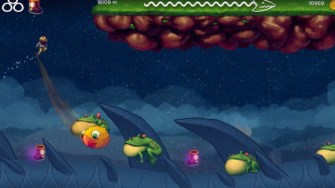 Siegel added, “We haven’t implemented it yet, but we’ve been discussing a power-up where he tosses out chunks of his beard.” Kind of like fireballs in Mario, he joked.

And Super Mario Bros. — a series Siegel has been playing his entire life — has been a huge source of inspiration. Even though the original is largely considered a platformer, Siegel says it’s a “one-runner” like his game: When you die, you start back at the beginning.

Siegel aspired to bring the depth of classic Marios into Dragon Runner. Instead of three golden coins, for example, the team put in three dragon eggs that give Stanley more power when he faces one of the beasts’ heads.

“There’s always new things [in Mario] to learn about and find, and little glitches. We just want to add in even more Easter eggs — even more crazy things to find in Dragon Runner than in a Mario game. And if we can do that in a one-runner, and really do it well … I believe in my heart of hearts that we’ll have something, and people will just love it.”

Check out a sampling of Mattahan’s work in the gallery below. Click on the first image to view its caption.

Screenshots are taken from the Dragon Runner MAGFest promo video. 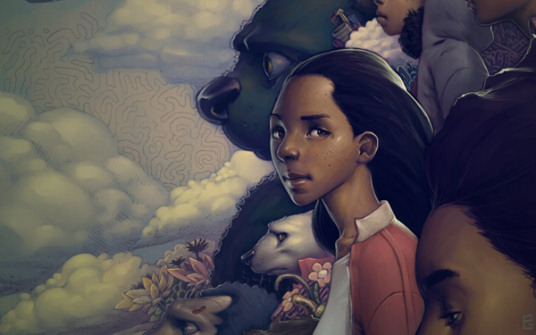