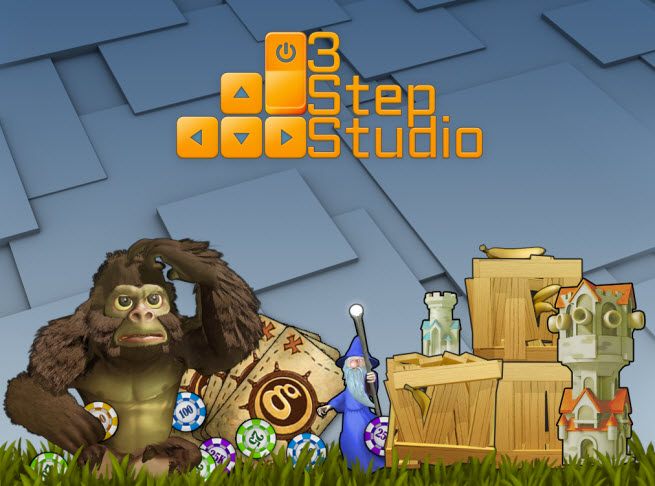 GarageGames has been around since 2000 making tools for professional developers. But starting today, it is taking its goal of democratizing game making a step further. It advances the do-it-yourself dream: if anyone can make movies or music, then why not games?

The company is launching a Kickstarter crowdfunding campaign to raise $500,000 for its do-it-yourself software suite, dubbed 3 Step Studio.

Anyone could use 3 Step Studio to build games for the iPhone, iPad, Windows, or Mac. No programming skills are required for what GarageGames has in mind. If this sounds familiar, that’s because it competes directly with Heavy Water’s Kickstarter project, started yesterday, to make the Axis Game Factory for amateur creators who want to build 3D game worlds. Clearly, a trend to release tools that allow just about anybody to create his own game masterpiece has begun.

Larger do-it-yourself tech trends — that make it easy to create websites, fashion computer art, and launch apps on app stores without going through major publishers — have bolstered this phenomenon.

“We see a problem that should be addressed,” said Kyle Miller, a producer at GarageGames, in an interview with GamesBeat. “Very few people can use available game engines and create a product for the masses. But there are a lot of people who want their own ideas for games to come to life.”

To date, developing games requires expert programming knowledge. But GarageGames, which has made tools based on the Torque engine, believes that we’ve reached a point where they are easier to create. In contrast to Heavy Water, GarageGames focuses on 2D games for now.

With 3 Step Studio, you choose a template in a genre, such as physics launcher, tower defense, blackjack, platformer, or role-playing game. You can then make it your own by tweaking the design to express your own creativity. You can import your own art work and audio. And you can create your own backgrounds, characters, music, and visual effects. Then you can use the templates to tweak gameplay items such as power, hit points, physics, or speed. You can make these changes by clicking on a user interface menu, not by writing code.

GarageGames created its own Pac-Man clone with the tower defense template, and it made a pinball game using physics launcher. After you finish your project, you can use the studio tools to share it with friends and family.

GarageGames believes it can succeed because it has rich history of working with indie game developers. Its Torque engine appealed to indies at a price that hobbyists could afford. At the moment, the tools are available for licensing at a variety of prices, mostly around $100 or so. But the company is on a path toward making everything available on an open source basis where GarageGames would focus on making money via training.

Others are driving in this direction. Rivals include Mojang’s Minecraft (at least in terms of customizing your own worlds), GameGlobe, Jumala, and Roblox. And Game Salad is another startup with a goal of democratizing development on mobile devices.

“This speaks to the fact that there is market demand for this kind of tool,” Miller said.

Miller said that GarageGames frequently tests its tools by holding its own “game jams,” where the staff of 20 employees uses the software to create games. Professional programmers often find templates to be limiting, but Miller said that the unique thing about 3 Step Studio is that it allows a developer to create something that looks far different from the original template.

If the company raises more than its stated goal, it will try to do web, Android, and Linux versions as well. 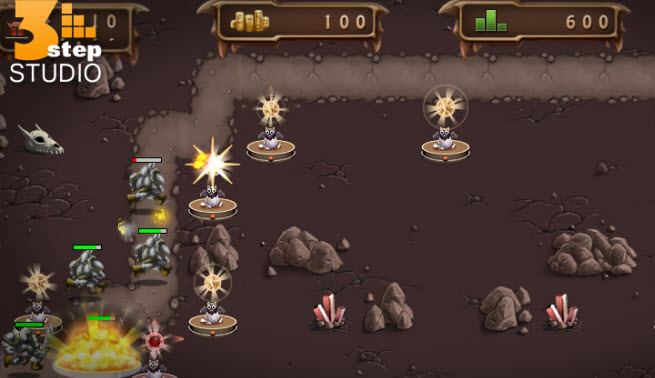