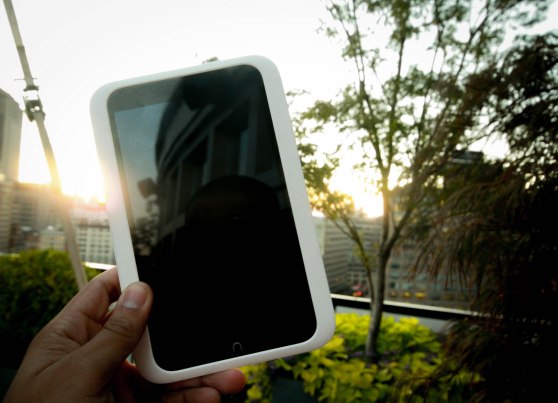 If you bought a Nook HD or Nook HD+ plus over the holidays, you probably didn’t have too much company.

Barnes & Noble has reported its Nook sales results for the holiday season, and it spells out some bad news for the company’s e-reading venture.

Revenues for the unit were $311 million — a 12.6 percent decrease from last year’s numbers. Barnes & Noble said that while Nook content sales were up 13 percent, Nook device sales took a dive of an unspecified magnitude.

“Nook device sales got off to a good start over the Black Friday period but then fell short of expectations for the balance of holiday. We are examining the root cause of the December shortfall in sales and will adjust our strategies accordingly going forward,” Barnes & Noble CEO William Lynch said in a statement.

Barnes & Noble shouldn’t have to examine for long, because the root cause of that sales shortfall should be pretty obvious: competition. Between the iPad Mini, Nexus 7, and Kindle Fire, the 7-inch tablet market is cutthroat, intense, and largely kicking the Nook HD’s tail.

And then there’s the e-reader market, where Amazon’s Kindle Paperwhite has taken over despite being largely similar to the Nook Simple Touch with Glowlight.

Barnes & Noble’s problem isn’t that it creates bad devices– it’s  just that no one is buying them. Blame its pricing strategy or content ecosystem or even the Nook’s tiny mindshare, the conclusion is the same: Barnes & Noble needs to figure things out — and quick.