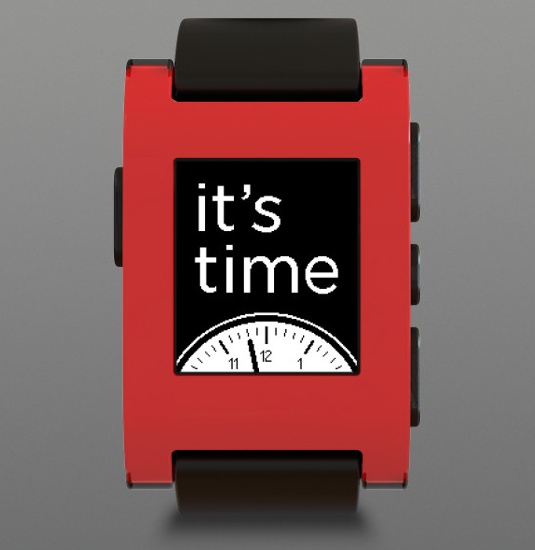 The much-delayed Pebble E-Ink smartwatch is almost here. The Pebble team just sent out invites to a press conference taking place at CES at 9 a.m. Pacific on Wednesday. It will also be streamed online at the company’s site.

Pebble raised more than $10 million on Kickstarter, leading some to herald it as a champion of the crowdsourcing model (especially since traditional investors passed on it). The watch connects to your smartphone to show incoming data like caller info and calendar entries, and it can also run a variety of apps. We’ve seen many attempts at smartwatches, but for some reason the Pebble struck a chord with its more than 68,000 backers.

But after missing its initial ship date of last November, and with few updates from the Pebble team, it also quickly became an example of the dangers of crowdsourcing. A ton of funding, after all, isn’t going to teach an inexperienced company how to manufacture at a large scale.

The last we heard, Pebble’s lead designer Steven Johns was “stuck in Asia” trying to get the watch out the door.

VentureBeat will be on the ground at Pebble’s launch announcement next week, as well as for the rest of CES 2013.