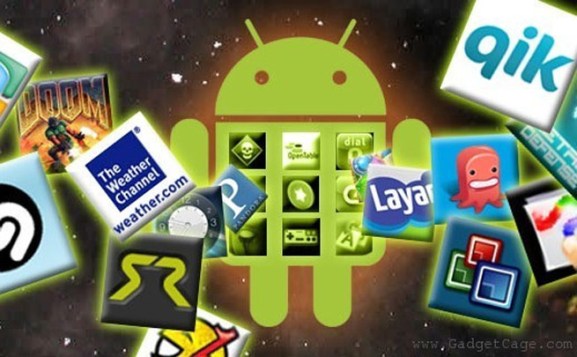 I think we’re well past the time when number of apps is the defining factor of a mobile ecosystem, at least if you’re Apple or Google. Perhaps not so much if you’re Windows Phone or RIM.

But it’s still an occasional cause for genteel indirect Google-Apple pissing contests in dueling press releases. And if the number is high enough, it’s still an indicator for smartphone owners that almost any app they might actually want will actually be available. Even though most probably realize that with hundreds of thousands of apps on the major app stores, many are derivative crap.

That said, Google Play looks like it will pass the million-app mark in June, according to new data from The Sociable, which plotted all the officially available numbers and “used a process of polynomial regression” to estimate the date:

Google actually caught up with Apple in October — or got close enough that the distinction became academic — with 700,000 apps. The Sociable estimates that Google Play now has 800,000 apps and is growing faster than the iOS app store.

That makes sense, tying in with Distimo’s numbers released in late December that suggested that Google Play was growing revenues twice as fast as Apple’s app store. And with the fact that while it took eight months for Google Play to go from 200,000 to 400,000 apps, it took only slightly longer to get from 400,000 to its current 800,000 — meaning that Google is almost maintaining its rate of growth despite the massive increase in absolute numbers.

All of which may not matter very much to smartphone owners. But it is an indication of Android’s continued growth, if not in the U.S., at least globally.