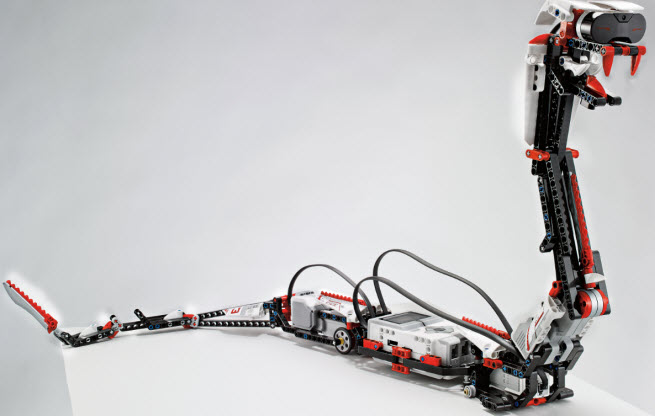 LEGO introduced its Mindstorms toy robots 15 years ago, starting a movement toward intelligent toys and instigating a large hobbyist community that was interested in the educational value of programmable toys. Today, it is extending Mindstorms with a new version that allows people to program the robots without using a computer.

The LEGO Mindstorms EV3 has an “intelligent brick” that you can use to program instructions for your robot. In the past, you had to program the robot on the computer. Once it was done, you had to download the program to the robot via a cable. Now the system can bypass the computer altogether.

After three years of development, LEGO is unveiling the new system at the Consumer Electronics Show in Las Vegas this week. The system will be available in the second half of 2013 for $349. The platform now has native-language editions for Russia, China, Spain, Japan, Denmark, France, Germany, Holland, and Korea.

LEGO first launched Mindstorms in 1998. It has redesigned it for an audience of children who have grown up with technology and are more proficient in commanding and controlling mobile devices. Today’s audience for consumer robotics is bigger than it used to be, but LEGO wants to widen the market further by simplifying the experience for younger users. At the same time, the new devices will be more flexible and powerful for hobbyists and other enthusiasts.

The EV3 has a faster processor and more memory. A new infrared sensor gives builders more control over their robots than before, adding more personality to the robot. The robot will follow a person with a remote control. It uses Linux-based firmware, a universal serial bus (USB), and an SD expansion slot for programming expansions. It will also be compatible with Apple iOS and Android devices.

Billund, Denmark-based LEGO will include building instructions for 17 different robots such as “Everstorm,” a Mohawk‐sporting humanoid that shoots mini‐spheres as it walks, “Spiker,” a scorpion‐like robot that searches for an IR beacon “bug,” or “Reptar,” (pictured above) a robotic snake that slithers, shakes, and strikes. With modular builds, children can begin programming and playing within minutes. Builders can then add more pieces such as motors or sensors that change the robot’s functions.

A “mission pad” adds a new element of game play and lets children compete against themselves as they create obstacle courses for robots to maneuver around. In a collaboration with Autodesk, LEGO will enable 3D building instructions that allow builders to zoom in and rotate each step in the process, making it easier to assemble advanced robots.

“We were among the first companies to help children use the power of technology to add life‐like behaviors to their LEGO creations with the Mindstorms platform,” said Camilla Bottke, LEGO Mindstorms project lead at The LEGO Group, in a statement. “Now, we are equipping today’s tech‐literate generation of children with a more accessible, yet sophisticated robotics kit that meets their tech play expectations and abilities to truly unleash their potential so that they may surprise, impress, and excite the world with their creativity.”

As the international team designed the system, 12 enthusiasts from Greece to Canada tested the platform and offered advice. The company is making a new version of the platform optimized for schools, since Mindstorms has become a huge phenomenon in educational competitions. 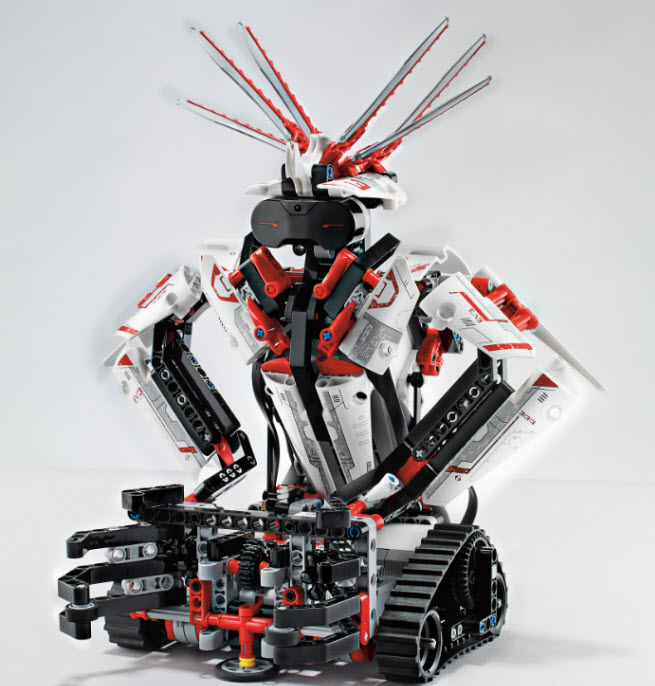