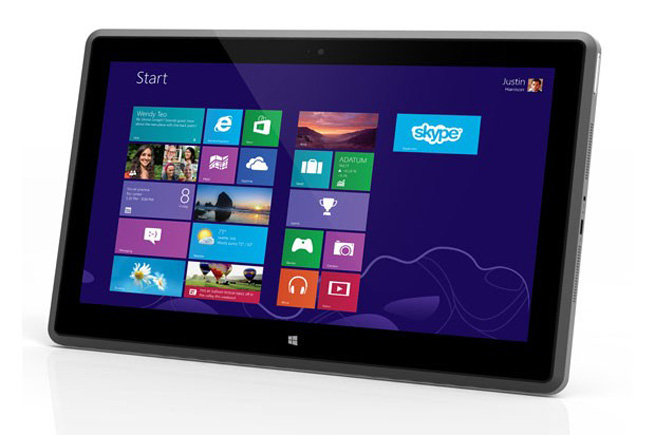 American electronics business Vizio has released details on its first Windows 8 tablet, with an 11.6-inch 1080p HD display and some surprisingly nice specs.

Vizio has been trying to make a name for itself in the PC market since early last year, when it debuted sleek-looking computers that clearly took some design cues from Apple. The company also took another stab in the hardware arena with its first Google TV set-top box last June.

Vizio has not announced pricing or availability yet for the tablet, but we expect the company might let those details out during CES.

On top of the new tablet, Vizio also refreshed its line of PCs. All of the company’s all-in-one PCs and thin and light laptops will come standard with touchscreens and quad-core processors, two things that should make the Windows 8 experience on those machines much better.