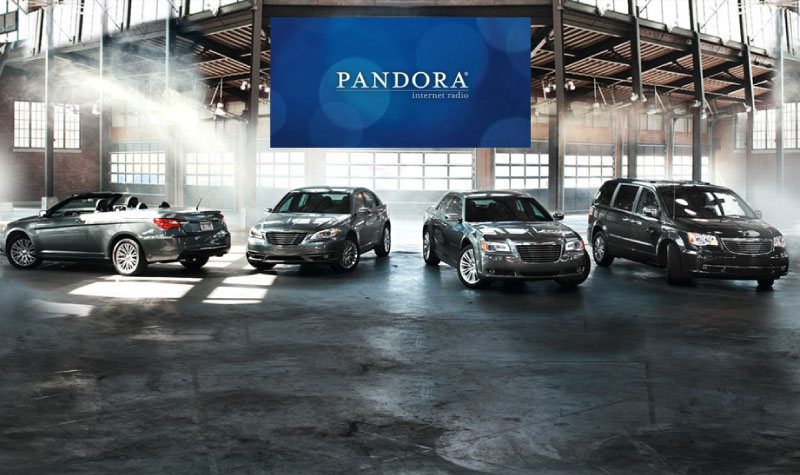 Pandora announced a new agreement today that will put its streaming music service into automobile maker Chrysler’s line of vehicles, it announced today at the 2012 Consumer Electronic Show.

While Pandora usually gives a lot of attention to expanding its profile on mobile devices (such as smartphones and tablets), it’s trying to enter your car, as VentureBeat reported nearly a year ago. That makes perfect sense for two main reasons: Regular AM/FM “free” radio isn’t that great anymore, and playing music in your car goes together like chocolate and peanut butter.

The deal with Chrysler is one of over a 1,000 partnerships Pandora has made to make its service available on other platforms. Pandora already has agreements with the top 19 automotive brands in the U.S, and its music service is now available in 85 different vehicle models and through 175 automotive aftermarket devices (aka stereo systems installed after the car was purchased.)

We’ve listed some other usage statistics Pandora released below: