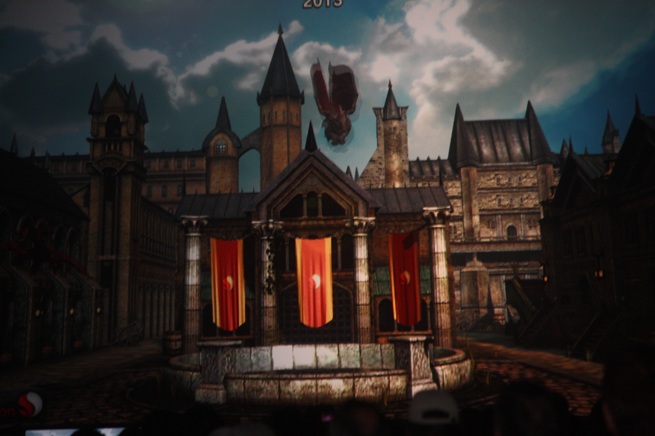 Paul Jacobs, chief executive of Qualcomm, introduced a new family of mobile processors at his opening keynote speech at the Consumer Electronics Show in Las Vegas. 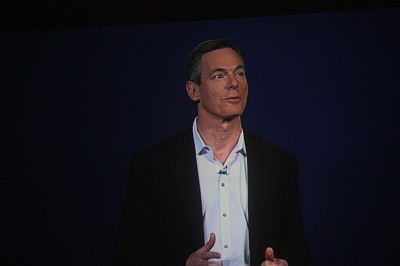 The new 800 series processor will be able to handle improved wireless data communications and will offer better computing power for smartphones and tablets, which together are on a path to be owned by every human on the planet.

The new 800 series chips are coming in the second half of the year. Of course, telecom service providers like AT&T need to continue deploying the 4G LTE networks that are capable of handling the Snapdragon 800 technology. But the chips are necessary to help deal with surging demand. Jacobs believes that data networking demand on mobile networks will grow 1,000 times.

He described the Snapdragon 800 as enabling “console quality” graphics on a mobile device. The dragon animation that Jacobs showed did indeed look good, but it wasn’t nearly as good as the graphics that Nvidia demoed yesterday with its new Tegra 4 mobile processor. Still, Jacobs said the new chip could process video in the 4K Ultra HD format that is being used in the newest TVs.

Guillermo Del Toro, director of the upcoming end-of-the-world film Pacific Rim, joined Jacobs on stage. Qualcomm’s Snapdragon chips are powering the giant robots in the film and, Jacobs said, “are canceling the apocalypse.”

Jacobs also said the company is introducing a mid-range set of chips dubbed the 600 series processors.