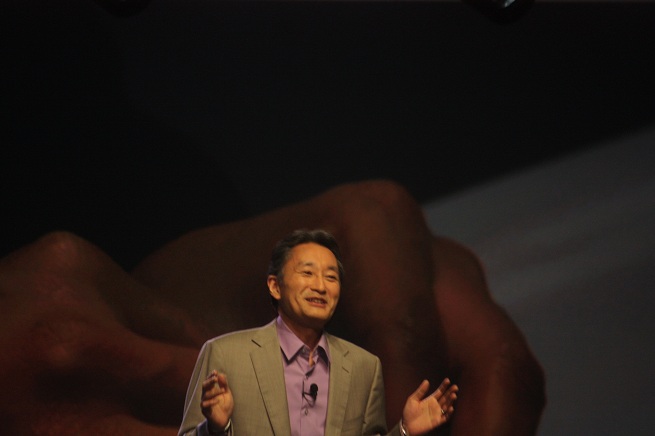 Sony announced its new Xperia Z smartphone today in its latest attempt to make headway against Apple and Samsung in the mobile business.

This kind of crafted product is what Sony is counting on to turn its business around, said Kaz Hirai, the new chief executive of Sony, in a press event at the Consumer Electronics Show in Las Vegas. Sony is struggling to remain relevant in consumer electronics, and Hirai has focused on fewer products, such as gaming and digital imaging.

The Xperia Z has a Bravia2 engine to display 1080p high-definition video. And it has a 30-megapixel camera that can take sharp pictures. It can share photos with near-field communication technology (NFC), where you just bump another Sony device to transfer a photo.

Sony calls the transfer system “one touch.” You can put the phone on a set of  Sony speakers and music will fill the room, said Phil Molyneux, head of Sony Electronics.