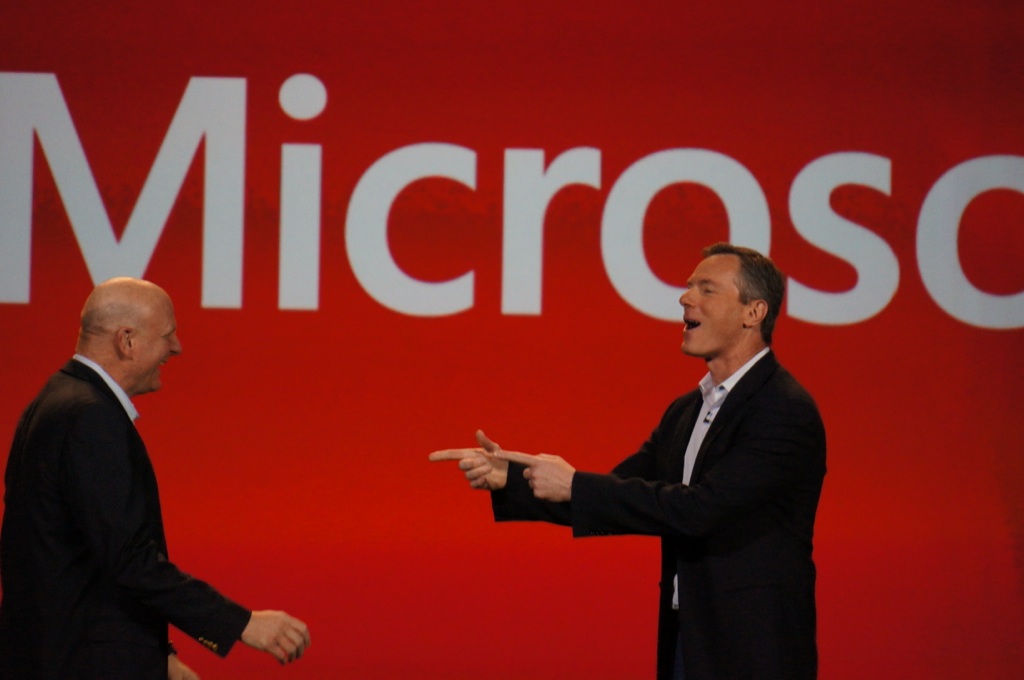 “Born mobile” is the overarching theme Qualcomm has been promoting over the past few weeks, and tonight the company’s chief executive Paul Jacobs finally had a chance to elaborate on that idea at the CES opening keynote in Las Vegas.

But it wasn’t too long into Jacobs’ keynote before Microsoft chief executive Steve Ballmer bounded onto the stage, with his typical exuberance. It was a sort of passing of the torch, since Ballmer handled the CES opening keynote for the past few years. Microsoft announced last year that it would no longer hold a major presence at CES, and that included stepping back from the keynote.

Ballmer showed off new Windows 8-powered computers relying on Qualcomm processors, like the Samsung Ativ and a Dell XPS notebook. He also showed off the Lumia 920 and HTC Windows Phone 8X smartphones.

Mostly, Ballmer lent an air of legitimacy and energy to Jacobs’ keynote, which got off to a slow start thanks to a loud Gangnam Style intro and was followed up by bad actors pretending to be mobile-empowered teens. 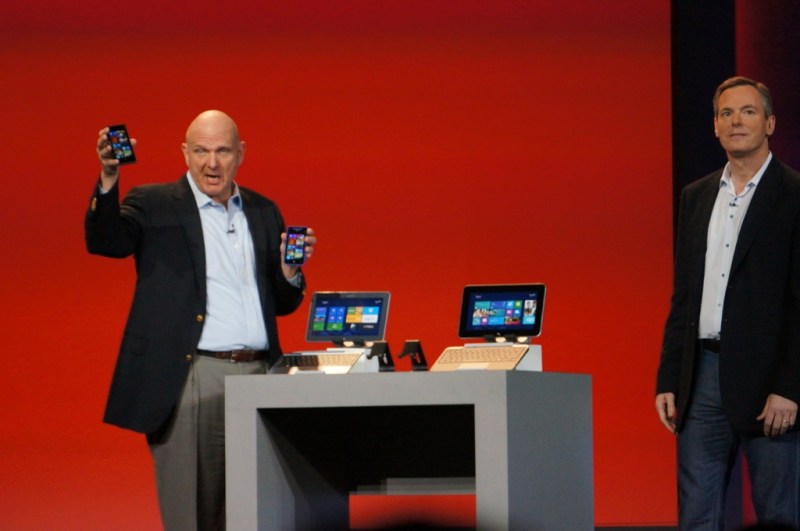 Above: The Microsoft CEO left the opening keynote spot a year ago, but he reeturned for a cameo to talk about Windows Phone 8.