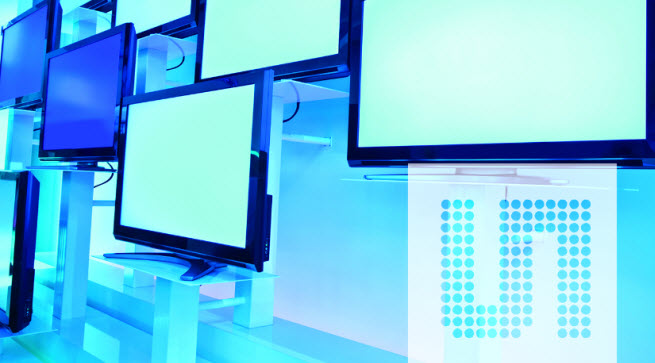 That’s a considerable achievement, since TVs from just a few years ago consumed more than 250 watts. Today’s TVs are closer to 100 watts. But the energy hogs are on their way out as electronics becomes more powerful and more energy-efficient at the same time. AMS says it exceeds the requirements of the U.S. Department of Energy’s Energy Star 6.0 proposed standards, which, when implemented this spring, call for 42-inch TVs to consume just 62.9 watts of power. For any size, the maximum power consumption is 85 watts.

AMS says that if you replaced every TV in the U.S. with this sensor-driven backlighting technology, it would reduce carbon dioxide emissions as much as removing a million cars from the road. The Consumer Electronics Association says consumers want both a low-power, high-definition TV as well as better picture quality.

The AMS Digital Ambient Light Sensor can sense the ambient light level of a room and adapt the backlight to a lower power level. The impact is an improved contrast ratio for the TV, which is good for the viewing experience. The TV is also less likely to blind the viewer with excessive brightness. And it reduces the power it uses substantially.

“One of the biggest power users in consumer electronics today is the flat panel TV. Higher efficiencies are being mandated by countries throughout the world to reduce energy consumption,” AMS spokesman Herbert Truppe said in a statement. “By intelligently connecting AMS sensor-driven lighting technologies to current TV designs, high-quality viewing experiences can be delivered with no increase to the cost of the television, while significantly reducing energy consumption and CO2 emissions.”

The technology is available now and can be used in TVs debuting this year. AMS has 1,200 employees and 6,500 customers. The company was previously named Austriamicrosystems but rebranded itself as AMS after its 2011 acquisition of optical sensor maker Taos.