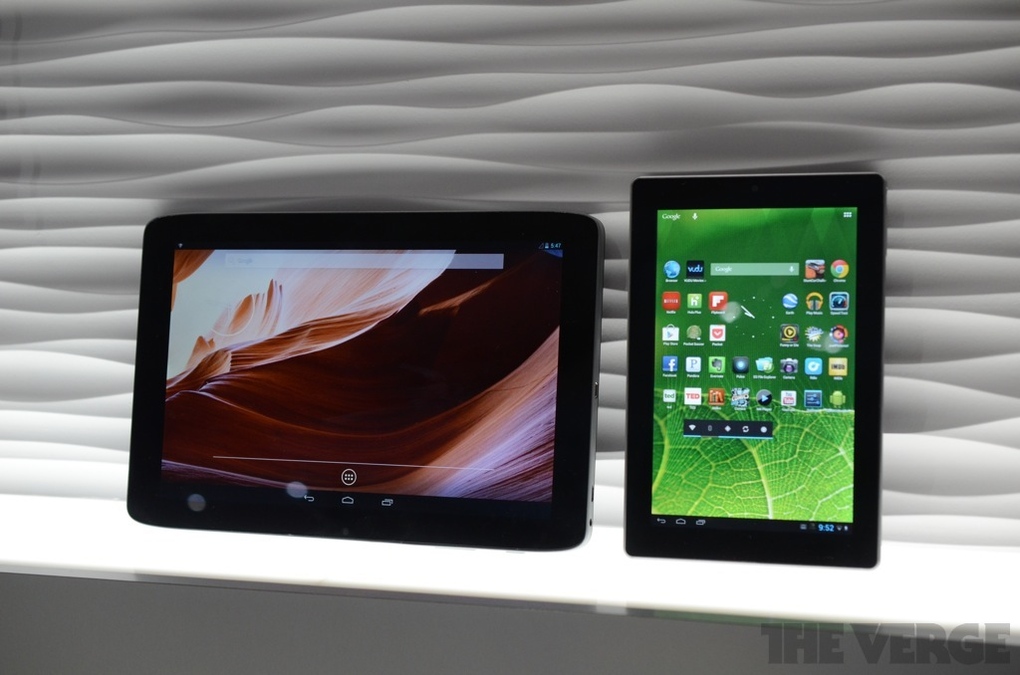 Vizio is also developing a 7-inch tablet running pure Android (meaning it has no annoying extra software), according to the Verge.

Neither tablets have names or release dates yet, but they’re each interesting: The 10-incher is reportedly very light, and coupled with Tegra 4, it promises to be one of the fastest large Android tablets. It will ship with Android 4.2 Jelly Bean, 32GB of storage, and a 2,560-by-1,600 display resolution.

The 7-inch tablet has the internals of Google’s Nexus 7 — a Tegra 3 processor, and 16GB of storage — but it’s much thinner, about the size of a Kindle e-reader. That’s a big plus, since the Nexus 7 is a bit thick compared to newer tablets like the iPad Mini.

The smaller tablet will also run Android 4.2 Jelly Bean, a departure from Vizio’s first Android tablet. The company will focus on stock Android tablets moving forward because Android has evolved to the point where it no longer needs third-party skins, chief technology officer Matt McRae tells the Verge.

Vizio isn’t announcing pricing for the tablet yet, but given the company’s focus on agressive pricing, expect it to be cheaper than the Nexus 7’s $199 base price. The 7-inch tablet will be released in the first half of 2013.