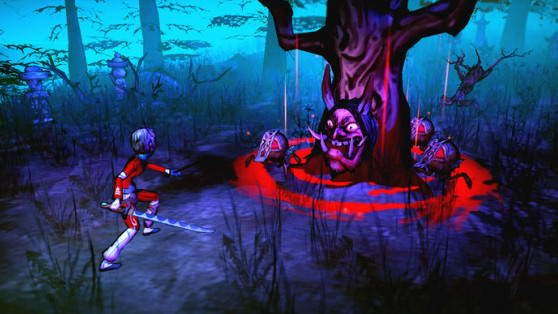 Update: The open beta for Akaneiro: Demon Hunters is underway from now until Jan. 16. Interested participants can click the “Open Beta” button on the official website to sign up. It tests advanced character training, weapon improvements, and the in-progress Shivering Pines, which is home to a tribe of frost-magic-casting imps.

The developer also confirmed two new locations, “Ghostclaw Caverns” and “The Temple Road,” and added a Linux version as a stretch goal. The Kickstarter has now passed the $50,000 mark.

Original Story: You’ve probably heard of game designer American McGee — the creator of the mature-themed series Alice (as in Wonderland). But you might not know about his Shanghai-based studio Spicy Horse and its small collection of online games for mobile and social platforms like Facebook.

Its latest project is Akaneiro: Demon Hunters for PC and Mac. If you’re heard of this before, that’s because it’s nothing new — the free-to-play action-role-playing game has been in development since mid-2011 and entered closed beta in October. As of last Friday, Spicy Horse is bringing it to the popular crowdfunding platform Kickstarter with a $200,000 funding goal. But why is American McGee’s studio asking for help now? 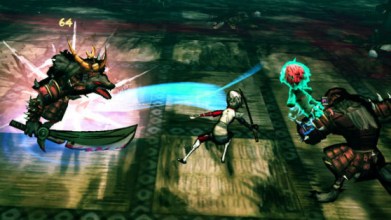 “It wasn’t always the plan [to do a Kickstarter],” McGee, the chief executive officer of Spicy Horse, told GamesBeat. “A lot of the inspiration has come from our fans. We get messages pretty constantly telling us to push our new or existing products to specific platforms. It wasn’t an easy decision because it’s difficult to position the idea of ‘starting’ a nearly finished game. Nearing the end of development, we realized there were — as there always are — many cool things we’d still like to include but don’t have time or resources for. So the Kickstarter idea came to life.”

The big additions for the Kickstarter campaign are Android and iOS tablet versions, co-op multiplayer, an equipment-crafting system, and improved community support. Spicy Horse also has a number of smaller features and stretch goals.

But success or failure on Kickstarter doesn’t mean the end of Akaneiro. “If the campaign doesn’t reach its goal, the game will survive — and those features might someday see the light of day,” said McGee. “Funding just means we can focus on new features prioritized by backer demand and bring those things to life much faster.” 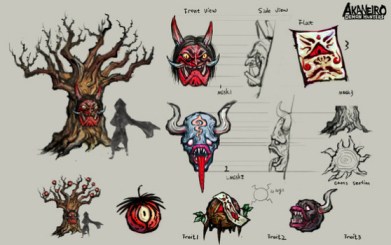 McGee originally conceived the idea for Akaneiro after reading The Lost Wolves of Japan, a historical account of the hunting of wolves to extinction in Northern Japan. That laid the groundwork for Akaneiro’s landscape and conflict — “classic man vs. nature vs. pissed off demon/spirits,” says McGee — but his studio lacked the resources to continue development. It wasn’t until Spicy Horse pivoted toward online and mobile games and received backing from investors in 2011 that it could pursue the game in full. The studio then handed over design and production responsibilities to Ben Kerslake, who drove creative direction on Alice: Madness Returns, and the CEO says that Kerslake and his team brought “a lot more depth and imagination to the game.”

That’s a level of depth that Spicy Horse is promising will make Akaneiro: Demon Hunters an ARPG “that doesn’t ever end,” according to the Kickstarter. But games like Blizzard’s Diablo III have shown that creating a sustainable endgame isn’t easy. Runic Games approached the issue in a different way in Torchlight II, adding postgame randomized dungeons in the Mapworks area. 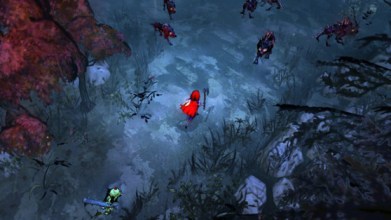 “It’s all about being able to constantly deliver more and more content [through] expansions,” said McGee. “Compared to Diablo III, I guess the biggest difference would be that we can produce our expansion packs really fast — which means they are economically viable even if the audience isn’t huge and the revenue isn’t massive. Torchlight has been and remains one of our biggest inspirations.”

The good news for backers is that Akaneiro is already a finished product, and McGee says it has plenty of room for more content.

“With the features we’ll add if the Kickstarter hits its goal, the game can become one of the deeper, more interesting examples of the genre,” he said.

Some backers have taken well to Spicy Horse’s unusual try-before-you-buy Kickstarter approach since Akaneiro is entering open beta this week. It uses the in-game currency Karma, which players can purchase or accrue naturally through play. They can exchange it like gold for items, spirit-pet summons, area unlocks, new abilities and upgrades, and more. The developer says that most of these purchases “will be for cosmetic reasons.” It added that whatever players buy during the open beta will convert back to Karma at launch; anything purchased after that point belongs to them.

Backer incentives include beta access, exclusive in-game items, and additional digital and physical rewards for those willing to pump even more money into the game than they might during play. The campaign has reached nearly 25 percent of its goal so far, with 25 days remaining.