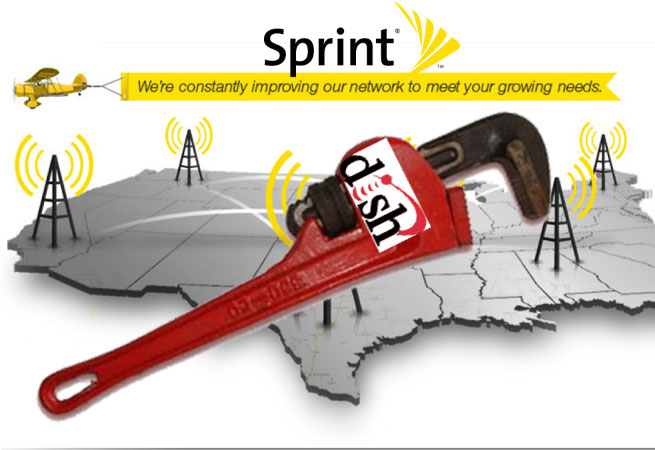 How bad is the spectrum crunch? Bad enough that wireless service provider rivals will make billion-dollar, last-minute bids to obtain more of it.

Today Dish Network made an offer to acquire a large stake in wireless provider Clearwire for $3.30 a share, placing Clearwire’s total valuation at about $5 billion.

Dish’s bid is 11 percent higher than an earlier offer from Sprint, which is Clearwire’s majority shareholder. Sprint badly needs Clearwire’s spectrum to compete with the country’s two biggest carriers, Verizon and AT&T as well as serve its own customers. This is especially true now that Sprint is providing service for data-hungry iPhone users.

Last month, Sprint made a $2.2 billion offer for Clearwire, which was contingent on Softbank’s 70 percent stake in Sprint being finalized. And since Sprint’s takeover also needs both the approval of Clearwire shareholders and federal regulators, Dish decided there was still time to throw out a counter offer.

As terms of the deal, Dish would buy 24 percent ownership of Clearwire’s spectrum for $2.2 billion, and required Clearwire shareholders to sell 25 percent of the stock. Sprint, which owns over 50 percent of Clearwire’s stock, wouldn’t need to approve the deal for it to go through.

Dish already spent billions to acquire spectrum (via bankrupt companies TerreStar Networks and DBSD) to operate its own wireless Internet service, which could then be bundled with its satellite TV service. Dish also recently won regulatory approval to convert a $9 billion-valued block of spectrum into a high-speed LTE wireless network. But since building a network infrastructure to deliver the spectrum is very costly, Dish expressed a willingness to partner with existing carriers  — namely Clearwire, should its bid prove successful.

Sprint immediately fired off a statement protesting Dish’s offer, calling it inferior to its earlier offer:

“Sprint believes its agreement to acquire Clearwire, which offers Clearwire shareholders certain and attractive value, is superior to the highly conditional Dish proposal. Sprint does not intend to waive any of its rights and looks forward to closing the transaction with Clearwire and helping consumers across the country realize the benefits of this combination.”