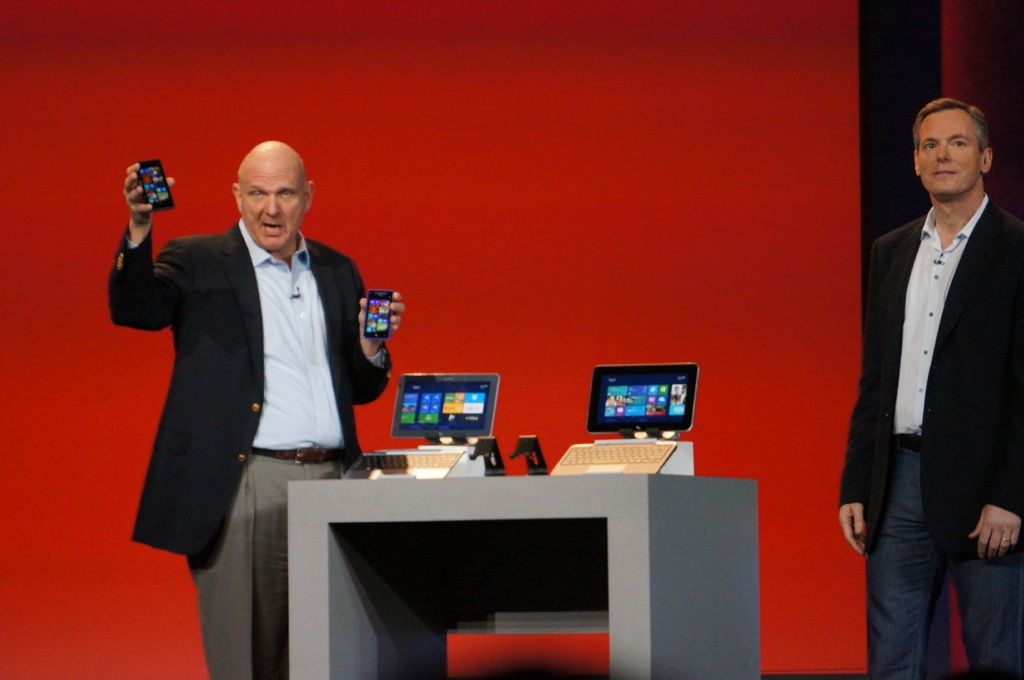 If Steve Ballmer’s cameo during Qualcomm’s CES keynote didn’t make it clear enough, the chip company has an intimate relationship with Microsoft.

When asked how he thinks Microsoft’s mobile platform will be able to compete against the iPhone and Android, Jacobs said:

It’s too early to call the game one way or another. I never count out Microsoft out because they’re willing to put a lot of effort into things, they play the long game, they’ve got a lot of resources, they have a lot of benefits in the sense of tie-ins to enterprise software and Xbox … I think there’s definitely a great opportunity there [in Windows Phone]. We’re investing heavily in that technology.

While his comments were certainly self-serving, Jacobs’ faith in Windows Phone seemed genuine. Qualcomm is already the leading Android smartphone CPU provider, so it’s not like the company is hurting for business. Qualcomm has the luxury of being able to sit and wait until Windows Phone actually takes off — and it seems like it isn’t letting the platform’s slow initial sales scare it off.