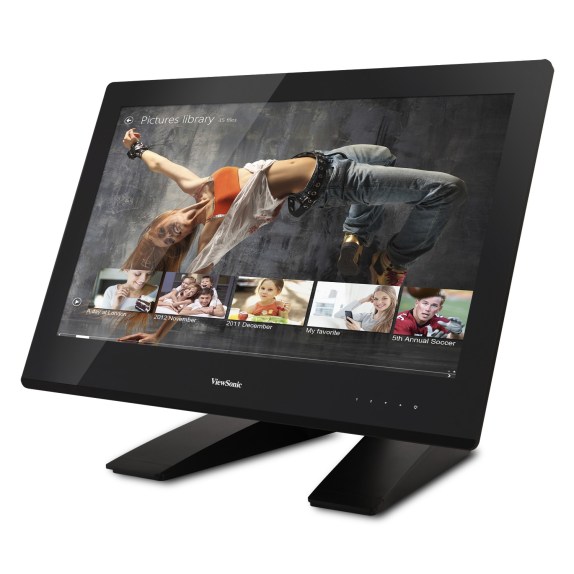 Viewsonic debuted a new line of touchscreen display monitors at the 2013 CES today that are targeted at the next generation of PCs.

The company’s TD 40 Series displays are certified by Microsoft for use on PCs that run the new Windows 8 operating system. The displays come in three different sizes, including a 23-inch model for $599, a 27-inch model for $799, and a massive 32-inch model for $2,499 — (because why not own a TV-sized Windows 8 touch screen, even if you have no commercial application for it, amirite?).

Viewsonic said the 23-inch and 32-inch TD 40 series displays will be available for purchase in February, while the 27-inch model will hit retail shelves in April.

The new displays are a good solution for anyone who’s put a lot of time, money, and effort into their current upgraded Windows 8 PC, but still wants the touchscreen capability that the new OS is built around.

But the Windows 8 certified displays isn’t the only new line of monitors Viewsonic announced at CES today. 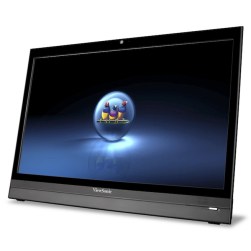 The hardware maker is also showing off  its new VSD240, a 24-inch version of its Android smart display (aka a big tablet you don’t carry around). The smart display has a 1920 x 1080 resolution screen, a quad-core, 1.7Ghz processer from nVIDIA, a built-in 1.3 megapixel webcam with integrated microphone, integrated speakers, and runs Android 4.1 Jelly Bean.

And for those that want to use it as a PC, the new Viewsonic smart display gives you the option of connecting peripherals (mice, keyboard) via USB ports or Bluetooth. You can also connect a PC or Laptop computer and use it as a traditional display, although I’m not sure why you ever would.

The new display will retail for $499 and be available to North American consumers in April 2013.