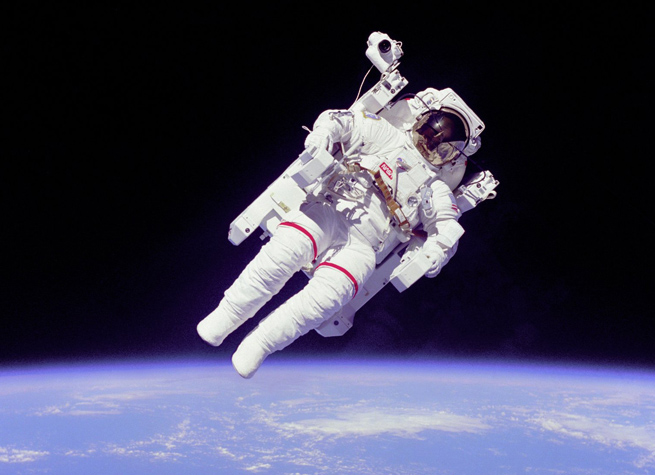 NASA is warming up more and more to partnerships with commercial space flight companies. In a press conference today, the agency announced that while it’s still focusing its own efforts on deep-space exploration, it’s ready to work with commercial entities — companies like Jeff Bezos’ Blue Origin, Elon Musk’s SpaceX, and oldster Boeing — especially on low-Earth orbit missions.

“The commercial crew program is just one part of NASA’s overall strategy,” said a NASA rep at the conference. While the agency “obviously [has] a deep space exploration strategy,” the rep continued that NASA is more comfortable than ever with “letting the private sector take a little more responsibility for low-earth orbit.”

“These are very complimentary strategies, we couldn’t do one without the other,” the spokesperson concluded.

In subsequent presentations, a roster of commercial space flight companies showed off their highlights from 2012 — what they’ve been doing with the millions of dollars they’ve received from NASA to develop viable, efficient spacecraft and launches since NASA began working with commercial entities in earnest just a couple years ago.

NASA itself began more fully supporting commercial launches with its commercial crew development program, CCDev, back in 2010. The agency chose a new roster of funded projects for CCDev 2 in April 2011; commercial crew contracts were finalized with SpaceX, Boeing, Sierra Nevada Corporation, and Blue Origin for the development of spacecraft that could transport human beings. SpaceX wasted no time in taking advantage of the contract; the startup’s first cargo delivery to the International Space Station was completed in October 2012 with deliveries of astronauts coming soon.

Also of note, Congress recently passed an important bill for private-sector space flight. The bill proposed an extension of indemnification for commercial launches, acting as an insurance policy between U.S. corporations in space flight and third parties. This insurance is critical in changing space from a government-controlled zone into a more public resource.

Today, Blue Origin, SpaceX, and Sierra Nevada gave specific updates on their CCDev activities in the press conference; stay tuned for a breakout post on their individual news items.