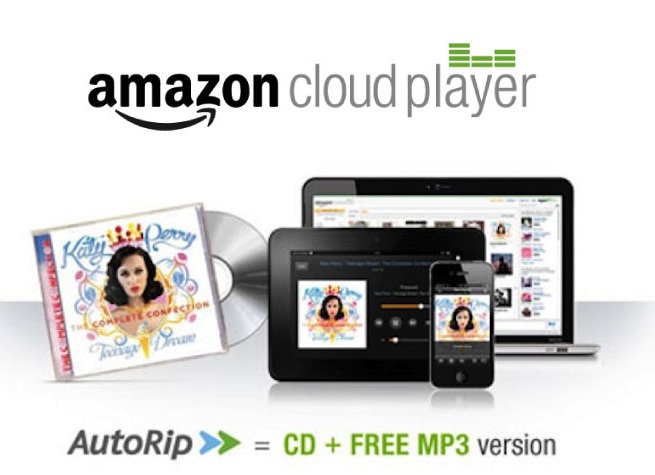 Amazon announced a new program today that gives its customers a free digital music album when they purchase the physical CD through the online retail store.

The “AutoRip” program is essentially Amazon’s genius plan to turn your parents (and other not-computer-people) into loyal users of its own cloud music service. The plan also has the added perk of converting those customers before they get swallowed up by Apple iTunes, which is undoubtedly more convenient if you have an iPhone or new iPad mini.

The AutoRip program gives CD customers access to a digital copy of their music at the exact time of purchase. And as an added incentive, any CD they bought on Amazon since 1998 is also automatically “ripped” and available through Amazon’s Cloud Music player. I suppose that’s a good starting point for the program, since the late ’90s is roughly the time frame in which regular people would have really found this useful.

Sadly, not all music will be eligible for AutoRip, meaning not all albums (and even select songs within eligible albums) will be available digitally at this time. Amazon currently has deals with three major record labels as well as a handful of notable indie labels. I’m sure Amazon will eventually sign agreements with all the music labels, but for now it is a setback.

Amazon’s plan is likely to succeed in boosting its digital music customers, too. Anyone who is still buying physical CDs (online, no less) is probably the type of person that’s slow to adopt new technology and to stay loyal to whatever service or product they first encounter. The plan also makes sense because physical music sales do actually account for a large chunk of total music revenue, according to a Nielsen/Billboard industry report released last week.

Since music is arguably the first major media industry to legitimately enter the digital marketplace (albeit kicking and screaming, but still), it’ll be interesting to see if Amazon follows suit with other physical media products. For instance, Amazon could reach similar deals with media companies for physical purchases of books, movies, TV Shows, and comic books. That said, I think digital adoption of those products will have to be much higher before it does happen.