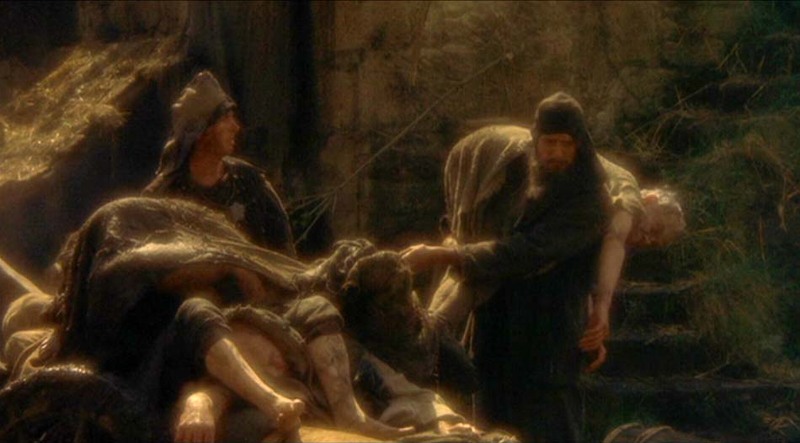 There’s no doubt that Digg has been busy.

In the last six months, the new Digg team has released an iPhone app, an iPad app, a new site design, and an new email subscription product. The momentum is enough for Digg’s new owners, Betaworks, to say that the “Digg effect” — the massive swell of traffic that sites used to notice when a post or page was dugg — is coming back.

Unfortunately, if this is success, I’m not sure what failure looks like:

Above: Digg traffic, according to Compete.com

Digg is careful to say nothing about traffic in its post, but it does say that “we doubled our users.” My guess, given the chart above — and the fact that I’ve worked on web apps with hundreds of thousands of once-active but long-gone users — is that this is not daily active or even monthly active users but simply an overall user count.

Betaworks’ strategy with the new design is to make Digg “fast and thin,” with the thinking that if you “let users go, and they will come back to you.” The strategy may be working with new users — although the current site, with Digg counts of 15, 50, and the low hundreds, would argue otherwise — but it looks like the millions of all Diggers are not coming back to the updated site.

Which is rather ironically, you might think, labelled v.1 on the current site (top left): 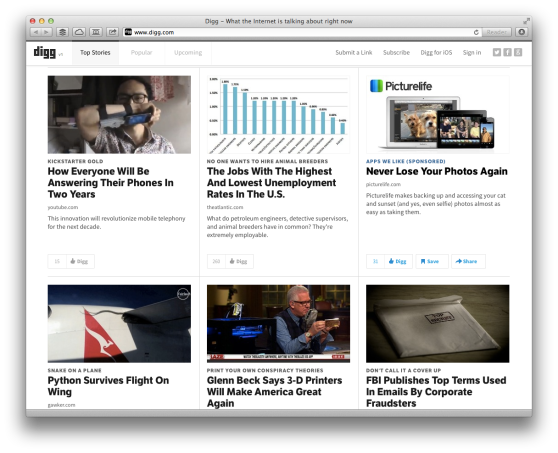 That millions of former Digg users are not coming back makes sense, of course, given that after the redesign, Digg is no longer really Digg; it’s just some site with a big history that features content that a few people view and respond to.

Regardless, Betaworks and the new Digg are starting to think about making money.

In an era of native ads like promoted tweets and posts, however, Digg’s strategy isn’t highlighting awesome (and sponsored) content — it’s hyping mobile apps that are looking for users. It seems more than a little random and unconnected to the core products, which is odd given that one of the site’s stated criterion is monetization that  “aligns to the grain of the product.”

The idea is simple: Across mobile, desktop and web, there are lots of great developers building great apps, but most people only ever see a tiny fraction of them. …

So here’s how it works: Each week we select an app to feature on the Digg homepage, and we label it with “Apps We Like.”

But what does that have to do with cool viral content that hip web surfers want to share and upvote? Kinda nothing.

Perhaps the word “yet” is the most operative one in “not dead yet.”

(Digg general manager Jake Levine and I could not connect for his comments before publication.)