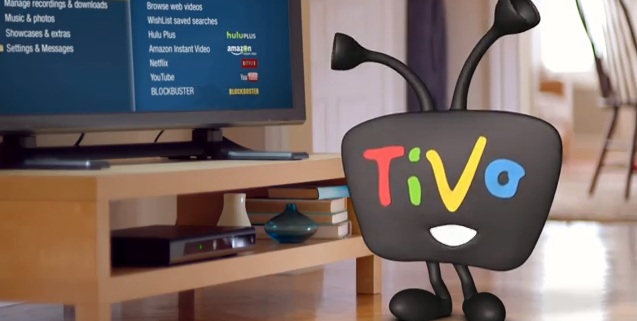 I’m a big fan of TiVo. I’ve been using DVRs of all kinds since they first came out, including the Replay TV, PC-based DVRs, cable company DVRs, and TiVos.

Last year, I named TiVo among the top five well-designed devices and called it the most innovative force in television.

Although TiVo remains the best TV-watching experience out there, there’s a lot of room for improvement. Parts of the experience are stuck in a time warp and feel like no one has touched them since the days when TiVo relied on dial-up. TiVo is oh-so-close to perfect that I’d love to see them cross that finish line.

At the same time, companies looking to disrupt how we watch television can learn a lot from the TiVo experience.

Much better UI than other DVRs. It’s clear that TiVo spends time on user experience and understands user interface design. (That’s not at all clear when looking at Comcast’s Xfinity DVR interface.) Most screens are beautiful. In addition to visuals, the TiVo UI makes great use of audio cues, including distinctive sounds. Unlike cable company DVRs, I can delete all the channels I don’t subscribe to or don’t care about, making the program guide much more manageable than scrolling through hundreds of channels.

Built in tuners. The best way to get access to all content that a customer has access to is to have tuners in the box. As much as we might want all content over the top, the reality is that pay TV and free over-the-air TV exist and aren’t going away anytime soon. Depending on the unit, you can record up to two or four shows at time. With tuners and recorded content, you don’t have to worry about capricious rules on what shows you can watch, when and for how long.

Fantastic remote. Many consumer electronics manufacturers pay zero attention to the remote. They look through the Universal Electronics catalog and buy something that looks like it’s close enough, change a few buttons and ship it. That’s too bad, because the remote control is the primary interface that most people will use. TiVo designed its own remote. Prominent TiVo features are highlighted on the peanut-shaped remote. It makes good use of color, shape and grouping to enhance the device’s overall usability.

Excellent iPad app. As great as the TiVo remote is, I often find myself interacting with TiVo through my iPad mini. The reason is simple: the iPad app has 2-way connectivity. Instead of using a dumb device to manipulate a cursor that covers up content on my TV screen, I can see information about what I’m watching right on my iPad. It can show a lot more information because of the iPad’s resolution. I can figure out what I want to watch next without having to shrink what’s on TV. The iPad app includes a scrubber control that lets me instantly jump to any point in the program without having to fast forward or rewind. The on-screen keyboard is much faster than “typing” by moving a cursor on screen. Because it uses WiFi instead of infrared (which requires line of sight), I can control my TiVo from anywhere in the house. I sometimes have CNBC on in my living room while I’m working in my home office. If a story is especially interesting, I’ll set it to record from the iPad on my desk.

Netflix, Hulu Plus, Amazon Instant Video, and Xfinity. TiVo is the only box I know of that allows you to bring all of your subscription content into one box. In addition to the regular channels from your cable provider, it support over-the-top content from Netflix, hulu plus and Amazon. This includes Amazon’s a la carte rentals and video purchases, but not the free streaming videos available to Amazon Prime members. (Thanks to Morac for the correction on Prime.) The Xfinity app provides access to Comcast’s on-demand video library, including free on-demand content, Comcast’s Streampix Netflix competitor and pay-per-view movies. Not only is all of that content available, buying it is easier than it is on an Xfinity DVR.

Search across providers. Having access to a lot of content is great. But without a good way to search across that content, it’s hard to make optimal use of it. TiVo’s universal search feature lets me search across all of the content that is available to me. I can type the name of a TV series on my iPad and see a grid of every episode. For each episode, I can see where it’s available. If it’s coming up on free TV, I can click to record. If it’s on Amazon, hulu plus or Netflix, click to watch. Because programmers have different rules for different services, I can easily see that a specific episode isn’t on Netflix but I can get it from hulu.

Second screen experience. The iPad app also has a solid second-screen experience. Apps like GetGlue and IntoNow require you to check into a show. Because TiVo knows what you’re watching, you don’t have to check in. It’s easy to instantly pull up the details on what you’re watching, including the stars and guest stars. Tap on an actor’s name to deep dive into their filmography and career highlights. It’s like IMDB lite.

Much of the bad in TiVo just seem like cobwebs from its history. If you were to redesign TiVo, you would never design these things in this way.

No built-in WiFi. TiVo requires you to use a wired network, buy a separate wireless adapter or figure out how to set up a wireless bridge. TiVo’s Wireless N adapter costs $90. All but one of Roku’s entire devices (which include wireless N) cost less than that. Apple TV (which also includes N) costs $99. At this point, wireless should be built in.

Setting up remote devices is a pain. Most apps, like the ones for Roku, can automatically discover the device on the wireless network. TiVo requires you to find a Media Access Key buried deep within the TiVo’s menus and enter that to pair a device. What’s worse, this pairing process doesn’t connect with your TiVo account. If you want to program your TiVo while out of the house, there’s a separate account and credentialing process.

Can’t set it to just record HD programming. I generally only want to watch HD content. There’s no way for me to tell TiVo to only record HD versions for content that it suggests. Likewise, when I do a search, I want the SD versions of a program collapsed under the episode listing. Resolution is an attribute of a program, not a separate program.

Some of the menu screens are still in SD. Some of the lesser used screens in the TiVo interface haven’t been updated to HD. Not only does it take away from the overall elegance of the interface, the transition causes the device to pause briefly.

Slow data refreshes and inadequate filtering on content sources. Although TiVo knows about the availability of content across devices, it’s not as easy as it should be to filter through it. I want an indication of what content is included with the subscription that I pay for versus content that would be an additional fee. There should be a dollar sign next to a pay-per-view movie to distinguish it from a free-on-demand movie. Data doesn’t update as fast as it should. For example, many programs are available on hulu the day after the air. TiVo doesn’t show them until two days later.

No DLNA integration. Many of the more recently designed media streamers, Blu-Ray players and gaming systems like Xbox, can automatically find photos, videos and music on your home network through DLNA. That should be built into TiVo. Instead, TiVo offers a really kludgy process to get photos and music on to your TiVo by using a desktop application.

Off-device viewing. It’s possible to transfer your videos for viewing on to your PC or an iPad, but it’s harder than it should be. With TiVo’s Stream add on box (additional $129), you can stream programs to an iPad, iPhone or iPod touch within your home network. Or it can be downloaded for offline viewing, such as on a plane or a train. But it requires that your TiVo be connected to a wired network. Even though it would be technically feasible, TiVo also chose not to allow streaming of the video over the Internet. (Such as what Sling allows with Slingbox.) A TiVo spokeswoman said the current DVR hardware isn’t capable of doing the video processing on its own and thus the Stream is a separate box instead of a software update. I would like to see the entire Stream functionality and streaming over the Internet should be built into the next TiVo DVRs.

Ads. Yes, there are ads on TiVo. I’m not someone who is reflexively averse to ads. It’s just that when there only seem to be two or three of them that repeat constantly, it seems pointless. If TiVo hasn’t worked out a meaningful ad business after more than a decade, it should think about reducing the clutter from its UI.

Monthly fee. I think the $15 a month service fee for TiVo is fair for the service that TiVo provides, but many people consider it expensive. It’s comparable to what Comcast charges for a vastly inferior DVR. (But with Comcast, you don’t have to pay anything upfront for the box.)

Bad guide data. In some cases, the meta data on programs is ancient. TiVo’s data still lists Erin Burnett as the host of CNBC Street Signs. I’ve been a guest on that show many times over the last two years and the hosts have been Amanda Drury and Brian Sullivan all of that time.

It keeps recording Bloomberg West. This seems to be an odd bug. It records all three airings of each episode of Bloomberg West. As much as I love Emily Chang and Cory Johnson, that’s a little much. The guide data correctly show that only the 3 p.m. episode is new, but the TiVo records all three even though I have it set to record new episodes only. TiVo blames its guide data provider for it, but as far as I can tell, the guide data is correct.

CableCard. Unfortunately, the biggest issue with TiVo is out of its hands. In order for TiVo to record encrypted programming, it requires a CableCard from your cable company. CableCard is a standard that was forced on cable companies by the FCC and they really do their best not to be helpful to consumers who want it. It took me more than a month to get my CableCard configured correctly.