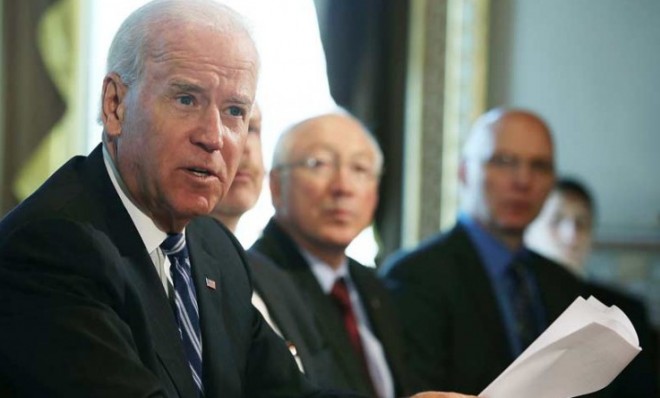 Vice President Joe Biden is meeting with video game industry representatives today to hear their opinions and suggestions about real-world violence. This is in reaction to several recent mass shootings (such as December’s massacre in Sandy Hook Elementary School in Newtown, Conn.) by relatively young people, some of whom played video games.

In response to these school shootings, the White House confirmed today that President Barack Obama will seek to reinstate the ban on assault weapons that lapsed in 2004.

Scientific studies struggle to link games to violence, so it’s unlikely that Biden will find the answers he’s looking for among the people that make Halo and Call of Duty. The majority of Biden’s sitdown with the game industry took place behind closed doors, but the vice president let the press in so he could make a statement:

“We know that there’s no silver bullet,” Biden said. “But I ask the cabinet to come together — the attorney general, homeland security, department of education, health and human Services — because we know this is a complex problem. We know there is no single answer.”

Biden then put his hand on the shoulder Electronic Arts chief executive officer John Riccitello and told him that the White House isn’t singling out the game industry.

“Frankly, we don’t even know if some of things people think impact [violence] actually impact it,” said Biden. This a reference to the public outcry against violent video games that isn’t substantiated by any conclusive scientific research.

This is the last meeting Biden is holding to help prepare for the suggestions he will make to tackle gun violence. He previously met with the National Rifle Association, law enforcement, and mental-health professionals.