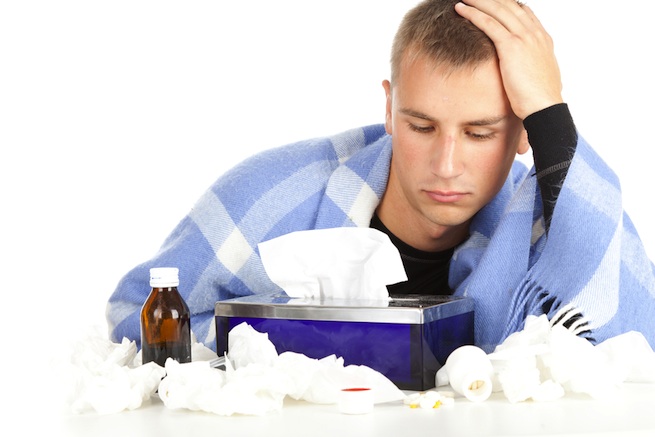 Amid one of the worst flu seasons ever reported, developers are crunching numbers and churning out new apps to prevent you from getting sick.

New apps and websites are designed to capture data that can be used to help cities get prepared, and citizens to avoid contracting the flu. FluNearYou is a recently-launched public safety project in partnership with the American Public Health Association and the Skoll Global Threats Fund. The site functions as a doctor-centric community tracker of over 40,000 people. 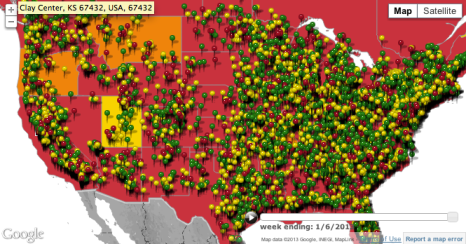 FluNearYou’s creators see an opportunity to improve pandemic preparedness if data is openly shared. So do your fellow Americans a favor, and register your symptoms if you get sick.

Germ Tracker is another data-driven effort to help you track the flu as it spreads. I’m told there’s a “high” health risk in the southern pocket of San Francisco, which is enough to scare me into getting a flu shot. However, the web app pulls in data from social media reports, so the results are likely skewed given the preponderance of hypochondriac, over-sharing Twitter fans in my neighborhood. You know who you are.

Another viral app that is getting in on the germy action, Help, I Have the Flu, is brought to you by pharmaceutical start-up Help Remedies. The app works by scanning your friends’ Facebook statuses for references to “sneezes”, “coughs” or “flu”, and alerts you if anyone in your network is sick.

If you’re a data nerd, it’s worth checking out Google’s seasonal Google Flu Trends tracker, which currently shows skyrocketing flu searches in the past month. Flu activity as “intense” in 41 states when compared to historic flu data. Likewise, the Center for Disease Control (CDC)’s own map shows a similar trend of “widespread” flu activity across the US. Good news for locals — California appears to be among the least-hit.

So knock on wood you won’t get sick (and then wash your hands).