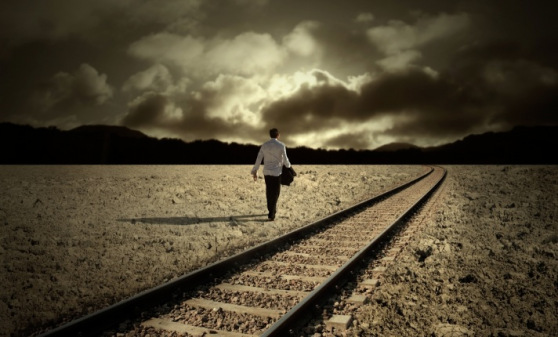 This is a guest post by entrepreneur Bernard Moon

An important factor for new entrepreneurs is the ability and willingness to change your business model or product mid-stream. Most successful startups have pivoted, but it’s not as easy as it sounds.

It’s a humbling experience to admit your original vision and product was off or something went wrong. An entrepreneur might reflect on how they spent their investors’ money or their life’s savings into a black hole and revisit the highs and lows of their journey. Some entrepreneurs don’t reach this point because they are blinded by the same fierce determination that brought them there or have a hope that things will turn around.

Related: Check out Steve Blank’s suggestions for when to pivot, and when to hold the line

As a reference, here are some successful startups that pivoted:

It is difficult to decide whether your company should pivot or not. How do you know when’s the right time? I’m assuming a company is beyond the testing and tweaking stages and fully committed down a specific product strategy and design for over six months — or even longer.  There isn’t an algorithm or some magic formula for you to use, but it is important to keep an open mind and watch for these four signs:

1. You are constantly educating the market

During my last startup, GoingOn Networks, we were constantly educating potential clients on the benefits of social networking and open communications with customers. It was a B2B, white-label social networking and publishing platform that was a few years too early. I became burned out after three years of evangelizing (2004-2007) about the coming days of social media and two-way communications. GoingOn eventually focused on the education market and gained traction within this space.

There is a fuzzy line between being a first mover and capturing a new market and being chum for sharks in the ocean depths. If you’re constantly educating your target users and trying to create a market, then you’re probably too early. This is a long and arduous process that should lead you to pivot.

Listening to your potential users is good thing.  Ninety-nine point nine percent of us are not Steve Jobs, so you can’t say, “Focus Groups? Feedback? Who needs user feedback when I know what people want?!”

Being passionate about your product is one thing, but being hard of hearing and fiercely stubborn can lead you to the startup deadpool. If a vast majority of your users don’t like your product or don’t find value in it or just don’t get it, then pivot.

3. Investors you meet aren’t buying it

After dozens and dozens of investor meetings and dozens of rejections, if the feedback is negative on the product or target market, you should consider a pivot. The story might be different if they say you need to get traction first, that you’re missing a key team member, or that they don’t invest in that space, but if it is repeated feedback that your product isn’t compelling enough or the market is too small, then consider pivoting.

There are outlier stories of incredible perseverance, such as Pandora’s Tim Westergren, who was rejected by over 300 venture capitalists and suffered through two-and-a-half years of being broke, but for most people, the outcome will not be pretty. As my father once said, “”Bernard, business is like poker. You have to know when to fold.”

4. You’re being everything to everyone

This not so much a sign for your company, but more of a forewarning. Most startups that try to be everything to everyone fail because they are burning their engineering resources on developing products that are bigger than they should be. Focus is a good thing. Pick one target market and user base.

Going after everyone or almost everyone might confuse your users. Do they want me? Do they like me? Is this product for me? I learned this the hard way during my second startup, HeyAnita Korea. We created a voice portal service that tried to be a voice-guided information service for everyone (weather, news, stock information, sports, and so on). After some soul-searching, the company pivoted on entertainment news targeted towards teens, and this new focus led HeyAnita to profitability.

Passion, excellent execution, and a strong vision should be balanced with the ability to listen well, the flexibility to recognize better opportunities, and the willingness to pivot your company onto a more successful path.

Bernard Moon is the co-founder and CEO of web conferencing and sales platform Vidquik and co-founder of SparkLabs, a recently launched startup accelerator in Seoul, Korea.