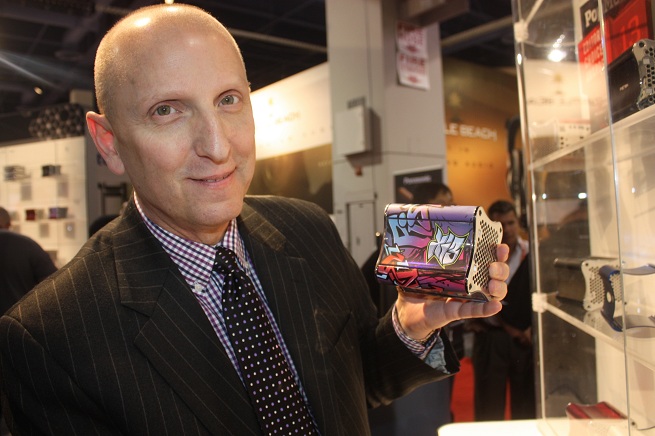 Premier game developer Valve shook the electronic entertainment world on Monday when it said that it had was working on its own open system console, which the press has dubbed the “Steam Box.” Rumors had been building for some time, creating huge excitement. 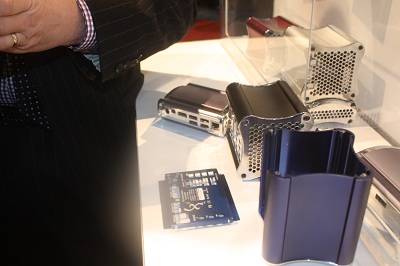 Gabe Newell, chief executive of Valve, acknowledged in an interview with The Verge that his company was working on the Steam Box and had invested in Xi3, which has a new gaming PC, called Piston, on display this week at the Consumer Electronics Show in Las Vegas.

We interviewed David Politis, chief marketing officer at Xi3, a maker of modular computers that can be used either as server computers, regular PCs, or gaming PCs. Piston can run either Linux or Windows. 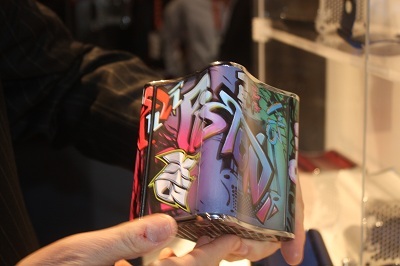 To be clear, the Piston computer pictured is probably not the exact same thing as the Steam Box, which in pictures looks very different. However, Xi3 is able to pack a lot of firepower in this little device. That makes the Piston’s specifications and general size a proxy for whatever Valve finally ships. Newell said that the Steambox will run the Linux operating system. 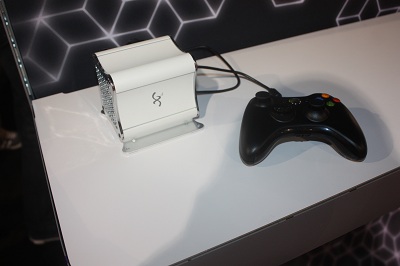 Politis showed us an exclusive case (pictured at top) for the machine, which can be configured with any kind of design on its shell cover. We looked around but didn’t see any cases with the name Steam Box on them. But note the thematic similarity of the names “Piston” and “Valve.” Wink, wink. Politis acknowledged that Valve has invested in Xi3, but he said he couldn’t talk about a Steam Box and has a non-disclosure agreement with Valve.

At CES, Xi3 unveiled the 7A series game machine coming this spring.

Piston packs a lot of muscle in a tiny space. It fits in a box no larger than the size of your hand. The device uses the Advanced Micro Devices “Trinity” combo platform which combines a microprocessor and graphics functions in the same chip. 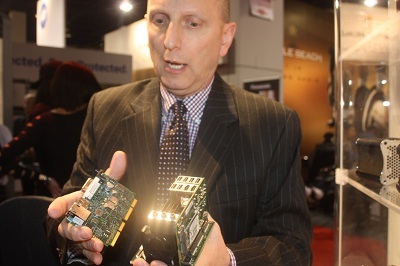 The machine has a 3.2-gigahertz quad-core microprocessor and 384 programmable graphics cores. It comes with 8 gigabytes of DDR main memory. It can support three monitors natively and two mini display ports. It has four USB 3.0 ports, four eSATA ports, and four USB 2.0 ports. And it has 64 gigabytes to 1 terabyte of storage, depending on price. It has three programmable audio ports. The storage can transfer data at a speed of 12 gigabits a second at the high end. 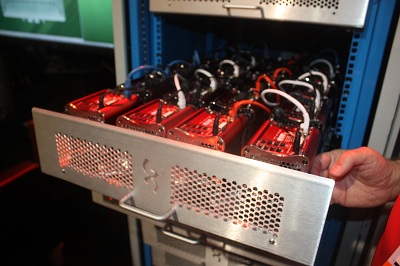 The device can run 4K resolution video and graphics. Piston consumes only 40 watts, compared to 1,000 watts for some of the high-end game PCs.

“You can use this for gaming,” Politis. “To fit it inside this form factor took a little bit of magic.” The device has 13 patents granted and the company has applied for 1,000 more.

One of the most interesting aspects is its modularity. You can pull apart the chassis by removing four screws. You can then snap out the circuit board (above left) and replace the central processing unit. You can also wire multiple devices together in a server rack for high-end data center processing (pictured right).

But this machine isn’t going to be cheap. It will cost $999 — higher than its earlier Series 6 version that currently sells for $499. Politis said Piston will ship in March. Newell told The Verge that he wanted a machine that is quiet and without a big optical media drive. The Steam Box has to have low latency and be open. Newell described Windows 8 from Microsoft as “unusable.” He said that the Steam Box will run a regular web browser and be able to access services like Netflix via the web.

Check out our video interview with Politis.