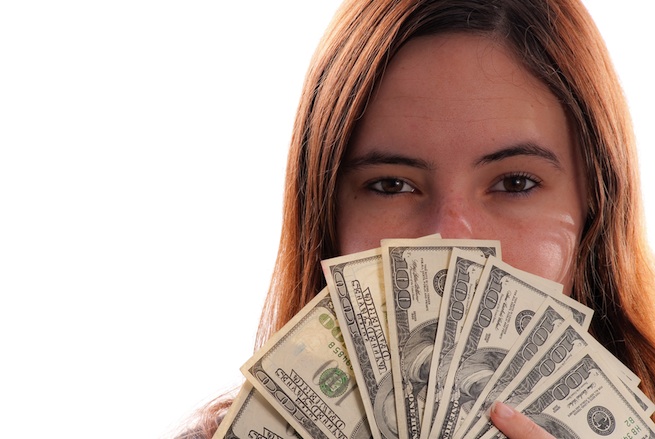 Big banks have been keen early-adopters and patrons of the “big data” movement.

One early proponent, Citigroup famously hired Watson, IBM’s number-crunching supercomputer, to help it decide what new products and services to offer customers. Big data technologies are already being used to clamp down on fraud and determine which customers are credit-worthy.

But similar technologies are also bolstering the efforts of competitors to traditional banks that are providing small-dollar loans to people in need. One such firm is ZestFinance, the brainchild of a former engineering lead at Google, which gives loans to people with bad credit histories. ZestFinance crunches far more data than a Main Street bank — it looks at thousands of indicators to determine which customers are most likely to repay a loan in full. These indicators might include the rate of answering emails or the level of interaction with potential employers on LinkedIn.

Likewise, Kabbage offers loans to online merchants that have little or no access to capital (editors’ note: Kabbage won the Innovation Showdown at VentureBeat’s cloud computing conference, CloudBeat). Kabbage looks at a range of external data, including social media streams. “If a small-business owner is interacting with customers on Facebook and Twitter, that’s an important sign for us,” said Rob Frohwein, the company’s CEO in a recent interview.

LendUp, a startup that Frohwin admires, recently raised a fund to dole out small dollar loans to give to people in need. The team of engineers developed a “big data” analytics engine to get a better picture of the borrower. In addition to demographic information and credit history, the algorithm also pulls in social data from Twitter, Facebook, LinkedIn, and other data sources such as email.

LendUp’s goal is to provide relief to a deserving market. It’s a nice idea in theory, but is the company’s algorithm advanced enough to truly pick out the borrowers that won’t default on a loan? As Wired’s Marcus Wohlsen points out, payday loan experts aren’t convinced that it is. Critics say that the tech community’s efforts to provide loan alternatives to people traditional banks turn away are misguided and that tech entrepreneurs are not going to overturn cycles of crippling debt anytime soon.

To better gauge the arguments on both sides of this question, we asked financial-technology investor Jon Soberg to duke it out with big data entrepreneur, Roman Stanek. Can big data play a role in alleviating poverty? And if so, what type of data is most useful to this new wave of lenders? Here’s what they had to say.

Yes. Especially in countries where there is no credit bureau 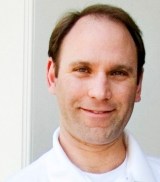 In many countries, there is no credit bureau. Credit is simply not accessible for many people; this is not only true for individuals, it is also true for firms. Nobel Peace Prize-winning Professor Muhammad Yunus, founder of the Grameen Bank, believes that credit is a human right, and the Grameen Bank is at the forefront of making this happen in the most impoverished nations through micro-finance.

We are also seeing a new generation of profit-seeking lenders who are making credit more accessible to both firms and individuals though big data technology.

In countries lacking basic financial data that we take for granted in the US, companies such as Lenddo are using alternative data sources, particularly social media data, to underwrite loans. Lenddo is operating very successfully in the Philippines, catering to the emerging middle class, and offering access to credit that has not existed before in a profitable and non-predatory way. Using social media, they are able to understand enough about a person to assess their ability and willingness to pay and even influence payment using micro-finance-type approaches.

When I worked at Ditech.com in the mortgage industry, underwriting was the critical component of the lending process. I always found it perplexing that the data used in underwriting essentially didn’t change. A FICO score was the key determinant between a prime and subprime customer but was not necessarily highly correlated to the customer’s viability. Today we are seeing a new breed of entrepreneurs going into the financial services industry with a refreshingly new approach.

Did you know that people running a specific version of Windows in Poland are least likely to pay back a loan? Kreditech and ZestCash use literally thousands of data points to assess credit worthiness, and Kreditech can get cash to someone typically in 15 minutes.

One of the key pushbacks when I discuss this new breed of lenders is privacy. Clearly, giving a financial institution carte blanche access to social media is akin to giving away your first born. However, the depth of data necessary to make better underwriting decisions does not need to be as personal as some might assume. Paying attention to the particular schools you attended, where you live, and the employment levels of your friends can be extremely meaningful in a financial decision, and that data is usually publicly available.

I’m not going to argue for a complete lack of oversight or for no regulation over the use of data, but I am saying that there is huge upside for everyone in using some of this data. It is even more pronounced in places where little financial infrastructure exists, and for people who have little or no financial history.

The bottom line for me is quite simple: Big data will provide the ability to make credit available to a much larger percentage of the population and to do it more efficiently than other methods. Using big data responsibly, we will make the world a better place.

I see it all the time: the notion that data mining by itself can cut risk — to the point where banks decide whether or not to issue loans. How? By evaluating and analyzing revealing social media data pertaining to a person or small business requesting funds.

I’m obviously a proponent of using data to help make money, whether that’s by increasing revenue, boosting profits, or minimizing risk. But I have to draw a line against the latest concept being currently discussed in the banking industry: capitalizing on the barrage of social media, such as Tweets and Facebook posts, to decide who does (and does not) deserve of a loan.

To me it’s a question of ethics. We need to set boundaries so that companies aren’t mining intimate information we deliberately or unknowingly reveal about ourselves. Is it fair, for example, to hold a college grad’s photo of celebratory drinking against her when she asks for a small-business loan years later? To me, the answer is an obvious no. Society should not let someone’s moment of innocent indiscretion affect her life. If we are to be held accountable for information that defines us, let it at least be something over which we have control, such as our credit score.

As a society we sometimes forget about ethics as we strive to find new ways to build wealth. We’re still living with the ramifications of that ethical lapse when banks fell over themselves to issue subprime loans to people who could never afford them and other banks sold unsafe mortgages to unsophisticated buyers. Without an ethical compass, the financial industry lost its way and dragged down the global economy.

Don’t get me wrong. I’m not suggesting data has no role in a bank’s risk analysis. Collecting the appropriate data, processing it, and presenting it in a way that enables business people to glean insight will become even more vital to the banking industry. I am saying that the decision process needs to incorporate the right data, seasoned with a healthy dose of ethical consideration.