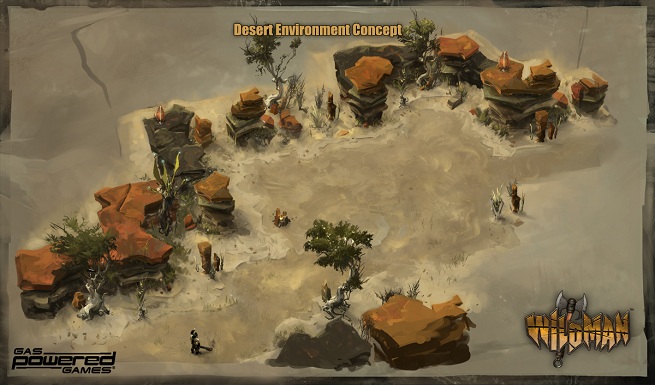 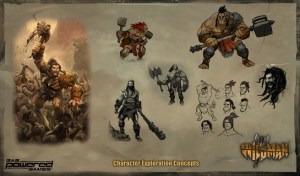 The title is a hybrid of action-oriented role-playing releases and real-time strategy. Taylor, founder of Gas Powered Games, said in an interview with GamesBeat that players will explore dungeons and landscapes in a typical fantasy role-playing setting. But they can also enter a War Zone, where the player controls a single hero — a “wild man” — in the middle of a raging battle. The hero can tip the balance of the fight, but if your enemy switches tactics, you’ll have to reconfigure your force to counter.

During encounters, you can upgrade your armies with new technology, execute special abilities, build defenses, change your units, and push an enemy back to its base. In between the War Zone skirmishes, you go on adventures, slaughtering monsters to get new weapons, armor, and material to craft new items. Wildman fuses two different kinds of games, and it will let you indulge your inner barbarian. 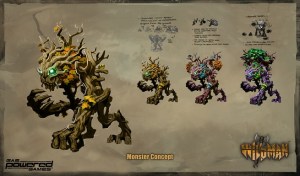 “I am doing something that I wanted to do before but couldn’t,” Taylor said. “It’s a hybrid game. Your hero is a persistent character and fights like they do in the film Braveheart. But you go on adventures as well. This is Reese’s, with the chocolate and peanut butter together.”

In the past, Taylor has always made games for publishers. He is a bit of a wild man himself. But the quirky and personable Taylor (who was our goofy emcee at our GamesBeat 2009 conference) might have the reputation to go out on his own. Other veteran game developers such as Tim Schafer of Double Fine Productions, Brian Fargo of inXile Entertainment, and Jordan Weisman of Harebrained Schemes have raised millions of dollars successfully through Kickstarter.

The setting for Wildman will move through different ages, where characters will fight with everything from primitive clubs to beam weapons. The universe starts at the dawn of humanity, but it includes magic within a fictionalized history.

“We follow the technical evolution of mankind,” he said. “We do the bronze, stone ages. It’s like a page out of Civilization.” 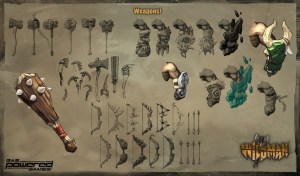 Taylor said he turned to crowdfunding, so he could seize control of his own destiny. His team recently came off a project and downsized from 60 people to about 20. If the Kickstarter succeeds, the company will be able to build up again and work on the new title. The core group built games including Total Annihilation, Dungeon Siege, Supreme Commander, Age of Empires Online, and Demigod. Gas Powered Games hopes to raise $1.1 million.

The PC title will release in digital form over the Internet. It will include single-player and cooperative-multiplayer modes. The game will also make use of an interesting web-based technology that Taylor has been developing, dubbed Project Mercury. It is a web-based development environment that stores data in the cloud. It makes it easy to create mods from an in-game menu.

Taylor has talked about making a title called Kings & Castles, but that offering will be much more expensive to build than Wildman. So the company will tackle Wildman first and then build up to Kings & Castles later. Taylor thinks it will take about a year to make Wildman, meaning it could launch in early 2014.

“This game is smaller and more flexible, and it can grow up dynamically,” Taylor said. 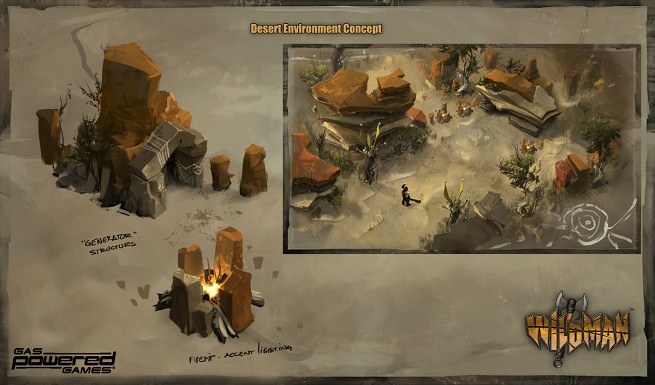