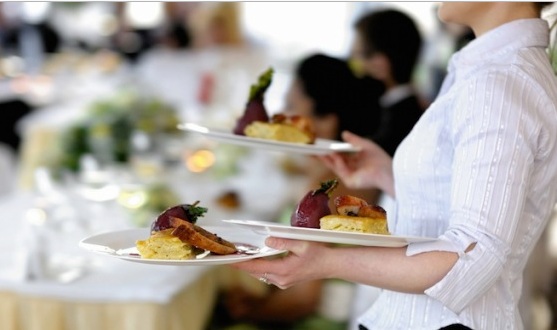 The arrangement will see PayPal’s payments offering implemented within NCR’s mobile apps and services for restaurants and other retailers. At first, PayPal will merely be a checkout option within NCR’s Mobile Pay app, which lets restaurant-goers place orders, call their waiter, and even checkout from their phones. But eventually, PayPal will offer that mobile dining experience within its own mobile apps whenever you check-in to a participating NCR-customer restaurant.

While it may sound like yet another fluffy deal for PayPal (the company just proudly announced that 23 retailers are using its POS solution), it could end up being of the most significant developments for PayPal in its quest to become the One True Payment Service. NCR has been around for 128 years, it’s deployed more than 100,000 self-checkout kiosks for retailers, and it powers payments for 38 percent of the top 100 restaurants in the U.S. That’s a massive reach, and thanks to this deal PayPal now has a golden ticket to NCR’s customers.

At a small dinner with press and analysts tonight, NCR’s chief technology officer and executive vice president John Bruno explained how PayPal’s broad payment offering — from desktop to mobile and everything in between — fits into his vision of the transformed retail world:

NCR isn’t just banking on PayPal though — the company is open to similar deals with other mobile payments providers down the line. NCR processes 275,000 transactions per minute, and more than 300 million a day, Bruno said. The deal will help both NCR and PayPal, who both need to make sure they stay on Square’s toes (especially after Square’s massive Starbucks deal.)

Initially, NCR will integrate PayPal’s payments in restaurants, gas stations, and small convenience stores. The deal will also let NCR put its marketing service within PayPal’s mobile apps, which will give you access to coupons, special offers, and more when you check-in to stores.