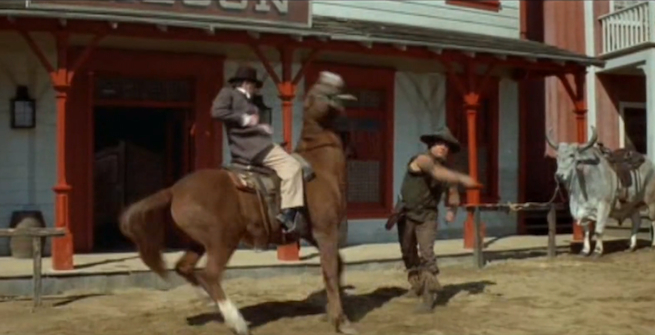 Yesterday, I ran down some of the funny ways that developers use Xbox 360 Achievements and PlayStation 3 Trophies to tell players that they suck. Today, I’m getting a little more positive — if a bit morbid — with a bunch of virtual doodads that center around all the funny ways we can kill imaginary things.

I’m just confused all over on this one.

This Xbox Live Arcade-exclusive 2D platformer is mostly about avoiding and eluding attackers from the Red Planet, but that doesn’t mean that you can’t score a few points for Team Terra along the way. The Achievement’s title refers to the accelerations due to gravity on Mars and Earth respectively, the upshot being that one of our pushable objects sitting at the same height as a Martian one possesses just over two and a half times more potential energy. So between this and that whole “incredibly vulnerable to Earth bacteria” oversight, those aliens didn’t know what the hell they were doing.

Sleeping Dogs — “A Slap in the Face”
Value: 10G/Bronze Trophy
“Kill someone with a fish.”

Have you ever noticed how much fictional criminals like aquariums? You can usually tell how much weight a bad guy pulls by the number of fish he keeps in whatever club or restaurant he uses as a base. It makes sense, I suppose; aquariums are really relaxing, and even upper-level criminal masterminds need to unwind at the end of the day. Developer United Front’s open-world action game Sleeping Dogs turns this right around by allowing players to straight-up murder guys with these gentle stress-balls of the sea.

Just Cause 2 — “Follow Me!”
Value: 15G/Bronze Trophy
“Kill 5 enemies by dragging them behind a vehicle with the grappling hook.”

“Follow Me!” didn’t make this list because I think dragging people behind trucks is inherently funny. I’m just throwing that out there for liability purposes and so you don’t think I’m crazy. But it still makes me chuckle because of the earnestness of its title, which suggests a guy valiantly charging up a fortified hill or making his horse rear up before setting off on the path to adventure. Only, you know, dragging a corpse behind him.

Fairytale Fights — “Good for Your Eyes!”
Value: 15G/Bronze Trophy
“Kill a bunny with a carrot.”

I’m a huge fan of Entertaining Comics-style poetic justice, which is why this reward first appealed to me. “Yeah, screw you, bunny,” I thought. “At last, the carrot shall have its revenge.” Then I did a little more research and learned that the bunnies in question aren’t even enemies; they’re just random cuteness populating the Fairytale Fights world. You unlock the Achievement or Trophy by attacking an adorable creature who never meant you any harm, and which probably spends its last few seconds of its virtual life thinking, “Oh, look! Someone nice person is bringing me a carrot!”

I just made myself sad, but it’s still kind of funny.

The Incredible Hulk — “Let’s Do Lunch!”
Value: 10G
“Crush 10 enemies by throwing either a taco, an ice cream cone or a doughnut.”

“Let’s Do Lunch!” combines the enthusiasm of “Follow Me!” with the food-centric carnage of “Good for Your Eyes!” It’s basically the Achievement equivalent of a Reese’s Fast Break candy bar. It also makes me imagine the Hulk handing out business cards, which I imagine are the size of magazines and on which he has hastily scribbled his misspelled contact information with a giant Crayon. Plus, the idea of killing a bunch of guys with a comically large donut is, in itself, pretty funny … unless you’re one of those guys, obviously. 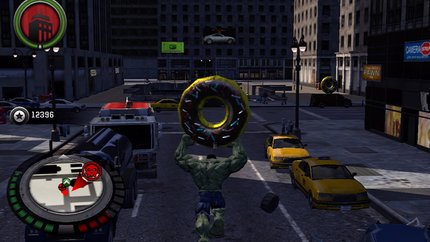 Rick, the hero of developer Namco Bandai’s remake of 1988’s famously profane beat-’em-up Splatterhouse, is one of the most optimistic video game characters in recent years. You or I might lose an arm in a fight with a demon and think, “Oh, no! My Sandwich Hand! Also, why am I fighting this demon?” Rick, however, looks at his still-twitching limb lying on the floor and realizes that the demon has only provided him with a handy weapon (literally and otherwise). He has the luxury of knowing that his arm will grow back eventually, unlike ours, and he’s also a frightened college student wearing a sentient mask that grants powers in exchange for blood. It’s pretty much the ideal setup for keeping on the sunny side of that whole demon situation.

Borderlands — “My Brother Is an Italian Plumber”
Value: 15G/Bronze Trophy
“Kill an enemy by stomping on its head”

The Borderlands series is not afraid to cram as many references in as possible; it probably has as many nods to movies, TV shows, and other games as it does types of shotguns. So it isn’t really surprising that the first installment would contain an overt Mario reference. What really pushes this reward over the top, however, is that watching someone try to complete it is probably the funniest thing about it. Those head stomps don’t do much damage, after all.

Sometimes, Achievements and Trophies encourage you to act like guys from action movies of the ’80s and ’90s; this is among their most important cultural contributions. Take another of Legends of Troy’s rewards, “There’s No Escape,” which unlocks after the first time you kill a fleeing enemy by throwing a picked-up weapon. It resonates in the same way as that scene from Predator in which Dutch throws a machete at a guy, pins him to a wall, and then takes a moment to say “Stick around” before he scampers away to spread his particular brand of joy elsewhere.

“Now That’s Just Mean…,” like a lot of Achievements and Trophies, asks you to do the same badass thing a bunch of times, thus evoking the Law of Diminishing Returns. The act of picking up things and throwing them at guys who are running away goes from awesome to boring, but then it crosses over into absurd when you realize that by all rights, the enemies should have stopped trying to run away after the fourth or fifth time they saw you do that.

Star Wars: The Force Unleashed II — “Poor Bob”
Value: 10G/Bronze
“Force Grip a Stormtrooper, impale him, zap him with Lightning, then throw him into an object.”

Well-planned Achievements and Trophies can get you to try things in games that you normally wouldn’t and teach you how to interact with the virtual world in new and interesting ways. Fable II, for example, has you kill a rabbit to demonstrate how the civilian-sparing “safety” feature works. “Poor Bob,” in addition to just being a funny thing to do, also incorporates all the game’s major offensive Force powers to show you how they fit together. It demonstrates two key concepts in the game: first, that you can build your own combos, and second, that if you so choose, you can just keep jacking up the same guy for as long as you want. 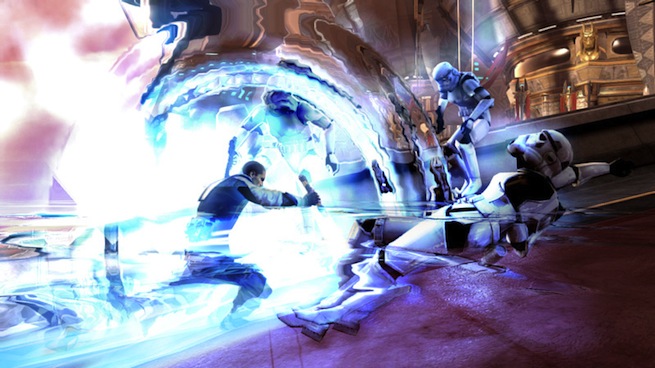 Warhawk — “That Was Some Bug”
Value: Gold Trophy
“Kill an enemy who is flying a jetpack by hitting him with any vehicle or aircraft.”

The jetpack is one of those things that people want even though they know that it would probably just get them killed, possibly hilariously. But video games provide a safe outlet for our ‘pack lust, which is why they’ve shown up in such disparate franchises as Halo, Red Faction, and Tribes, the marketing slogan of which should have been “This game is about jetpacks.”

The tactical value of strapping a few pounds of fuel to your back and lighting it is clear in games: You can get to where you’re going faster, more directly, and safer than if you were to take your chances on the ground with all the people trying to shoot you. But “That Was Some Bug” injects a sad bit of reality into happy jetpack time and then tops it all off with a name that mocks your silly little aspirations of flight.

I’m not actually sure if this is funny anymore. I really just want a jetpack.

Secret Service — “The Exact Opposite of Your Job”
Value: 0G
“Shot the man you were hired to protect.”

Secret Service is back with another Achievement that will not affect your Gamerscore in the least. I think the developers made the right call on this one, though; it would be tacky to award players points for shooting the President. But good on them for acknowledging that some players might just be that bad at games.

I’m not entirely sure that this Trophy belongs on the list, since I don’t have any doctors around to ask if a gunshot wound to “the middle of the rear end” is necessarily fatal. But I’m going to go ahead and assume that if it isn’t, the victim would wish it had been. 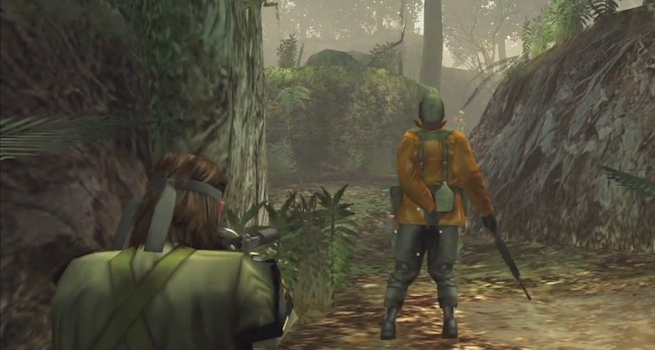