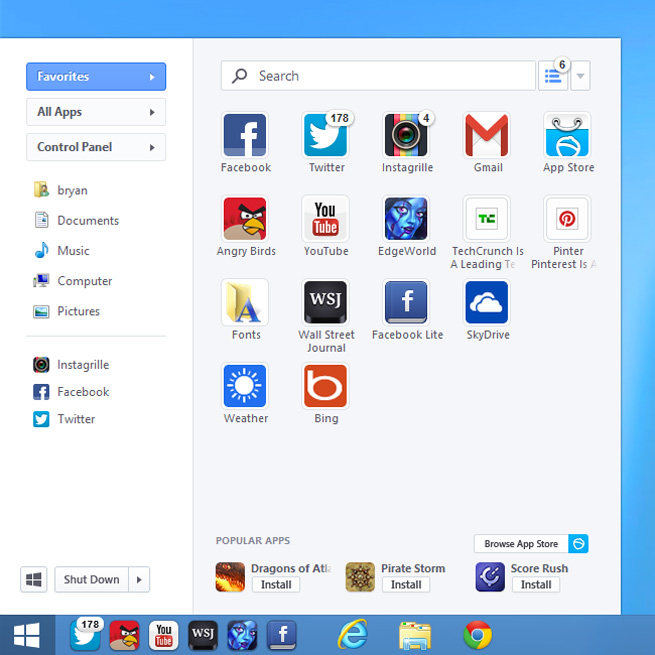 Apparently a lot of people miss having the Start menu in Windows 8. SweetLabs’ Pokki app, which adds a Start menu and app launcher to the Windows 8 OS, has attracted 1.5 million downloads to date.

Pokki for Windows 8 launched back in mid-October and hit 500,000 downloads on Dec. 20. In just a few weeks, the app has tripled in popularity with 1.5 million downloads. And people are using it — SweetLabs said that users open the Start menu an average of 10 times a day.

To celebrate the milestone, SweetLabs has updated Pokki with a refreshed interface and a brighter color scheme, which you can see in the photo above. The company said the app now has a more accurate search function. Ng puts the changes in two major categories:

SweetLabs still has plans to monetize Pokki by offering paid apps that can be accessed from the app. Ng said that paid apps will likely be tested “some time this quarter.”