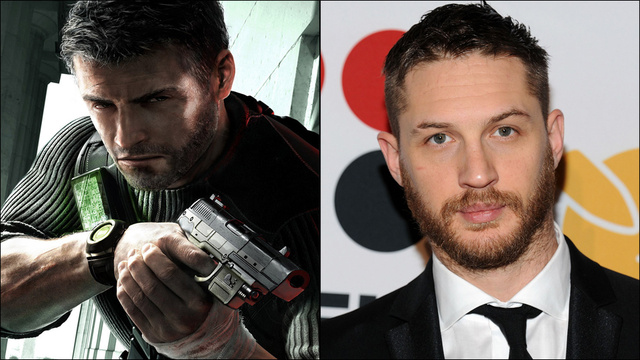 Film studio New Regency recently partnered with Ubisoft for the game publisher’s self-produced Assassin’s Creed film. Now, the two companies will collaborate again for a movie based on Splinter Cell.

In November, GamesBeat reported that Ubisoft Motion Pictures solidified a deal with actor Tom Hardy for him to star in the film based on the stealth-action franchise. Hardy, who starred as Bane in The Dark Knight Rises, will take the role of Splinter Cell star Sam Fisher.

Ubisoft and New Regency expanded their previous deal to include the Splinter Cell film. Ubisoft Motion Pictures will handle most of the production, while New Regency will help with distribution.

The International writer Eric Singer will write a script for the film.

“Tom Hardy is one of the biggest talents in the film industry, and he has a phenomenal ability to take on complex and varied roles with his broad range of acting skills,” Ubisoft Motion Pictures chief executive officer Jean-Julien Baronnet said in a statement. “His involvement in the Tom Clancy’s Splinter Cell movie is exciting news for movie and video game fans alike. In addition, Eric Singer is one of the most talented writers today.  We’re confident he’ll bring a fresh approach and create a thrilling story for the Tom Clancy’s Splinter Cell movie, while still respecting all the codes and traditions of the franchise that are so important to fans.”

Tom Hardy will next star in Mad Max: Fury Road.