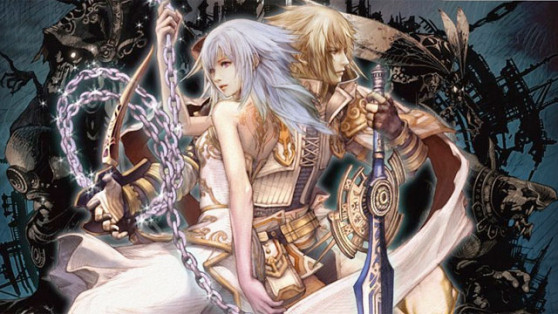 The niche publisher Xseed has just made role-playing game fans everywhere extremely happy. It announced today that it’s partnering with Nintendo to bring the third and final Operation Rainfall game, Pandora’s Tower, to the Nintendo Wii this spring.

Operation Rainfall is the fan campaign that IGN forum members originally started in June 2011 to help bring three Japanese role-playing games to the U.S. When we spoke to Xseed Games in August of last year, it revealed no plans to localize Pandora’s Tower even though the company saw its biggest success with The Last Story — another of the Operation Rainfall trio, which also includes Xenoblade Chronicles.

“The Last Story is exceeding our sales expectations and is on track to be Xseed Games’ best-selling title ever,” executive vice president Ken Berry told GamesBeat at the time. But he denied any interest in Pandora’s Tower, a game where players race to save a maiden from an evil curse by exploring 13 towers and collecting the flesh from the monsters within. Japanese developer Ganbarion and publisher Nintendo released it in Japan in 2011, and it’s since come to Europe and Australia — but not North America.

“No, that is not a title that we have ever considered,” Berry said previously. “Also, I don’t think receipt of The Last Story in the U.S. will affect our decision either way. The Last Story was the one and only title we had our sights set on from the start.”

Xseed is an independently minded small company and said that it publishes games “we believed in and wanted to support” as well as those that its fans highly desire “as ultimately we’re servicing them.”

So what changed the team’s attitude toward Pandora’s Tower? Xseed didn’t get too in-depth in its answer, but the reason may be obvious.

“Thanks to the great fan support and success of The Last Story, when the opportunity presented itself to publish Pandora’s Tower, it was an easy decision,” Berry told us today. “We knew it was a fun game from having played it, and regardless of where the Wii may be in its lifecycle, we believe that fans follow the games they want, so we have faith it can still sell well on that platform.”

On behalf of the Operation Rainfall staff, Richard Ross told GamesBeat, “We here at Operation Rainfall are extremely grateful for everything Xseed Games has done and will ever do. Picking up Pandora’s Tower to publish is the cherry on top of an already delicious cake. As always, we encourage everybody to show their support for Xseed Games by purchasing Pandora’s Tower; you can bet we will!”