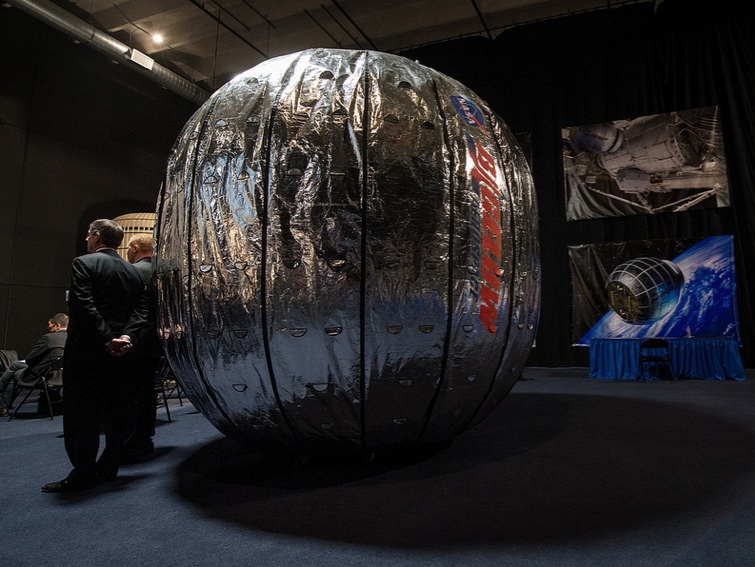 Remember that inflatable extension to the International Space Station that NASA announced earlier in the week? Well, the space agency has finally revealed some photos as well as a demonstration of how it will connect to the space station itself.

The extension, officially called the Bigelow Expandable Activity Module (or BEAM), will test expandable space habitat technology. The BEAM is scheduled to launch aboard the eighth SpaceX cargo resupply mission to the station contracted by NASA, which is currently planned for 2015. Astronauts will use the station’s robotic arm to install the inflatable BEAM module and then begin a two-year test of the technology, according to NASA.

While the photo above may just look like a super huge spacey baked potato, the BEAM will actually provide much needed room in what’s otherwise cramped quarters.

Check out the simulation video of the BEAM connecting to the station embedded below.