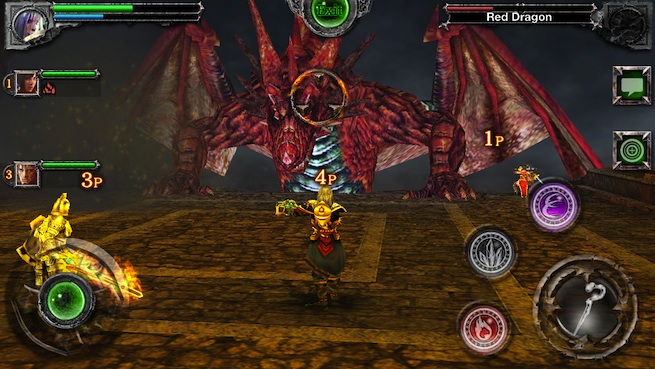 The first Kingdom Conquest was a surprise hit in Sega’s slate of mobile games when it launched in 2011. The free-to-play massively multiplayer online role-playing game looks crude, but the average paying player spends enough money per month to buy “two new console games,” according to Sega of America’s director of online operations Ethan Einhorn.

While most of its success has come from international markets like Japan, Thailand, France, and the Philippines, Sega is hoping the sequel (released today for free on iOS and Android) will become more popular in the U.S. with its updated visuals and complex layer of systems. The developers are so confident about Kingdom Conquest II that they’re touting its release as the arrival of the “second generation” of strategy games for mobile devices.

That’s quite a lofty promise. If nothing else, Kingdom Conquest 2 is ambitious, combining three distinct genres into a cohesive gameplay experience. Before you jump in, here’s a quick glance at how you can use those different mechanics to your advantage. 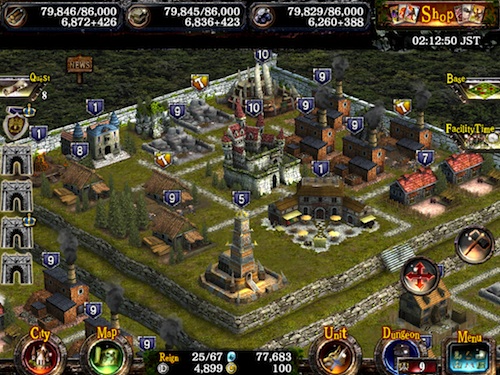 As a lord in the land of Magna, your goal is to conquer as many territories and other players as you can. A crucial part of gaining that power is building and fortifying a kingdom that’ll give you enough resources (wood, stone, and iron) for battle — the size of your army is dependent on how many resources you have. You’ll want to construct your sawmills, ironworks, and stoneworks facilities near their respective sources (including a warehouse to store it all) for an easy resource gathering bonus. You can then increase the production speed and the maximum capacity by upgrading the buildings.

When you improve your city, you also increase its health points. Other players can invade your territory and deplete that number by defeating your army. If you lose too many battles, they gain control of your kingdom entirely, absorbing you into their guild or alliance. Only your allies (if any) can save you or try to negotiate with your captors.

To keep the playing field competitive, Sega breaks up the pace into three- or four-month phases it calls “seasons.” It crowns one player as the one true king based on the total number of towers they control (found in conquered territories). Afterward, the game world is reset — you only keep your stats, monsters, and equipment. The winners from the previous seasons will have some slight advantages going into the next one, but everyone will have to start building their kingdom from scratch again. 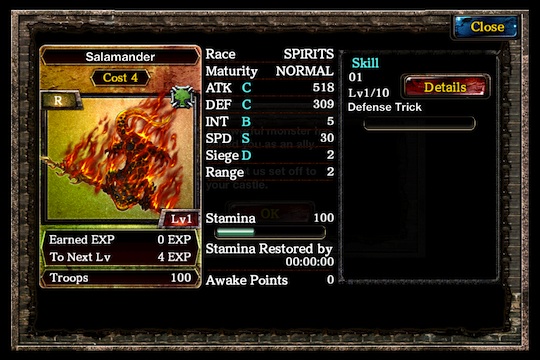 The only way to recruit soldiers to your cause is to collect a series of monster cards when exploring dungeons. Each card grants you the ability to produce the type of creature depicted on it (some being more rare than others). You organize them into battle-ready units, tweaking formations and selecting a commander to lead them. The fights automatically play out based on your units’ stats. If they die, you still keep the card itself.

The size and strength of your troops is all that stands between you and your rival kingdoms, so it’s important to collect as many as you can. But if you’re impatient about earning them the regular way, you can spend real money to buy more CP, a type of in-game currency, to purchase cards. One reason why some people do this is because of the ability to synthesize cards into stronger forms with enhanced skills. 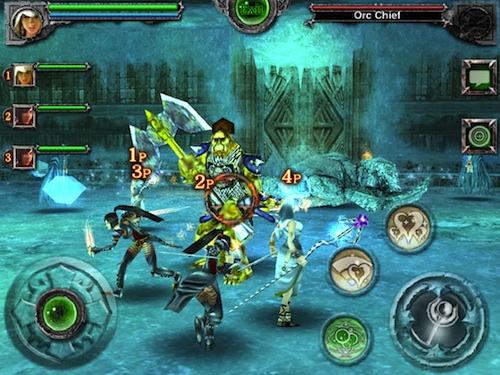 If you’ve played other RPGs like Diablo III or Torchlight 2, this will sound familiar. You pick from a handful of classes (Ninja, Warrior, Swordsman, Mage, and Saint) to raid dungeons with up to three other players by your side, diving deeper into its levels until you fight a boss. Your reward for completing them are new pieces of equipment and “clear tickets,” the latter of which you can redeem for cards.

Each dungeon has its own specific set of cards to randomly draw from. The number of tickets you receive at the end depends on the difficulty level you play on: easy will earn you two tickets, normal with four, and hard gives you six. The tougher difficulties will also give you a better chance of grabbing rare cards.

However, you can only venture into the dungeons a certain amount of times per day. If you want to go over that limit, you’ll have to spend some real money to bypass it.